By Colleen Frye
ChannelPro had the chance to catch up with Trusted Tech Team, ConnectMeVoice, and CrowdStorage at the recent SMB Forum in Dallas. From security to VoIP to cloud storage, see what they have in store.
Tweet 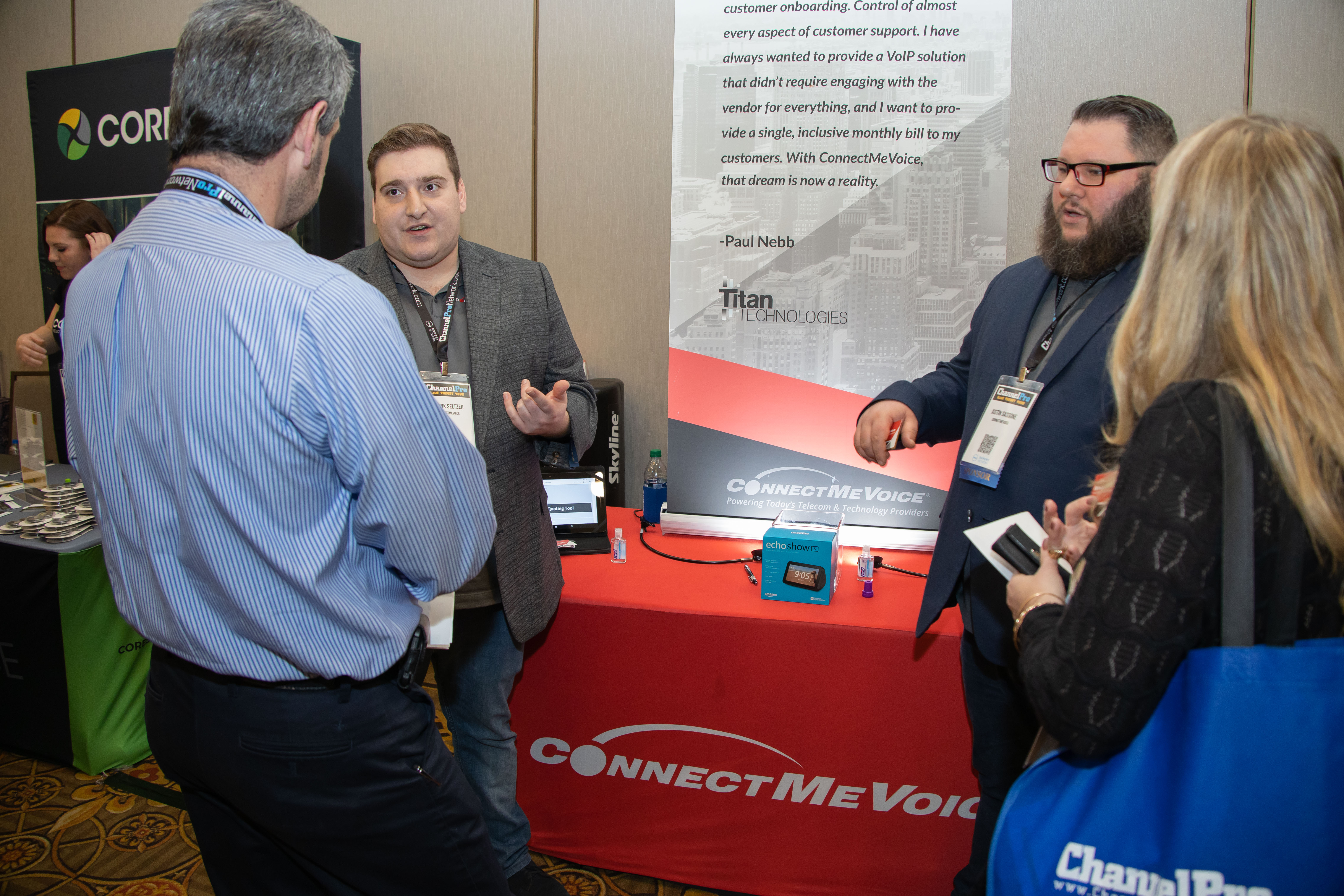 VoIP provider ConnectMeVoice will be rolling out its integration with the ConnectWise PSA in the second quarter of the year, according to Frank Seltzer, who was appointed channel chief in February after serving as partner engagement manager for the company. ConnectMeVoice currently integrates with the Autotask PSA, “but we want to recognize both camps,” he says.

It’s a feature Seltzer says partners have been asking for. “We take a lot of partner requests very seriously. We have advisory council meetings every month, to kind of get an idea of what the hot topics are there out there, what they like, what they dislike. We put them on a timeline and try to get them executed as quickly as we can.”

Partner feedback was a key reason ConnectMeVoice added Microsoft Teams integration at the first of the year too.

Going forward, Seltzer says the New Jersey based company plans to expand its market geographically this year and is in the process of growing the sales team.

See more in News Bytes from the ChannelPro SMB Forum in Dallas:

Kaseya Has Faster Patching, Cloud Management, and Cloud Security on its Roadmap for the Year Ahead
END_OF_DOCUMENT_TOKEN_TO_BE_REPLACED

LG Gram for Business 17 (2020): Big Reasons to Like It
END_OF_DOCUMENT_TOKEN_TO_BE_REPLACED