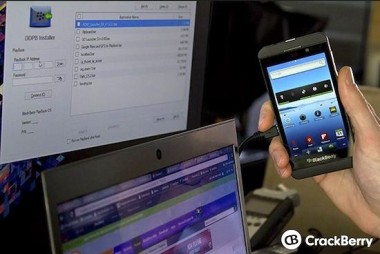 In an article from New York Times sales in the U.S. of BlackBerry's Z10 and the Q10 in the U.S. are "getting a warm welcome from Verizon Wireless, the biggest American carrier." But that doesn't mean that niche app developers are filling the BlackBerry World coffers with pro AV technology, lighting and audiophile apps. I have been watching for them. Am I just not seeing them?

While iOS and Android have a few million apps in the bank already, it is understandable that this will take some time. But how much?

I thought I would give end users some time to get the BlackBerry Z10 and Q10 in hand, download some apps and start using them before I started to collect the apps. So, I have been in search of AV and IT apps and have checked out different blogs on CrackBerry and reviews on BlackBerry World, where Z10 users go to download apps and have compiled a few of the most popular as well as a couple that haven't been out for long but look like they have promise. It's a start.

After spending several hours searching through apps I would like to recommend that BlackBerry require better screen caps from the developers. The screen caps don't provide enough information to let you know what to expect. The User Interface is everything on a smartphone.

If you are a BlackBerry Z10 user and come across some new apps that really make a difference in your work life, please leave your comments below to share with others. We're looking for audio, video, lighting, IT and productivity apps.

Also curious if you are a BlackBerry Z10 user if you switched from another platform or did you just stay with the brand?

Click on “view this slideshow” in the blue bar to see each product.

See more in The Most Popular Blackberry Z10 and Q10 Apps for Your IT Work and Music Life:

The best apps for IT pros. With these mobile apps, you can interact with your network from any location using your Apple iOS or Android mobile device. This collection of apps presents 11 highly rated mobile tools that will accomplish a variety of network tasks. Also included are a few IT toolkits that can accommodate most tasks from connection speed tests to network monitoring. Other apps account for multiple specific network tools from Ping and DNS reports to mobile apps that mimic network and administration and control software.

I have rounded up twelve iOS and Android apps that I consider essentials for work. There is an app that I consider the best for unit conversion and the absolute best voice recording app I use for recording meetings so I don't miss anything and an app for those who like to take notes the old fashioned way. In all there are twelve different types of apps that are guaranteed to make your life easier at work. What more could you ask for?

Find apps that let you annotate content, import previously downloaded content, and even keep track of your reading across devices.

App Trends: 4 Apps That Suggest the Future of Mobile Apps

ICYMI: Our Channel News Roundup for the Week of August 3rd
END_OF_DOCUMENT_TOKEN_TO_BE_REPLACED