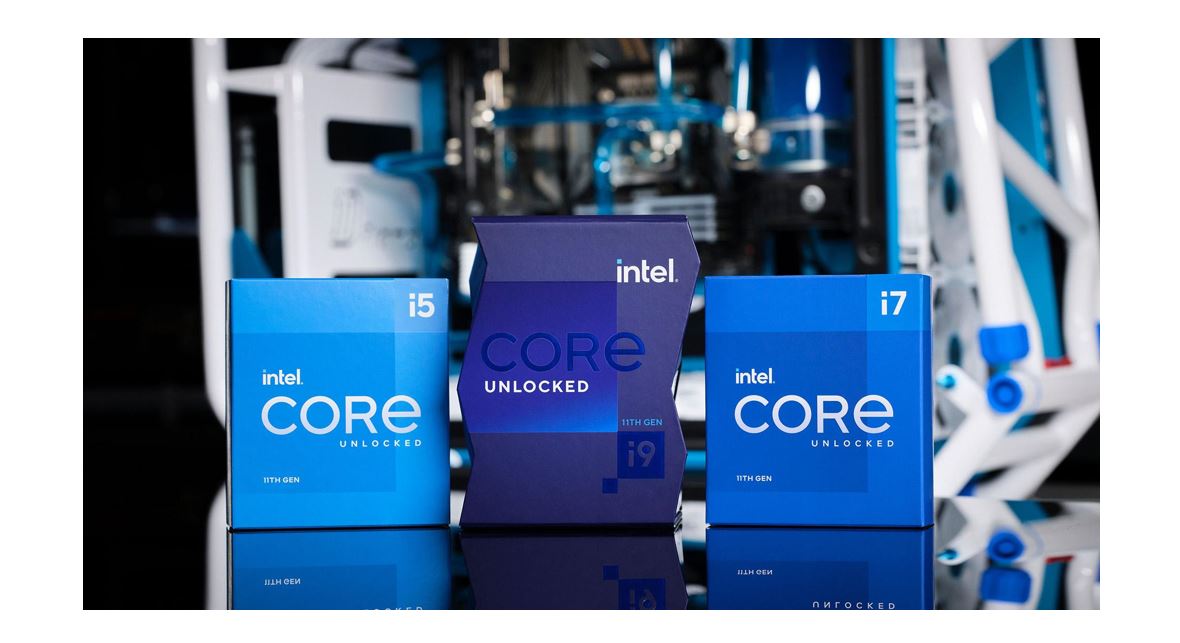 Though Intel’s biggest launch of the year in data center processors, the introduction of its 3rd Gen Xeon Scalable family, occurred earlier this month, there are plenty of client processors still to come.

“We have a strong roadmap, and we’ll deliver a continuous cadence of innovation this year,” Long said this morning.

That series of debuts began in March with the release of Intel’s Rocket Lake-S desktop chips (pictured) for gamers and PC enthusiasts. Coming up next, during the current quarter, is the Tiger Lake-H series of mobile processors.

“This is our current highest performing mobile processor and was born for gaming creators [and] mobile workstations, pushing resolutions of up to 4K over 120 frames per second,” Germano said. A second round of Tiger Lake processors for thin and light notebooks, the platform’s R series, will reach market later this year.

Coming in the second half of the year as well is the Alder Lake-S family. “This is our next-generation processor that represents a significant breakthrough in x86 architecture,” Germano said. “We’ll combine high-performance cores and efficiency cores into a single product.”

Of course, that and the other systems Germano discussed are all 10nm products. Where do things stand with Intel’s long-awaited 7nm platform?

See more in Intel Talks Demand, Supply, Roadmap, and Partner Program in the Year Ahead:

UPS Systems Even Scotty Would Love

Although rarely needed, uninterruptible power supply units keep the phones ringing, Internet humming, and even the warp core online when the lights go out.

Let’s take a look at all the capable hardware available now (or coming really soon) that could very well be the one productivity device a user needs.

Does your client need to digitize lots of paper? Check out our purpose-built scanner picks and see which one fits the bill.

ChannelPro 5 Minute Roundup for the Week of May 23rd, 2022
END_OF_DOCUMENT_TOKEN_TO_BE_REPLACED