Intel by the Numbers

By Rich Freeman
One of the most storied and iconic names in technology officially turned 50 years old on July 18. In honor of that milestone, channel executive Todd Garrigues outlines some key figures defining where the company’s been and where it’s going.
Tweet

Intel Corp. was founded on July 18, 1968, by Robert Noyce and Gordon Moore. 50 years later the company employs roughly 100,000 people around the planet and turns out an astonishing 10 billion transistors per second. Here’s a look at some other numbers of note about the industry mainstay that define its past, present, and future. 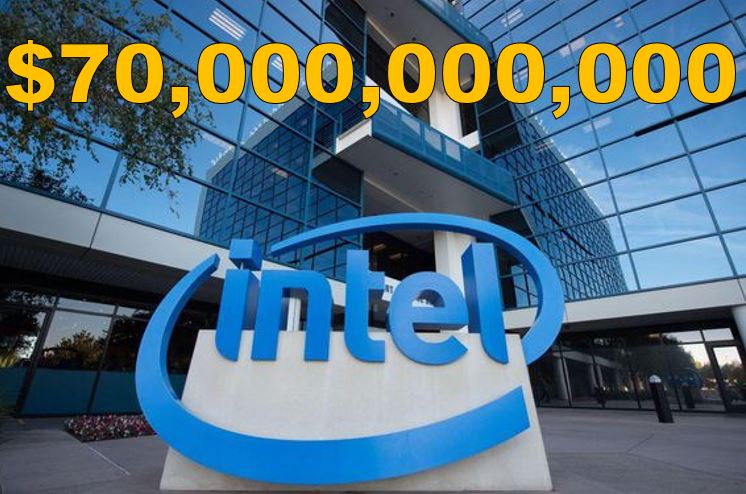 That, according to Intel, is a rough estimate of the total addressable market for PCs worldwide. It’s a hefty sum, and long the central figure behind Intel’s product and partnering strategies. But $70 billion isn’t cool. You know what’s cool?

That’s the much larger total addressable market Intel is now going after in artificial intelligence, augmented and virtual reality, 5G networking, the Internet of Things, and other next-generation technologies.

“There’s a lot more growth ahead of us,” pledges Todd Garrigues, director of partner sales programs at Intel, who adds that aggressively pursuing the next new thing is business as usual for the company.

“There’s a great quote by one of our founders, Robert Noyce, that gets repeated fairly often internally, and that’s ‘don’t be encumbered by history, but go off and do something wonderful,’ says Garrigues. “We’re challenging folks to try to think differently about these new opportunities.”

And to make a few mistakes potentially along the way, he adds. Taking risks has long been embedded in Intel’s culture.

“It literally is on our badge as an Intel value, and it’s one of the things that we talk about with all of our teams regardless of their role,” Garrigues notes.

See more in Intel by the Numbers:

Intel Sees Opportunity and Simplicity Ahead for 2019
January 28th, 2019

Remember the old adage, beauty is in the eye of the beholder.

12 Ways to Upcycle Your Old Computer

Sooner or later your tech gear is going to die or simply become obsolete. Don't throw it out, turn it into something cool and useful!

Take a break from all your tech to visit with old friends Sonic the Hedgehog, Ms. Pacman, Tetris, Mortal Kombat, Space Invaders and more!

Most wouldn’t confuse a thumb drive for a NAS, but NAS and DAS often look alike. We take a look at 5 excellent multibay DAS devices.

How to Be an MSP: 7 Steps to Success
END_OF_DOCUMENT_TOKEN_TO_BE_REPLACED