By Rich Freeman
The diverse offerings are designed to take advantage of the performance gains and use case flexibility provided by the 3rd Gen Intel Xeon Scalable platform.
Tweet 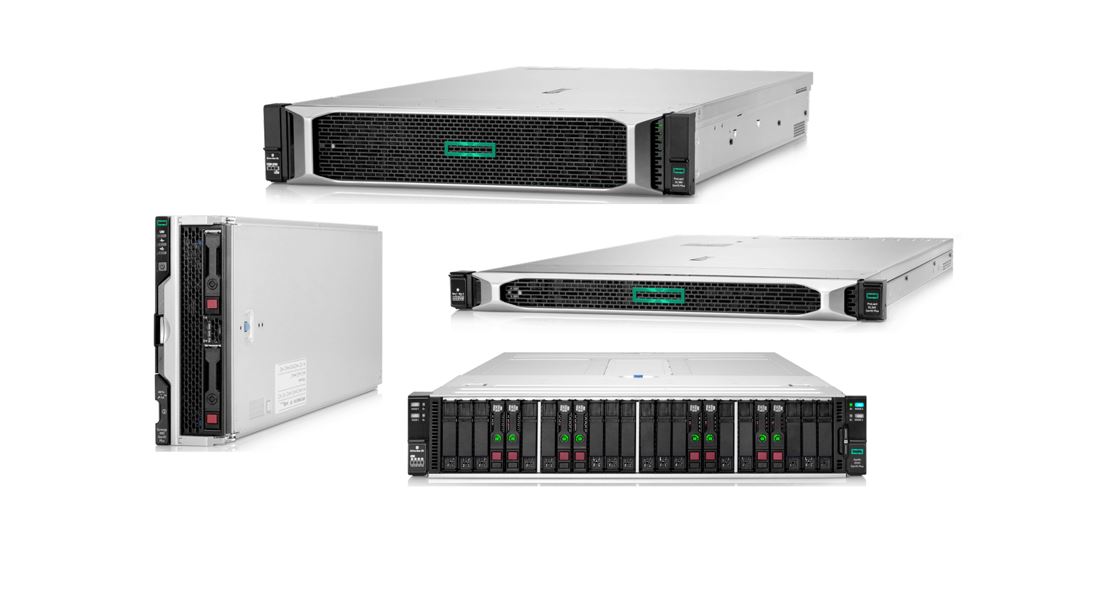 Hewlett Packard Enterprise’s crop of Ice Lake platforms includes updated editions of its ProLiant DL360 and DL380 Gen10 Plus servers as well as additional devices for edge and high-performance computing.

The new HPE Edgeline Converged EL8000 and EL8000t, meanwhile, are designed to power artificial intelligence and visualization workloads in edge environments. Due this summer, both products are ruggedized to operate indefinitely at temperatures between 0 and 55 degrees Celsius and meet NEBS Level 3 certification.

Also slated to ship this summer and optimized for hybrid cloud environments is a refresh of the Synergy 480 Gen10 Plus that according to HPE provides a 40% performance increase. The new system contains more cores and supports 16 DIMMs per socket, along with eight channels of high-speed memory. It also supports Intel Optane 200 series persistent memory and an optional 2x m.2 boot device. Organizations can buy HPE Synergy products as a service via HPE’s GreenLake solution.

The Apollo 2000 Gen10 Plus, which is available with 3rd Gen Xeon Scalable or latest-generation AMD EPYC 7003 processors, is meant for use in small to midsize high-performance computing clusters. According to HPE, users can fit up to 80 of the new devices in a standard 42U rack.

The Apollo 2000 Gen10 Plus was one of several new offerings HPE highlighted last month when AMD officially launched the 7003 Series.

If you were going to deliver an office upgrade that would make SMBs feel like kids on Christmas morning, it would be a brand-new MFP loaded with modern features.

9 InfoComm Products That Will be Hot in Higher Ed

From collaboration systems to interactive projectors, this roundup features must-have technology for colleges and universities.

Take a break from all your tech to visit with old friends Sonic the Hedgehog, Ms. Pacman, Tetris, Mortal Kombat, Space Invaders and more!

2021 Cecilia Galvin Scholarship Award Winner Combines a Passion for Science with a Love of the Arts
Your Next Move: SOC Manager

ChannelPro Weekly Podcast: Episode #200 - Turning It Up to 11
END_OF_DOCUMENT_TOKEN_TO_BE_REPLACED

Jabra PanaCast Review - Get Your Huddle On
END_OF_DOCUMENT_TOKEN_TO_BE_REPLACED