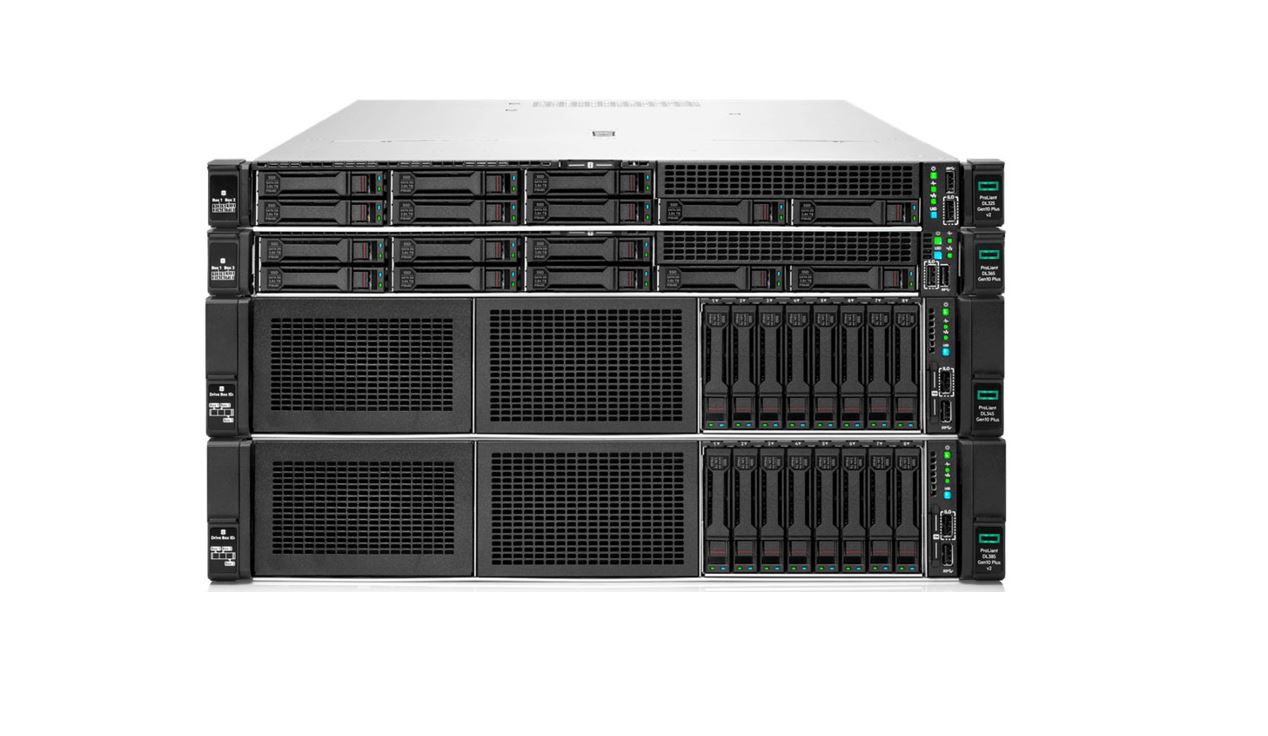 HPE will showcase EPYC 7003 Series processors in two brand-new server lines set to ship next month. The ProLiant DL345 Gen10 Plus is engineered for use with storage-optimized solutions while the ProLiant DL365 Gen10 Plus targets virtual desktop infrastructure solutions. Both are due worldwide on April 19, along with updates to the ProLiant DL325 Gen10 and HPE ProLiant DL385 Gen10 lines.

Debuting on April 9th, meanwhile, are the 3rd Gen EPYC-based HPE Apollo 2000 Gen10 Plus and HPE Apollo 6500 Gen10 Plus, which are purpose-built for high-performance computing scenarios like modeling and simulation. Two HPE Cray supercomputers powered by the new AMD processors are also in the works.

“Digital transformation is reshaping every industry, and new digital models are evolving to support the growing adoption of edge, 5G and artificial intelligence technologies as well as adapt to new technology demands prompted by COVID-19. HPE is addressing these dynamic market needs every step of the way with high-performing solutions that can scale, secure and efficiently run workloads to speed time-to-value,” said Neil MacDonald, senior vice president and general manager of HPE’s Compute Business Group, in a press statement. “Today, through our longtime collaboration and joint engineering with AMD, we are delivering the biggest and broadest portfolio of computing solutions, using the new 3rd Gen AMD EPYC processor, to transform infrastructure and provide the economics, agility and ease of management that is critical to tomorrow’s data center needs.”

All of the ProLiant and Apollo models announced today will be available on Hewlett Packard Enterprise’s usage-priced GreenLake private cloud platform. HPE unveiled new solution and ordering options, including some specifically for SMB buyers, last week.

As a tech guru, you spend a lot of time building systems, troubleshooting, and talking harried users off the ledge. You think you've seen it all - until now.

Let’s take a look at the new Apple devices coming to an Apple Store near you.

Some smart devices for dads (and others) who like to tinker with electronics and other tech gear.

Voucher Discounts: How to Save Money on Your IT Certifications (2021 Refresh)
Alan Weinberger is on a Mission to Elevate the Role of the Managed Service Provider to the Public
5 Simple Ways to Become PCI-DSS Compliant
Apply Microsoft April 2021 Security Update to Mitigate Newly Disclosed Microsoft Exchange Vulnerabilities
New DNS Vulnerabilities, Impacting 100+ Millions of Enterprise and Consumer Devices
END_OF_DOCUMENT_TOKEN_TO_BE_REPLACED

Jabra PanaCast Review - Get Your Huddle On
END_OF_DOCUMENT_TOKEN_TO_BE_REPLACED