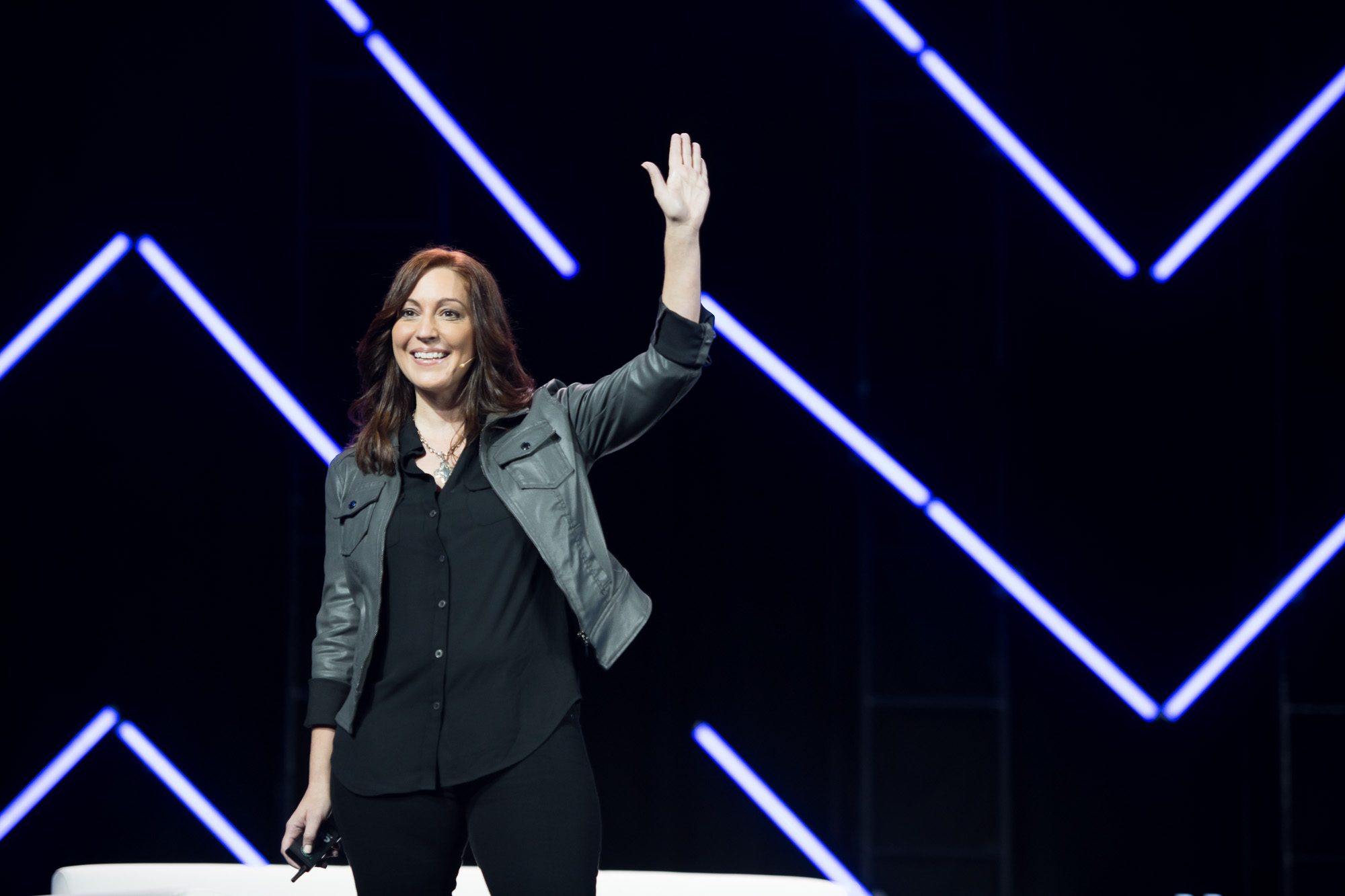 If you’ve found working with ConnectWise more painful lately than it used to be, don’t worry. ConnectWise is thoroughly aware of your frustration.

“We got a lot bigger,” says Magee of the underlying issue. “It’s just a little bit difficult to navigate and work with ConnectWise from that standpoint, understandably.”

Changing that is a top priority for Magee in the year ahead, as well as for recently named CMO Amy Lucia (pictured). During a main stage appearance yesterday in which she discussed a number of partner satisfaction efforts, Lucia announced that all ConnectWise partners will work with dedicated account teams starting in Q1 of 2022.

“They’re going to actually streamline the way that you access those teams so you don’t have to keep everybody straight,” she said.

Completing the integration of ConnectWise with Continuum, beyond just the product level, will make working with ConnectWise easier too, says Magee, who estimates that process to be about 70 to 75 percent finished currently. The last remaining part, he notes, is pulling together presently separate systems that support personnel and account reps refer to when assisting partners.

Time to Add Print to Your Managed Services Sandwich

IT was from Mars. Print was from Venus. Earth is where they are coming together at last.

3 Clues About What’s Next From Kaseya

With the latest update to its RMM solution now in customers’ hands, the managed services software maker is looking ahead to forthcoming cloud management and MSP benchmarking solutions.

ICYMI: Our Channel News Roundup for the Week of November 29th
7 Lessons Learned from Cybersecurity Experts in 2021
END_OF_DOCUMENT_TOKEN_TO_BE_REPLACED

LG Gram for Business 17 (2020): Big Reasons to Like It
END_OF_DOCUMENT_TOKEN_TO_BE_REPLACED