By Colleen Frye
Whether you prefer Audible, Kindle, or a good-old fashioned book in your hand, check out these selections from your channel pro peers.
Tweet 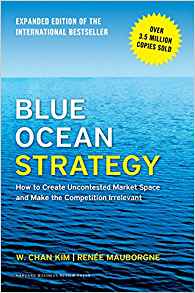 The authors of this best-seller suggest that rather than getting “bloody” in competition (red ocean) you carve out a space in uncontested waters (blue ocean) instead. Stephen Monk, CEO of Noverus Innovations, an IT services company in Roseville, Calif., says thinking that way makes “the competition irrelevant. It’s definitely something that has sparked a lot of thought. In fact, it’s one of those books that once you read it, you realize you’re probably already doing a lot of the concepts, but it really helps you hone in on why you do those things, and maybe where you aren’t doing those [it] helps you to think about why you should change. It’s definitely a book that’s helped.”

Words of Wisdom for Troubled Times

Channel pro peers share thoughts and advice for coping with the coronavirus crisis.

The times may be upended by a pandemic, but summer reading remains a timeless treat, so find out what your channel pro peers are consuming to nourish their business skills.