By Colleen Frye
Leaders are readers. Make a New Year's resolution to read or gift one of these books recommended by your channel pro peers.
Tweet 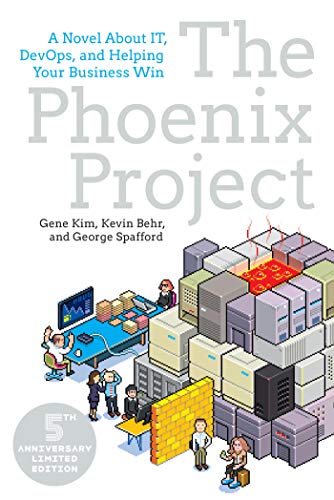 The Phoenix Project: A Novel about IT, DevOps, and Helping Your Business Win

“This was an inspiring book [I read] probably in the past six months, just because I have grown quite fast … and efficiencies weren't the greatest. So, we were trying to figure out how to get a little bit better at that. My IT director, who was at a former MSP before he sold, gave me his guiding light and suggested the book. The book basically goes through an IT department at a national automotive parts company... a day in the life of what's going on with IT and how to improve the IT process. Essentially, once you read it, you won't look at IT the same way.”

Synchronized Goal Setting
May 23rd, 2022
June 23: You’re Configuring and Managing Your Data Backups All Wrong – And How to Fix It!
June 10th, 2022
July 28th: Understanding and Serving the Distinct Cybersecurity Needs of Regulated and Unregulated Clients
July 17th, 2022

From being honest with customers to learning from failure to finding joy, these books recommended by fellow channel pros will provide some summer enlightenment.

Leaders are readers. Make a New Year's resolution to read or gift one of these books recommended by your channel pro peers.