By Rich Freeman
On day one of CompTIA’s annual member conference, speakers discussed the keys to keeping sales flowing during a pandemic, the opportunity to position yourself for post-recession success, and the moral imperative to pursue diversity and inclusion in IT.
Tweet 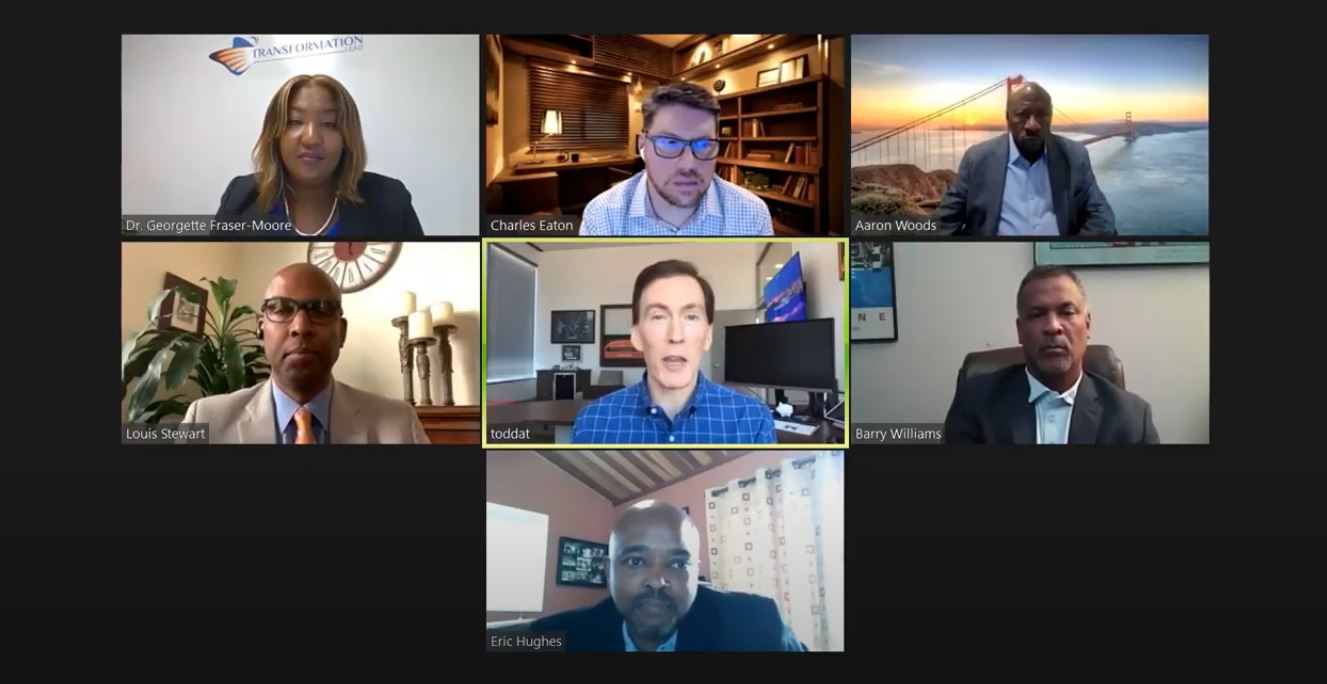 Bringing Diversity and Inclusion to IT

According to CompTIA data, African Americans accounted for just 7.6% of the U.S. tech industry workforce as of the end of last year, versus 63.5% for white workers. At the very top of the ChannelCon agenda, CompTIA President and CEO Todd Thibodeaux (pictured center) led a town hall discussion about changing those numbers. It’s a big job that begins with apprenticeship programs and training initiatives but must go well beyond them, according to panelist Louis Stewart, chief innovation officer of the City of Sacramento.

“It is fantastic to invest in communities, it’s fantastic to have partnerships with community-based organizations and nonprofits and teach everybody how to code and program and do all that other stuff, but if it’s actually not leading to a job it doesn’t really matter,” he said. “If you’re actually not hiring the folks that now you’re training and setting up the programs for, you haven’t moved the needle at all.”

Seeking job candidates outside the places you normally go is essential too, Stewart observed. “Make sure that now you’re not just going to your traditional known schools. Start going to some of the [historically Black colleges and universities], start partnering with the United Negro College Fund, start doing different things that you wouldn’t ordinarily do because the people don’t look like you and you’re not familiar with those organizations.”

A willingness to nurture newcomers to technology with more potential than experience will be essential as well, Thibodeaux added. “We have lots of open positions, but employers are being extremely picky, using that as an excuse, and saying, ‘well, I’m only going to hire if I can find the exact right person for that role,” he said. “The problem is the exact right person is already working for somebody else, right? Unless you’re going to cherry pick employees from another company, you have to be willing to nurture these people.”

Above all, Stewart argued, you have to be committed to turning good intentions into meaningful results. “You just have to have the will to hire and make your workforce look like the community it serves,” he said.

Thibodeaux agreed. “It has to start somewhere, and you can’t just say, ‘well, the problem is too big. I can’t go after it.’” Start by hiring five minority employees, then 10, then 20, he continued. “I’m a big believer that big historical change happens through tiny incremental changes.”

The cumulative impact of those seemingly small efforts could be enormous, Stewart noted, and not just for the IT industry. “Tech companies have changed the world over the past 20, 30 years, and I think that here’s a huge opportunity for tech to change the world again,” he said.

Jabra PanaCast Review - Get Your Huddle On
END_OF_DOCUMENT_TOKEN_TO_BE_REPLACED