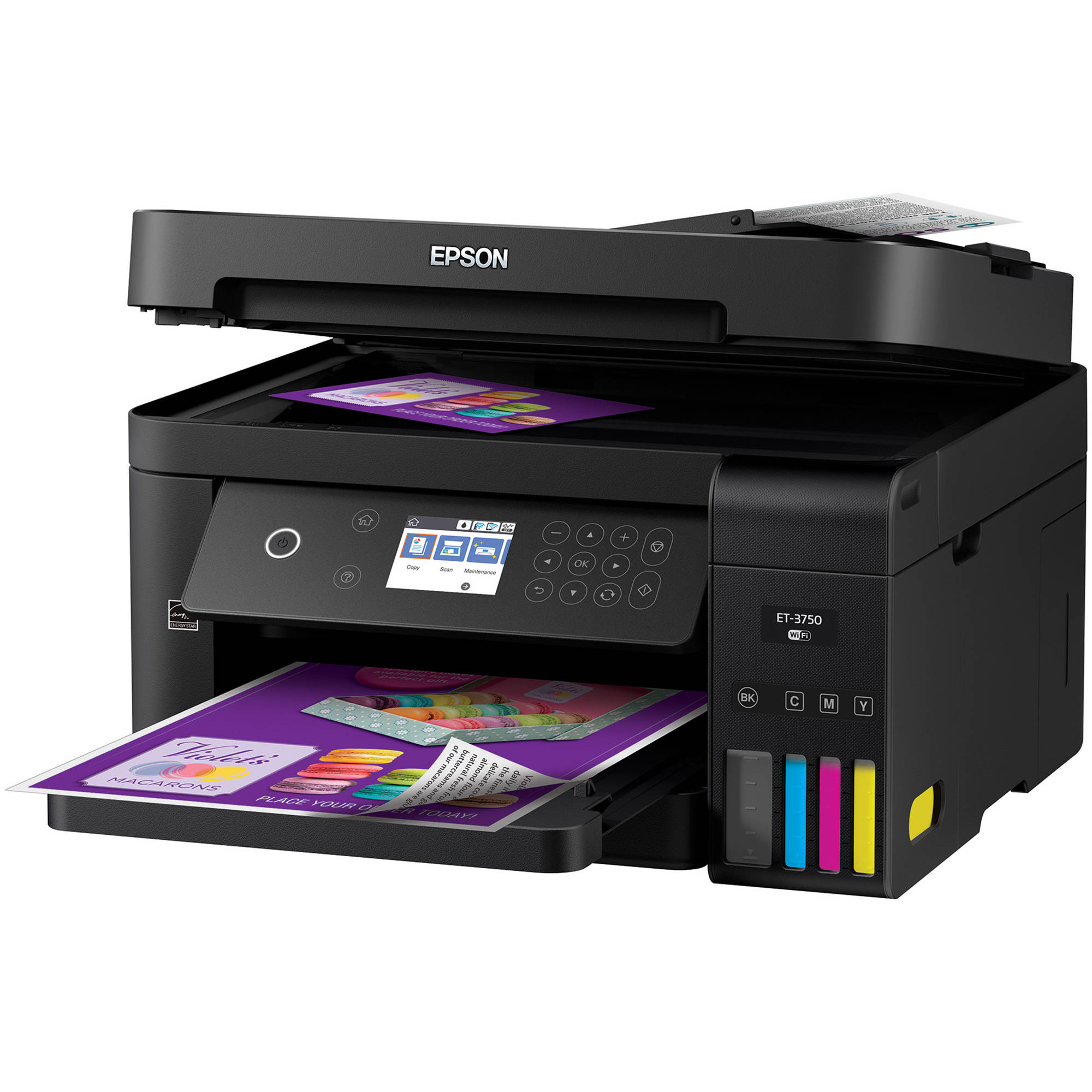 What happens when the dinosaurs of Jurassic World need to be rounded up and saved? The T. rex and Chris Pratt’s blue velociraptor go head-to-head, sometimes against each-other, and sometimes against other dinosaurs (and a comic-relief guy with glasses) in an exciting adventure sure to keep you at the edge of your seat.

In the PC hardware world, however, Epson’s ET-3750 should be viewed as the Indoraptor of the printer world, genetically positioned to decimate its color inkjet rivals. Color printing has long been considered nearly extinct for everyday documents, as color inkjet and color laser consumables have eaten print budgets alive like the T. rex and the blood-sucking lawyer in the first Jurassic Park movie.

Imagine that, for once, mere milliliters or printer ink weren’t locked inside overpriced plastic cartridges designed to eat money like a tyrannosaur at a rock concert. Instead, Epson sells ink by the bottle, which is loaded into special tanks on the printer (removing all proprietary B.S.), cuttong the cost of high-quality color inkjet printing approximately 1/30th of the other color inkjet dinosaurs on the market. If there’s any way to kill the overpriced inkjet consumables model, this is it. But will Epson succeed?