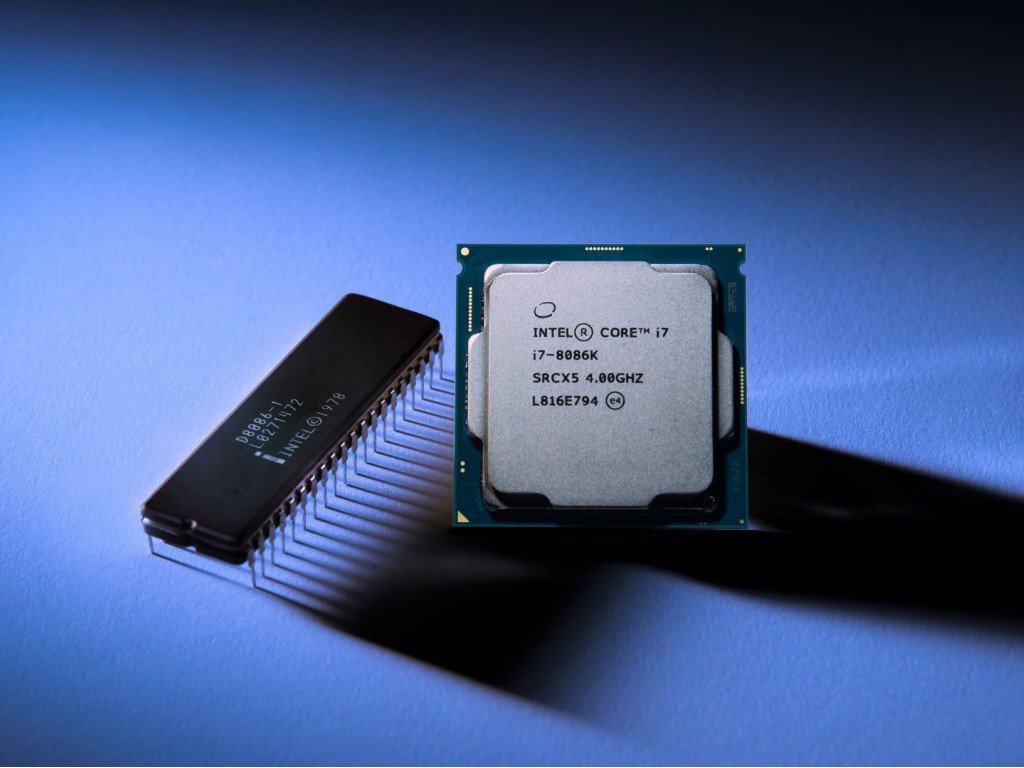 The Historical Nod to Awesome: The Intel Core i7-8086k as Rampage

It’s clear Hollywood is incapable of green-lighting projects that aren’t either related to, a spun off of, or loosely based on something that was previously successful. How else could you explain Rampage, a modern-day love letter to a 1986 arcade game featuring a monster-sized gorilla, lizard, and werewolf smashing cities and devouring its inhabitants one stage at a time?

Just as Rampage celebrates an awesome game, Intel is celebrating the 40-year anniversary of the 8086 processor. This little 5Mhz 16-bit processor from 1978 is the chip that kicked off the x86 architecture movement, which has dominated PC computing ever since. Intel’s love letter to the 8086 comes in the form of a limited edition unlocked processor that shares the name – the Core i7 8086k. Still backward compatible to the original instruction set used in the 8086, this modern-day processor is a zillion times more powerful. It’s also Intel’s first processor to ship with a stock turbo clock of 5GHz. It’s too bad they didn’t include an old 8086 in the box for the truly nostalgic.

ICYMI: Our Channel News Roundup for the Week of June 29th
The Elements of Culture
ChannelPro Network and IoT Playbook Sign Up Form
END_OF_DOCUMENT_TOKEN_TO_BE_REPLACED