By ChannelPro
The apps you must have to watch live sports and TV shows on your iOS and Android smartphone and tablets.
Tweet 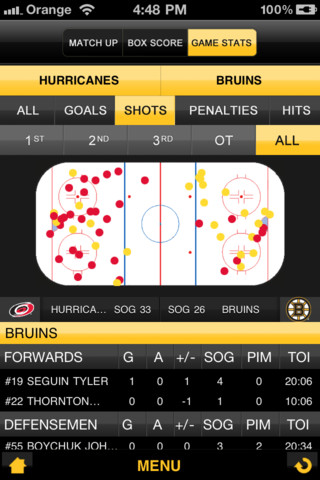 Boston Bruins Official Mobile App Free If you grew up in Boston -- you're a Boston Bruins fan. Here's their official iPhone app Get up-to-the-second play-by-play and game stats with the all-new ice tracker, plus the latest Bruins news, video, and much more. Included in this app:

> Photo galleries from Bruins games and events around town

> Interactive game schedule, allowing you to buy Bruins tickets directly from your smartphone

See more in Best iOS and Android Apps You Must Have to Watch Live Sports and TV Shows:

Music apps for the Mac and PC. From a simple 10-band equalizer made for Spotify to a simple volume booster to full-on audiophile applications that tout bit-perfect audio output and promise to output your CDs, your HD audio (88.1 KHz, 176 KHz, and more), your DSD, and any other audio perfectly to your DAC. And how about that dithered bit depth reduction!

These iOS and Android enthusiast apps cost real money. If you are a lover of cars, birds, wine, first edition books, or fine art there's an app here for you.

Internet radio apps are a must-have entertainment choice for your smartphone or tablet.