By D. Craig MacCormack
From iPads in every dugout to new video boards to virtual reality to new speakers, ballparks around the country are unveiling big-league enhancements.
Tweet 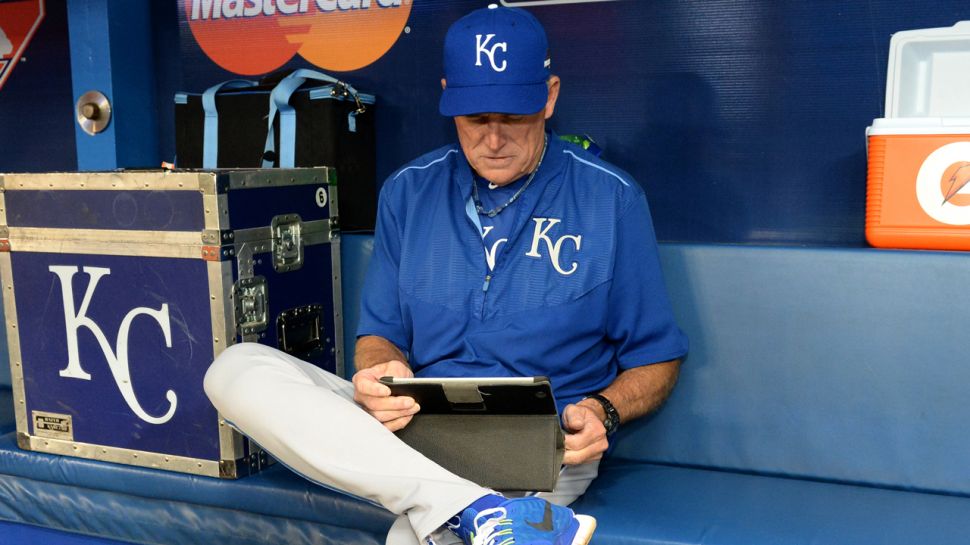 The biggest technological enhancement for Major League Baseball teams this season might be one that fans in the stands never even notice.

Each of the 30 teams will have iPad Pros in their dugouts and bullpens, marking the first on-field integration of next-generation technology. The move “puts advance-scouting video and customizable reports at the fingertips of all managers, coaches and players,” according to the recent announcement by Major League Baseball.

“Our collaboration with Apple on the use of iPad Pro in dugouts and bullpens is part of our ongoing effort to introduce extraordinary technology into our game,” MLB Commissioner Rob Manfred said in the statement. “We are pleased that Apple’s groundbreaking products, which have already improved the access that fans have to our sport, will now inform the decisions that make our games interesting and exciting throughout the year.”

The iPad Pros will be customized for each team and include with the MLB Dugout app, which will allow managers, coaches and players “to utilize their own proprietary and strategic statistical reports, data visualizations and advance-scouting videos during every game from dugouts and bullpens, giving them easy access to valuable, actionable baseball insights,” according to the announcement.

Teams will also have the ability to include any of their own reports with data generated from Statcast tracking technology last season, bringing new stats for pitch tracking, hitting, baserunning and fielding.

“iPad is our vision for the future of personal computing, and we are so excited to be working with Major League Baseball to put this incredible technology into all of their dugouts and bullpens this season,” said Philip Schiller, Apple’s senior vice president of worldwide marketing.

ESPN sports business reporter Darren Rovell says Microsoft pays the NFL $80 million a year to use Surface tablets on the sidelines, but MLB officials won’t say whether Apple had to pay to put iPad Pros in all teams’ hands.

The bad news for players such as Boston Red Sox third baseman Pablo Sandoval, who starts the season as a splinter-picker, is Internet access will not be available during games.

Here’s hoping the incorporation of iPads in big-league dugouts work out better than the plan to use T-Mobile cell phones for on-field communication between managers and bullpen coaches. That plan fizzled out quickly, but could be revisited at another time.

Now, let’s turn our attention to the more obvious technological advances at ballparks around the country in highlighting what several franchises did to make the experience more user-friendly for fans.

Here’s a look at the Indians’ new video board in action at Progressive Field:

Here's a look at the new Progressive Field scoreboard in action pic.twitter.com/Zr9U3UYjqy

Here’s a video from mid-February showing the work in progress at Globe Life Park, home of the Texas Rangers:

5 Must-Haves for the Ghostbusters Super-Geek

If you’re looking for a gift for your favorite Ghostbusters fan, who you gonna call? Well, no one. Just click through our list of the five best gifts for the Ghostbusters geek in your life.