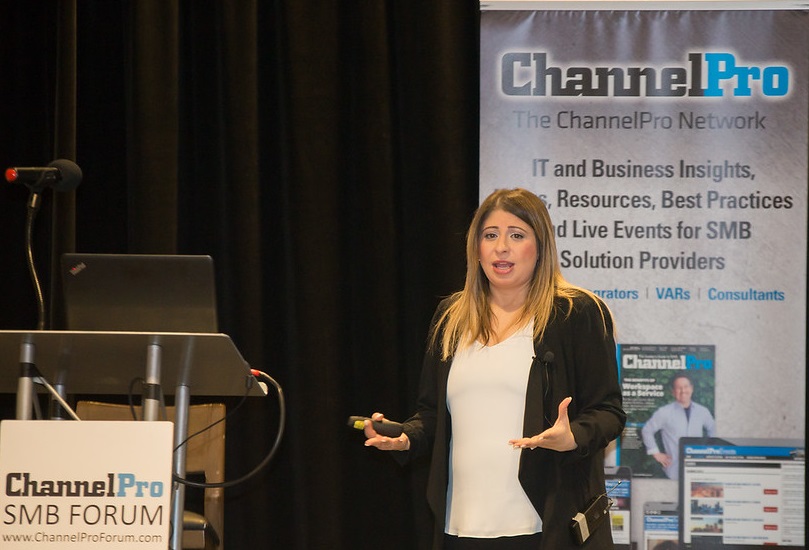 Cynics could be forgiven for assuming Datto Inc. was simply going through the motions when it declared itself committed to open integration with third-party platforms following the company’s 2017 merger with Autotask. According to Channel Development Manager Nadia Karatsoreos (pictured), however, two recent developments offer the latest proof that Datto means exactly what it keeps saying about playing nice with others, including vendors it competes with.

The first came late in March when the company introduced a new partner program for third-party developers looking to integrate their products with Datto’s BDR, RMM, PSA, and networking solutions. The second came a few days later when Datto shipped an enhanced integration with the ConnectWise Manage PSA system.

“When we did the acquisition and merger about a year and a half ago that was kind of what we stood on, that we were going to continue to work with other vendors,” Karatsoreos says. “This is kind of a testament to that.”

Datto is only too happy to sell its entire portfolio of products to MSPs, she continues, and believes that sourcing all those systems from one provider makes life easier for them by consolidating vendor relationships. But the company also never wants having a suite to keep it from doing business with MSPs who prefer products from other suppliers.

“The MSPs are asking for it. The partners are asking for it,” Karatsoreos says of cross-vendor integration. “We see it as a way to make sure that we get the wide range of MSPs out there, and that we don’t limit ourselves to ones that are just starting out and looking for a complete suite.”

How to Prepare Your Customers for Hurricane Season in the Midst of COVID-19
September 24th, 2020

Security and Automation Among the Top IT Priorities
END_OF_DOCUMENT_TOKEN_TO_BE_REPLACED

Jabra PanaCast Review - Get Your Huddle On
END_OF_DOCUMENT_TOKEN_TO_BE_REPLACED