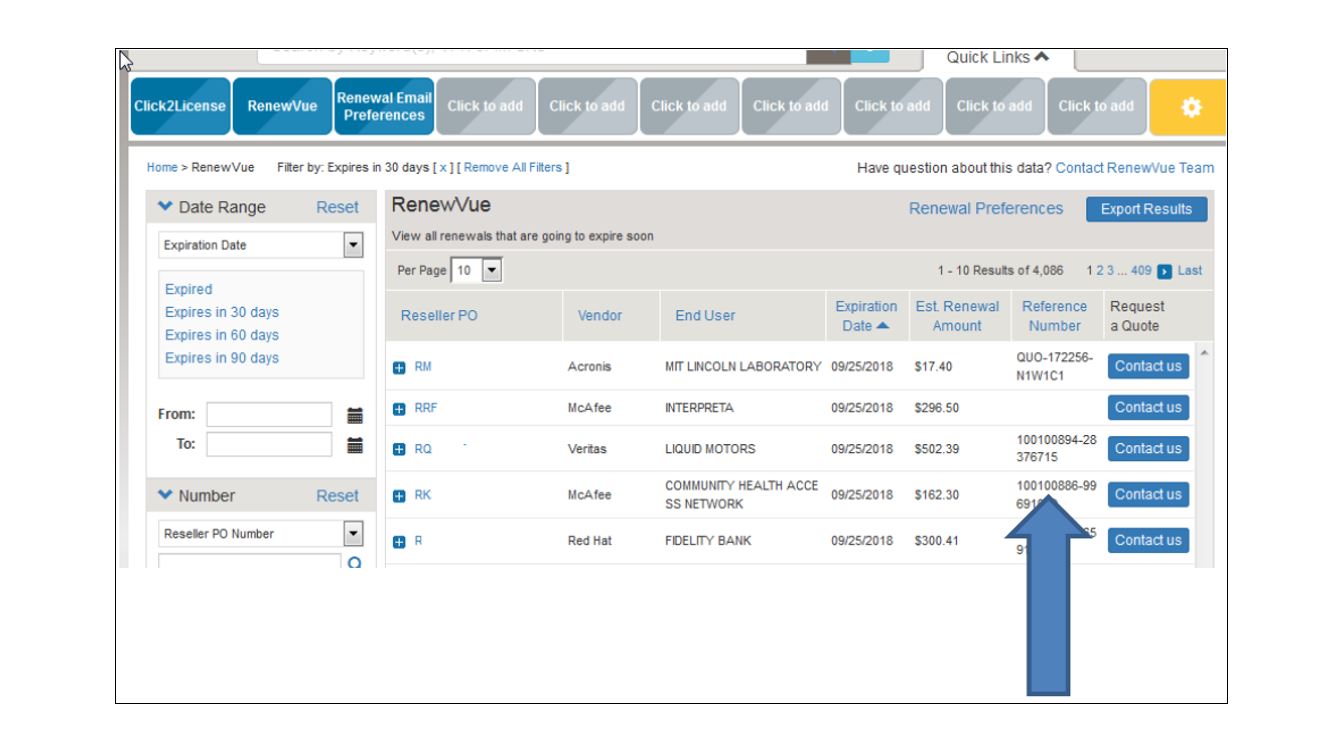 Last October, at its annual ONE conference, Ingram introduced a self-serve portal named RenewVue that’s designed to keep partners informed about approaching license renewal milestones. According to Thornton, whose group is responsible for the system, forthcoming editions will produce automated quotes for every license it tracks, too, and then convert those quotes into orders directly from within the tool. So far though, she notes, a mere 400 resellers use the system in an average month.

Partners unfamiliar with RenewVue, Thornton contends, are missing out on a prime opportunity to keep their customers satisfied and their revenues healthy by preventing software from inadvertently expiring. “End users get very angry if they’re not told about that, and then the reseller loses the opportunity to sell something,” Thornton says.

Automating the detail-intensive license tracking process can lighten payroll burdens for partners as well, she adds. “A lot of times they have somebody in the office trying to figure what renewable events are coming up.”

Choosing IoT Hardware
Enhance Your Sales, Marketing or Cybersecurity Skills: Get 1:1 Time with an Industry Genius
Three Things You Should Do in Response to the CISA Documents
END_OF_DOCUMENT_TOKEN_TO_BE_REPLACED

Jabra PanaCast Review - Get Your Huddle On
END_OF_DOCUMENT_TOKEN_TO_BE_REPLACED