5 News Notes from Kaseya Connect IT 2022

By Rich Freeman
Compliance as a service, an automated PSA migration tool, and new integrations with cloud services from Microsoft and Google are a few of the stories from Kaseya’s latest user conference in Las Vegas this week.
Tweet 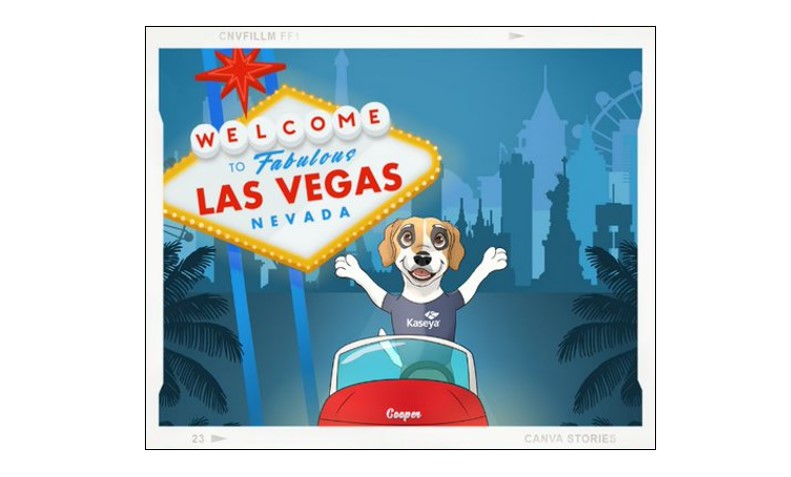 Cooper is an Inspiration for More Than Just Product Names

Don’t make the mistake of referring to Voccola’s dog Cooper, whose name is part of Kaseya’s newly introduced artificial intelligence recommendation engine, as a pet.

He’s also, apparently, an inspiration for disabled veterans. Some time back, Cooper suffered paralysis in his hind quarters and spent two years learning to “spinal walk” so he could remain mobile. Now he makes appearances at military hospitals and VA facilities motivating wounded soldiers to follow his example.

“If Cooper can do it and learn how to get around and live life, so can you,” Voccola says.

“It’s Cooper’s foundation,” insists Voccola, noting that the new solution bearing his name might help the foundation broaden its impact.

“Cooper’s excited that hopefully him being the only canine AI might bring even more attention to these very, very worthy courses,” Voccola says.

Speaking with ChannelPro-SMB last week, Datto’s Austin McChord discusses the networking solution his company launched last month and explains why no one should think that product signals a step away from its core focus on BDR.

There’s no better way to understand the bundled combinations of hardware, software, and services that SYNNEX is betting its future on than taking a close-up look at some real-world examples on display last week at the distributor’s Inspire partner event.