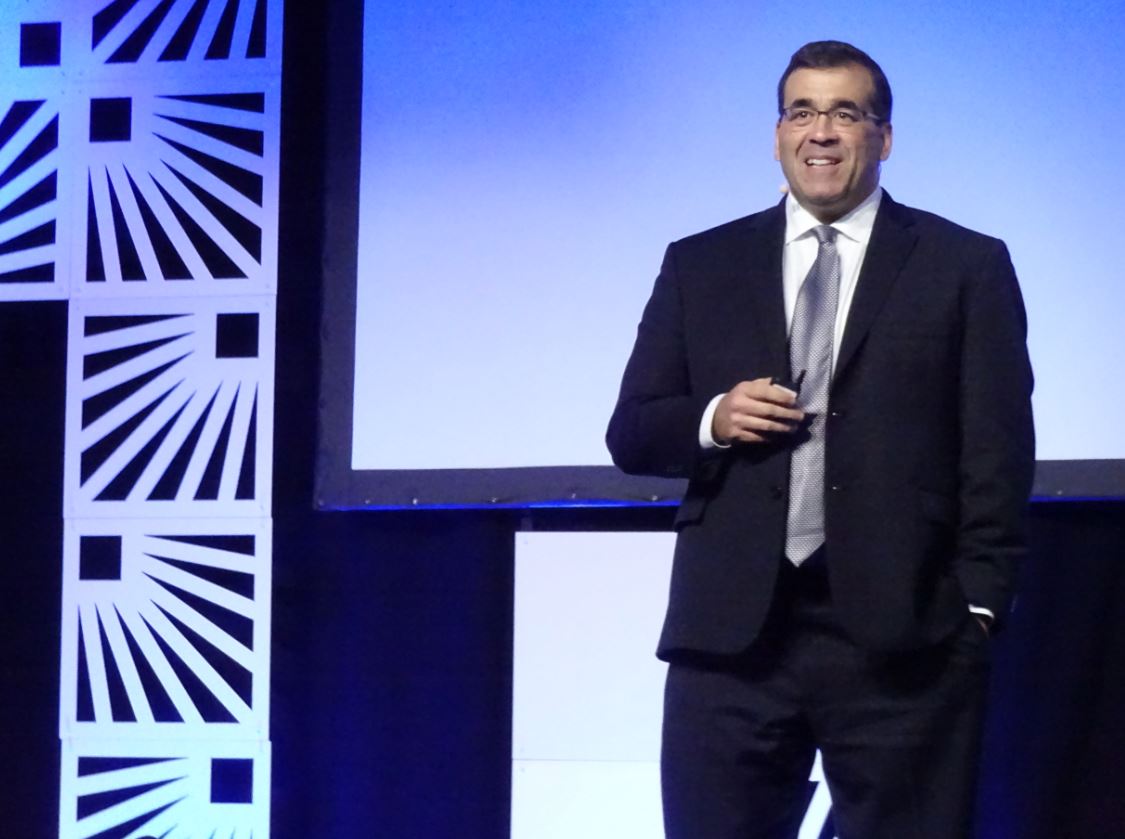 Integrating Kaseya’s security products more closely is likely to play a part in Lancaster’s strategy for reaching that ambitious goal. Already in fact, as ChannelPro reported previously this week, ID Agent is just weeks away from linking Dark Web ID and BullPhish ID such that the latter product automatically signs up users for training when the former one finds their password on the cybercrime black market.

Kaseya plans to integrate Dark Web ID with other solutions too. “Over time, we want to embed this type of dark web scanning into all of the tools you use,” said Chief Customer Marketing Officer Mike Puglia (pictured) in a Tuesday morning keynote at Connect IT. For example, he continued, Kaseya’s Spanning cloud-to-cloud backup solution will eventually check the dark web for stolen credentials every time it backs up an end user’s Office 365 account. Similarly, Kaseya’s IT Glue business unit will soon equip its flagship documentation platform to check the end user domains it tracks for compromised passwords.

There are many more cross-platform integrations on the way as well. According to Voccola, Kaseya spends 20 percent of its annual R&D budget, or about $14 million, on integration at present, mostly because it considers air-tight connections between its products to be one of the company’s biggest competitive advantages.

MSPs that don’t wish to take advantage of those connections needn’t fear, however. According to Voccola, Kaseya remains committed to open APIs and integration with third-party solutions—even if such integration is merely “cosmetic” in comparison with the much deeper integration the vendor embeds within its suite.

“95 percent of our customers are using non-Kaseya products,” Voccola observes. “We would be committing suicide if we stopped working on the surface-level integrations that are out there.”