By Rich Freeman
The network management vendor’s partner conference in Santa Barbara, Calif., this week focused more on business advice than products and technical training. Here are four of many insights shared by speakers at that show.
Tweet 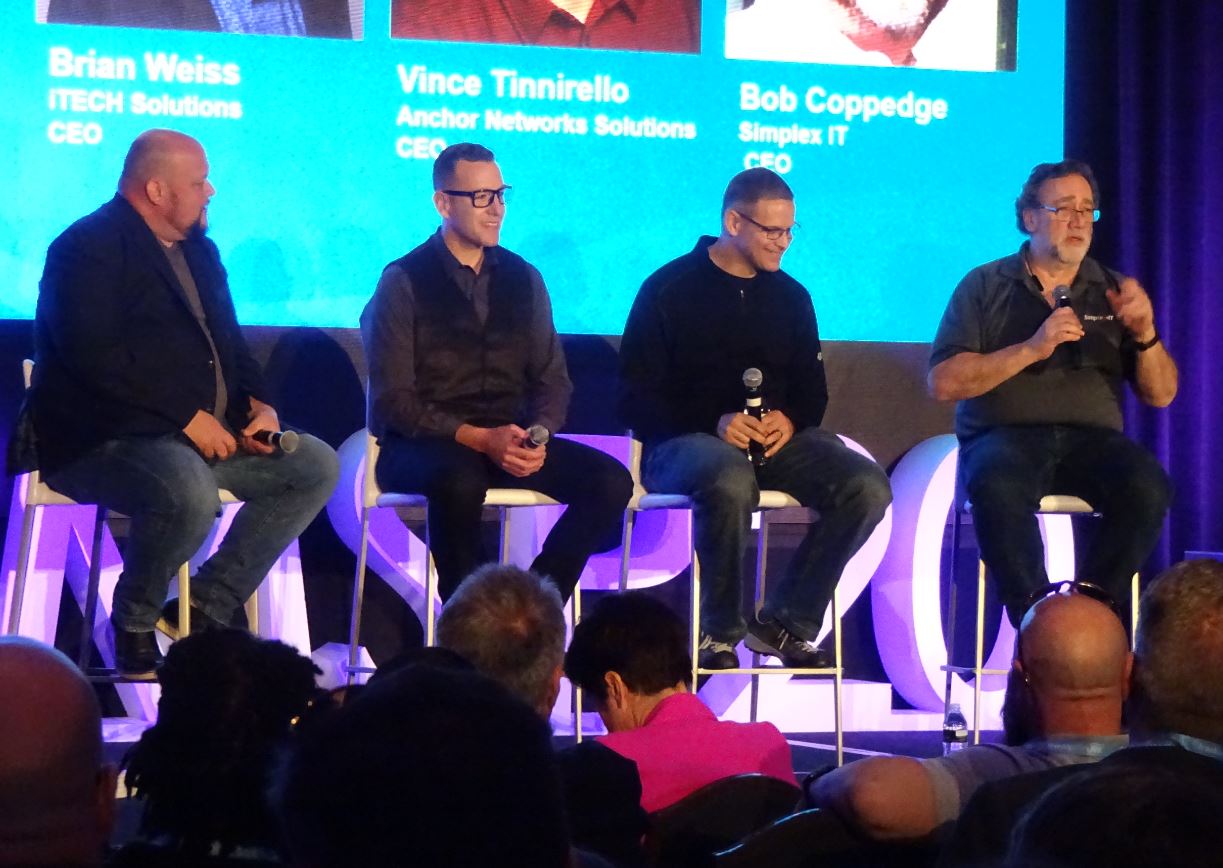 Many MSPs avoid clients large enough to have internal IT departments, which often view them more as a threat than a business partner. Others, however, are having success offering “co-managed IT” services to such businesses. In that model, in-house and outsourced IT professionals collaborate rather than compete by defining a clear and mutually accepted division of labor.

So is Simplex-IT, of Stowe, Ohio. “It is all about creating a positive relationship with internal IT,” said CEO and panelist Bob Coppedge. “It’s a little harder to do, but it’s also much stickier and much more likely to be long term.”

The key is persuading your customer’s IT team that you’re not there to steal their jobs, added fellow panelist Vince Tinnirello, CEO of Denver-based MSP Anchor Network Solutions.

“We’ve failed miserably and we’ve also succeeded at it,” he said of co-managed IT. “When we fail it’s usually around not gaining the trust of internal IT.”

Coppedge shared details about his co-managed IT offering with ChannelPro last year.

How to Build or Scale an Integrated Telehealth Platform
END_OF_DOCUMENT_TOKEN_TO_BE_REPLACED