By Rich Freeman
A final look at where the distributor’s giant ERP migration stands, why demand for outsourced professional services is up, and how the company provides financial assistance in ways that have nothing to do with credit lines.
Tweet 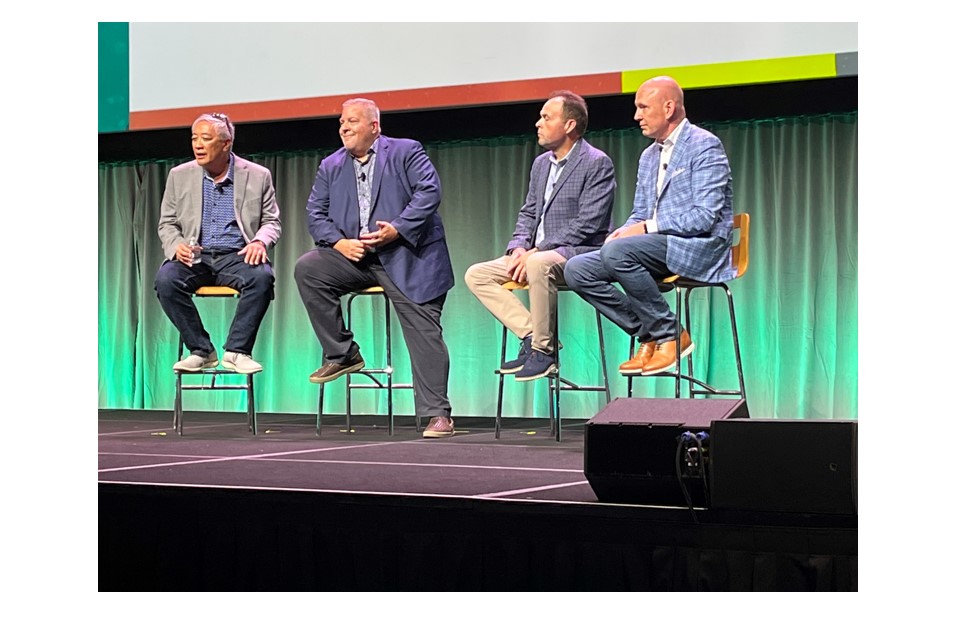 3. Credit lines are just one of many tools TD SYNNEX has for preserving cash flow

According to Americas CFO David Jordan, TD SYNNEX is gearing up to help partners maintain liquidity in the event of a downturn.

“That’s the single biggest risk that companies face when there’s a macro shock or things like that is not having access to cash,” he says. “We’ve continued to push the envelope on how we evaluate credit and how we extend it to make sure that resellers can be successful in the market.”

Boosting borrowing power isn’t the only way TD SYNNEX helps channel pros avoid financial hardship in shaky economic times, however. The company is more than happy to apply the same skills it uses when judging your creditworthiness to judge that of your clients as well, according to Jay Snyder (pictured second from left), vice president of commercial credit.

“I’ve actually done this my whole career but we introduced it a few years ago in distribution because we know that you have the same problem I have,” he says. “You have an excited sales guy who runs in to you with a giant purchase order from somebody you’ve never heard of before and it’s too good to be true.”

Partners wondering if it really is can ask a credit rep. “I can’t give you a credit decision, but I can give you a credit opinion,” Snyder says. He’ll do it free of charge too, he adds, and not because he’s a charitable soul.

“I say this selfishly, because if you don’t get paid, I’m likely going to have a problem getting paid,” Snyder notes.

The same logic explains Snyder’s willingness to provide another lesser-known financial service: getting money out of end users with long unpaid bills. “I’ve actually had some of our resellers use us for their collections,” he says.

Snyder’s pretty good at it too. “I actually started out my collections career as a repo man for a law firm in Detroit, Michigan,” he notes. Tough place for that kind of work, he notes, but “a great way to learn the consequences of when things go bad.”

Searching for these topics can lead to malware, hijacking, viruses and...cute kittens. You are warned!

A final look at where the distributor’s giant ERP migration stands, why demand for outsourced professional services is up, and how the company provides financial assistance in ways that have nothing to do with credit lines.

Words of Wisdom for Troubled Times

Channel pro peers share thoughts and advice for coping with the coronavirus crisis.

8 Apps Your Kids Should Never Use

Many potential dangers are just a download away. You may want to check their smartphones for adult apps or apps they could be misusing ... if you dare.