Change is afoot at the Redmond campus, with updated, refreshed, and brand-new products; a new image; and a focus on devices and services. 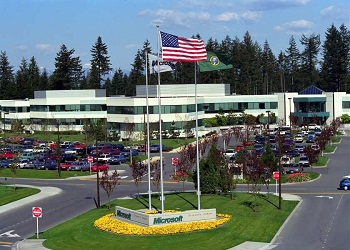 Microsoft's history is a mixed bag of innovation, triumph, volatility, defeatism, and stagnation. After an epic rise to the top, the company has been waning, partly as a victim of its own success, compounded by serious internal problems. Now the Redmond giant is often regarded as stale, old, and glacial in today's digital marketplace.

But that was the old Microsoft.

From the end of 2012 through the first quarter of 2013, Microsoft will have updated, refreshed, or completely changed nearly every product it sells. And that's only the tip of the iceberg. It has also changed its logo, marketing, slogan, and nearly everything else, down to the very focus of the company. No longer does Microsoft call itself a software company; it is now a self-proclaimed “devices and services” company. That new focus is showing in its products.

Lately Microsoft has also embraced platforms outside the Windows ecosphere, at least where it makes sense. For example, Office on mobile devices has been exclusively Windows Mobile and Windows Phone, but Office 365 is expected to be available for competing platforms like iOS and Android in 2013.

Windows 8 and Windows RT are optimized for a touch experience spanning devices on x86 and ARM platforms, while Windows Phone 8 is primed to compete in the smartphone market, overcoming many of the inherent architectural limitations of its predecessor. Microsoft is even building its own PCs with a growing line of tablets - a first for the company.

Further, the company has gotten serious about services, and continues to create cloud-based versions of its products at a breakneck pace. And not just the smaller business applications, either. Office, Exchange, SharePoint, Dynamics CRM, Intune, and many more are already available as cloud-hosted subscription services. In fact, many foresee Windows itself being offered as a service via subscription sooner than later.

The New Year is not only shaping up to be an exciting one for Microsoft, but a critical year as well. Competition in cloud services and devices is fierce, and Microsoft is already arriving late to the party. If Redmond's strategy doesn't work and it can't capture some meaningful share of devices with Windows 8 and Windows Phone, its services business will suffer.

All said and done, 2012 was the year of change for Microsoft; 2013 is the year of finding out if its reinvention will pay off.

WHAT HAS CHANGED AT MICROSOFT
Now we look at some heavily refreshed products and services Microsoft is banking on to take it into the next era of computing.

When it comes to budget displays, it's easy to end up with a monitor not worth looking at, which kind of defeats the purpose. Don't worry, though; we've done all the leg work for you. Here are six large-screen, budget LCD monitors that will please both your wallet AND your eyeballs for under $200.

In an era when we need superheroes more than ever, check out some of our favorite 'super' custom PC builds. Our thanks to the modders who dreamed these up.

Fun with Your Old XP Machines

Now that the end-of-support date for Microsoft Windows XP has passed, why not do something fun with those old desktops and laptops?

The Road to Success Is Paved with Service
END_OF_DOCUMENT_TOKEN_TO_BE_REPLACED

Jabra PanaCast Review - Get Your Huddle On
END_OF_DOCUMENT_TOKEN_TO_BE_REPLACED