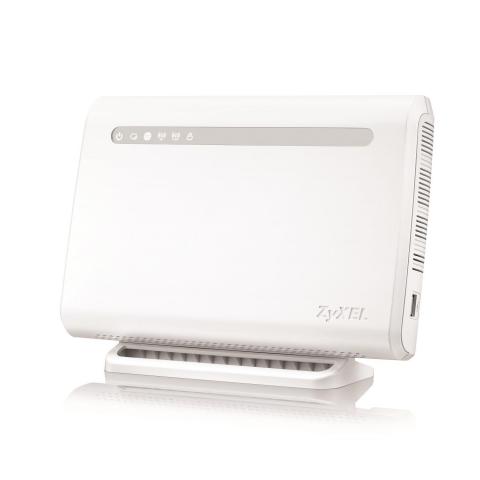 The company’s MU-MIMO, dual-band unit has both the range and speed of routers costing up to twice as much. By James E. Gaskin
Tweet

In case you missed the memo, it’s a wireless world today that will be even less wired tomorrow. Supporting every wired device in a residential, departmental, or small business situation likely means an upgrade from an older 802.11b/g router to one that supports all those protocols plus 802.11n/a/ac with some fancier frequency controls. New products are shipping regularly, including the AC2200 MU-MIMO Dual-Band Wireless Gigabit Router from ZyXEL Communications Inc., in Anaheim, Calif. Yes, that’s a long name for a small router, and one that doesn’t include the NBG6815 part number that the company uses just often enough to confuse us.

The feature list will be familiar if you’ve researched Wi-Fi routers in the past couple of years. "Dual-band" means 2.4 GHz for 802.11b/g and 5 GHz for 802.11a/ac (/n straddles both) frequencies are supported. MIMO is marketing speak for “multiple input multiple output,” a technology that has helped router performance take a jump up starting less than 10 years ago. Cynics say it just means multiple antennas, but every little bit helps. The MU stands for multiple users. Yes, marketing again, but ZyXEL does claim some innovative ways to allocate bandwidth more efficiently between users.

In the past, ZyXEL flaunted a colorful yet industrial design palate relying on silver metal boxes with a splash of red. This router’s design is softer, unobtrusive, and meant to visually disappear within the modern home or office. The attached stand reclines the box at a gentle angle, and when mounted on a wall, both stand and router still look good.

Like the majority of Wi-Fi routers today, the AC2200 includes a WAN port and four LAN ports. Also included are two USB ports for printers or storage devices. The buttons you can barely see include an on-off button—which is handy during setup—on-off for the Wi-Fi radios, and an option to turn off the icon display showing power on, internet access, and whether or not the 2.4 GHz and 5 GHz radio frequencies are working. This is a better option than the tape users have put on some devices to lower the distraction level of the lights. 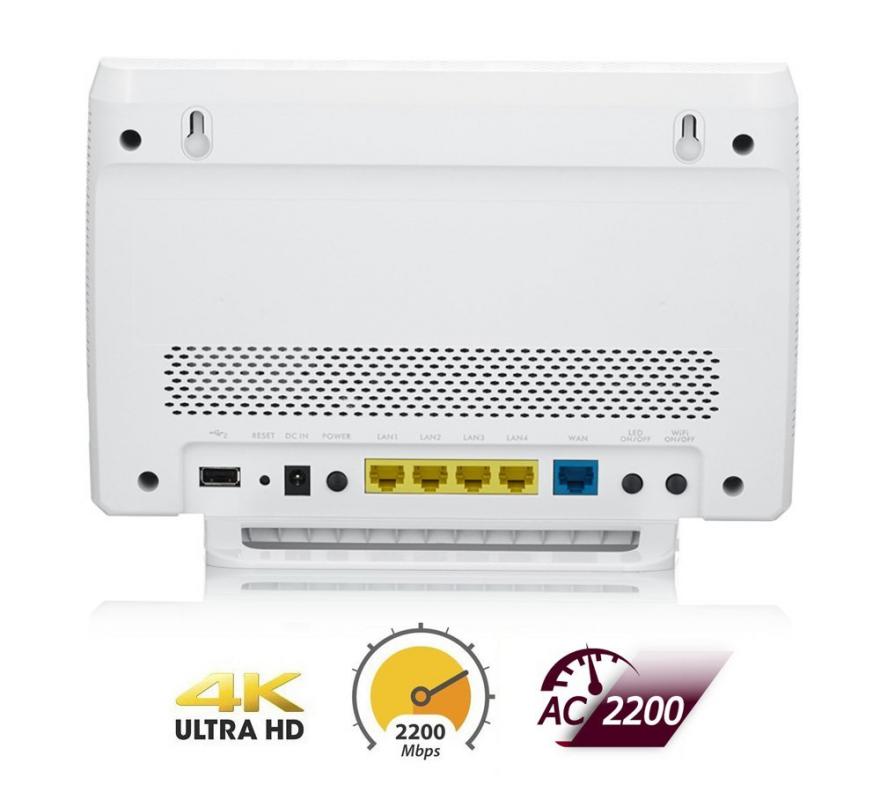 Setup suffered for two reasons: The instructions say to connect the AC2200 router to your WAN link before configuration. We found the router "disappeared" by passing through IP addressing details from the upstream router, making it harder to connect directly to the router for setup. And while Step 1 says attach your computer to the router via the Ethernet patch cord, Step 4 says connect wirelessly for setup.

The next issue we can blame on Microsoft and/or our test laptop. ZyXEL recommends using a browser supporting HTML5 in general and Microsoft IE version 9 or above. Yet the admin page rendering on the Easy Mode option was unreadable. The Expert Mode rendered clearly. So we upgraded IE 9 to IE 11, but still no joy. 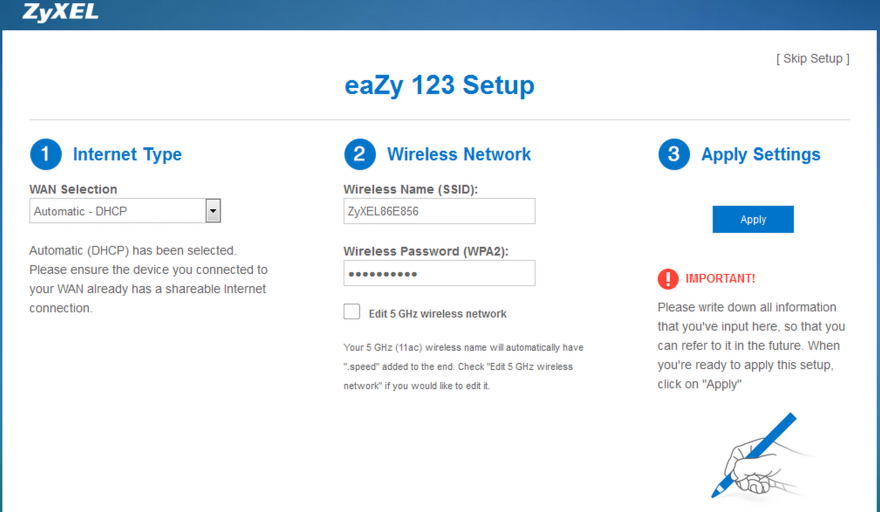 For many installations, the "eaZy 123 Setup" screen will do most of your work. Assuming your cable modem or upstream router has internet access and DHCP (Dynamic Host Control Protocol) turned on, which is the default, Step 1 is handled. Step 2 allows you to change the SSID to something more descriptive, and you can handle both radios at once. And, of course, write down your settings before you get interrupted.

ChannelPro 5 Minute Roundup for the Week of September 20th, 2021

Jabra PanaCast Review - Get Your Huddle On
END_OF_DOCUMENT_TOKEN_TO_BE_REPLACED