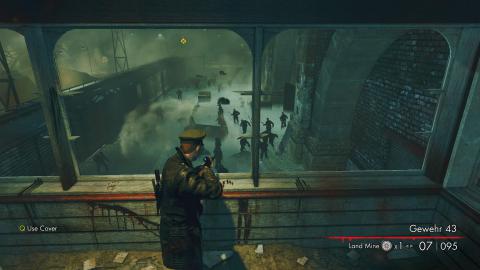 Rebellion's latest game places you behind enemy lines as a US sniper during the closing days of World War II. Sniper Elite: Nazi Zombie Army is a stand-alone game based on Sniper Elite V2 and its game engine, meaning all that much loved sniper gore in V2 is still here in Nazi Zombie Army. 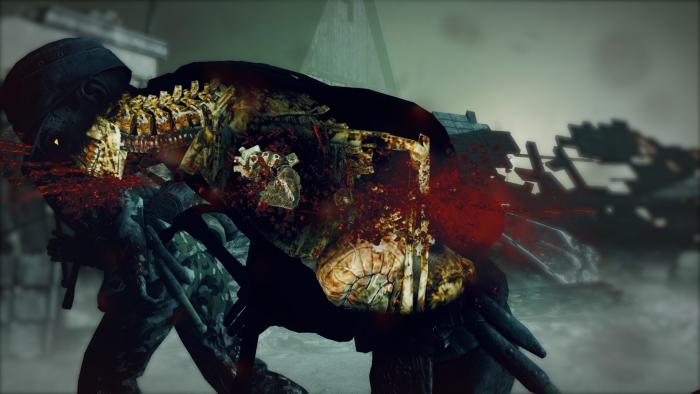 Like you would expect from most zombie games, Nazi Zombie Army lacks in the story department. The basic premise is that in a final effort to stop the third Reich from falling,  Hitler launches 'Plan Z', resulting in dead soldiers being resurrected as zombies as they travel to Berlin. This, of course, wouldn't pass muster in any other games that needed a good storyline, but zombie games don't: the fun isn't in completing an exhilarating narrative,  but in killing endless hordes of virtual zombies in various and creative ways.

That is where Nazi Zombie Army really shines; the 'x-ray' killing cinematic kill cam really engages and draws you in, adding a new twist to using sniper rifles and other weapons as a whole. No longer are you trying to kill as many zombies as you can as quickly as possible, but you'll find yourself being precise, taking your time to shoot for the eyes or explode a zombie's heart. 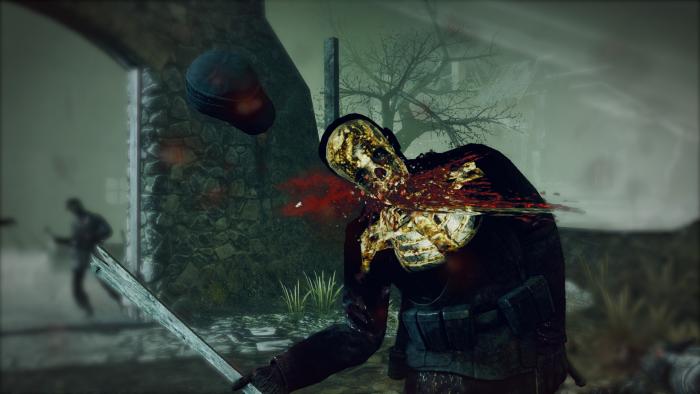 The single-player campaign will last you several hours, depending on your skill and difficulty level. Unfortunately, most missions are quite repetitive, and involve running from one safe room (a secure room filled with ammo, guns and explosives for your every need) to the next as you travel to Berlin and then (predictable spoiler ahead) ultimately escape.

Whilst the single-player is enjoyable, Nazi Zombie Army is best played with friends, thanks to the 4 player co-op mode. Playing with friends almost completely changes the experience, you can battle it out for top-place on the after-mission leader-boards, see who can make the most inventive kill, or simply have fun tearing zombies to shreds together. The game peaks when you're in co-op mode and you move to the next stage to find an enormous amount of zombies staggering towards you, with only a single stair case preventing you and your friends from being zombie food. 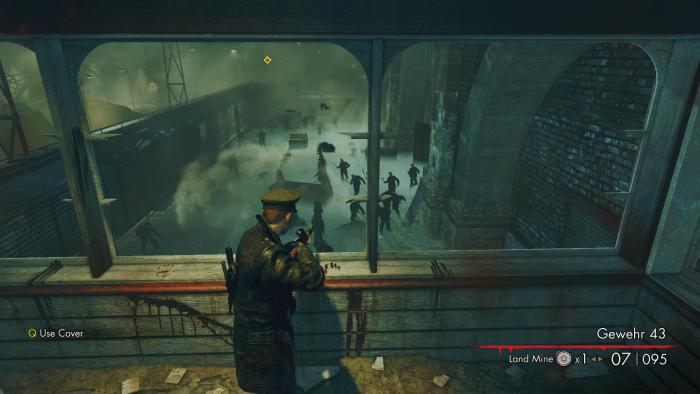 Sniper Elite Nazi Zombie Army is a good game overall. It does feel like an expansion to Sniper Elite V2 rather than a new entry in the series, but given its low price point this can be easily forgiven. It's not at its best when playing alone, unless you want to practice rupturing organs, so for the most fun be sure to grab a friend (or three) for one of the best contemporary co-op zombie games money can buy. The memories of shooting a zombie through the eye socket, then tearing apart another zombie's brain will stay with you for a good while. There's not much that can compete with this game at the moment, so I would definitely recommend Nazi Zombie Army to any zombie loving fan.