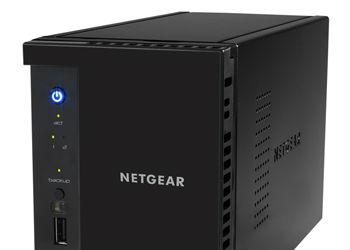 We go hands on with one of the newest models in Netgear’s line of desktop network storage units with an upgrade that includes the operating system, user interface, and even the file system. By James E. Gaskin
Tweet

Netgear, one of the earliest and most prolific suppliers of desktop NAS (Network Attached Storage) appliances for small and medium sized businesses, has a new line of storage boxes with an upgrade that includes the operating system, the user interface, and the file system. We tested the ReadyNAS 312, a 2-disk unit that comes diskless or filled with two 3.5 or 2.5 inch disks (SSD or SATA). In this case, the unit arrived with two Toshiba 1TB 3.5 inch drives mirrored together (RAID 1) for a maximum capacity of 1TB. After operating system and other file overhead, we started with 889GB of free space. Other units have four (models 104, 314) or six drive slots (316, 516).

The new file system, BTRFS (a B-tree file system often pronounced Butter F S), has been in heavy development over the past couple of years. Netgear claims to be the first Linux-based storage product with the file system, which gives them more speed, easier snapshot capabilities, and supports the new user interface.

But we're getting ahead of ourselves. No matter the innards, the box looks like a small black toaster that can hold only two slices. All desktop NAS appliances tend to look like toasters, but this is a pretty small one. Hard to make one of the look much different than the others, but this one has Netgear stamped into each side to help it stand out a little. The shiny front doesn't hurt, either.

Inside are two disk trays. In this photo you can better see the front USB 2.0 port, and blue lighted power button, and a Backup button. The Backup button can be configured to run a specific backup process when pressed.

In the back is the large fan that's quiet except for startup and shutdown. There are two Gigabit Ethernet ports which can be configured as active standby or multiple variations of load balancing. To the left of the Ethernet ports are two USB 3.0 ports and an eSATA port. Expansion Disk Array boxes now available to plug into the eSATA port can boost capacity of to 28TB. Hard to imagine any business with 25 or fewer concurrent users would need that much space, but surely there are some, and Netgear is ready.

ICYMI: Our Channel News Roundup for the Week of February 4th
February 8th, 2019

ICYMI: Our Channel News Roundup for the Week of January 20th
END_OF_DOCUMENT_TOKEN_TO_BE_REPLACED