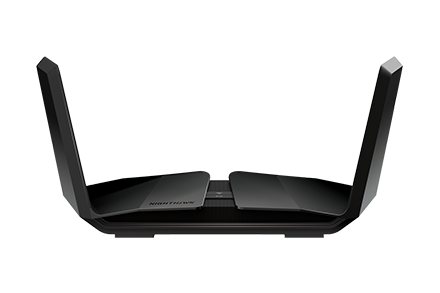 While neither is based on the “finished” specs, these Wi-Fi 6-ready devices will do all that any not-yet Wi-Fi 6 device can do, and a bit more. By James E. Gaskin
Tweet

WI-FI 6, based on the 802.11ax specification, is nearing the finish line and products are starting to roll out. As is usually the case with new standards, a few companies have been releasing “precertified” Wi-Fi 6 products, including the NETGEAR Nighthawk AX12 12-Stream RAX120 Wi-Fi 6 Router and the EnGenius Technologies 11ax Managed Indoor Wireless Access Point. While neither can claim to be based on the finished specs, both offer enough advantages that there’s no reason to delay using them.

NETGEAR has been making a wide range of wireless routers and other networking devices seemingly since LANs began. The new Wi-Fi 6 router family includes four models: AX4, AX8, AX12, and the Tri-band AX12. Already in stores and wrapped in eye-catching retail packaging, the AX12 offers a new look. Unlike routers with multiple antennas that make them appear like belly-up spiders, the AX12 has two wings and would look perfectly at home in the Batcave (above image). And if the Batcave has old Wi-Fi gear, the AX12 is backward-compatible all the way down to 802.11b.

A solid unit, it weighs 3 pounds but feels heavier. The back looks much like earlier routers, with four 1 gigabit LAN ports, one internet/WAN port, and two USB 3.0 ports that can share external storage drives with the users. The only surprise is an extra Ethernet port rated at up to 5 gigabits.

Installation relies heavily on a phone app: 68.2MB worth of useful setup and monitoring tools triggered by a QR code sticker on the router. The phone running the app must be on the same Wi-Fi network, but you can enable the Remote Management setting later. While the app is handy, the web admin pages offer much more granular configuration details.

All the consumer/SMB router settings you expect are here (Figure 1). The advanced mode setting is for the menu options, not the config screens, which are the same no matter how you drill down to them.

For instance, in the Wireless page (third down on the left menu) you can enable Wi-Fi 6 features such as orthogonal frequency-division multiple access (OFDMA) to replace time-division multiple access (TDMA). This simplifies packet collision avoidance, uses less power, combats interference, and provides better coverage. More Wi-Fi 6 information can be found at the Wi-Fi Alliance.

The Quality of Service (QoS) settings page offers a nice way to define traffic priorities easily: Check boxes for the services you want to make more important. With screens like this, even the more complicated operations work better than expected.

Does “Almost” Wi-Fi 6 Make a Difference?

Yes, yes it does. Wi-Fi 6, at least as NETGEAR implements it, mashes the higher speeds of 5 GHz channels with the coverage of 2.4 GHz channels.

NETGEAR proposes the AX12 for large homes. We tested this by putting the router in one corner of a home office in a 2,400 square foot one-story home. We used NETGEAR’S useful Nighthawk app to check network status in the opposite diagonal corner of the house, the master bedroom. Several walls and the kitchen are between the two rooms.

HP Introduces PCs and Webcams for a New Era of Education
Drone/UAV Predictions for 2022: From Agricultural Benefits to Remote ID Expansion
END_OF_DOCUMENT_TOKEN_TO_BE_REPLACED

LG Gram for Business 17 (2020): Big Reasons to Like It
END_OF_DOCUMENT_TOKEN_TO_BE_REPLACED