Metro: Last Light Review, Much More than Blasting Mutants in the Subway 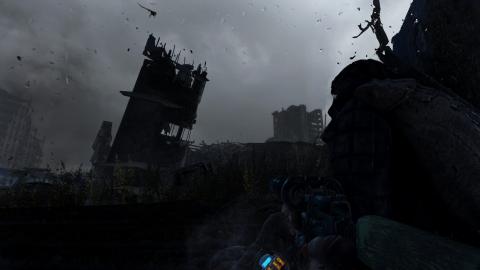 Metro: Last Light is the successor to the critically acclaimed Metro 2033, developed by 4A games and published by Deep Silver. Metro: Last Light is once again set in the same dark, post apocalyptic world as the last.  The world has been devastated by an all-out nuclear war and humanity now survives thanks to the refuge the metro system below Moscow offers. 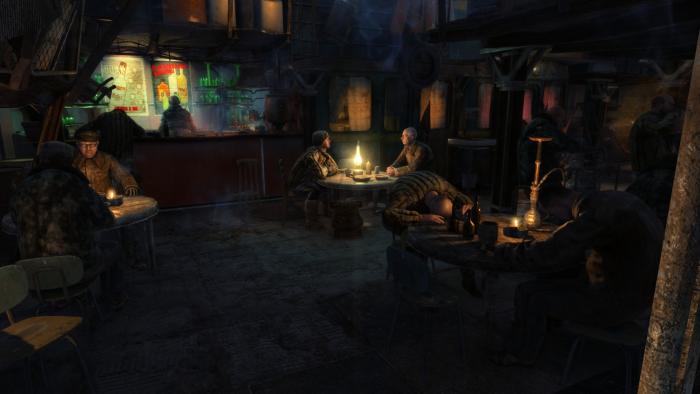 The world of Metro: Last Light has shifted its focus from taking on mutated creatures to tackling deep political differences and rivalries that could alter the course of humanity's survival. Metro: Last Light does a very convincing job that the problems raised have an impact and influence on the world. Despite the levels being very linear, you'll find yourself making mental allegiances or vendettas with the different political sides.  The political differences couldn't be any greater, one moment you'll be walking through a communist controlled line and the next in a Nazi mission dealing with a concentration camp. 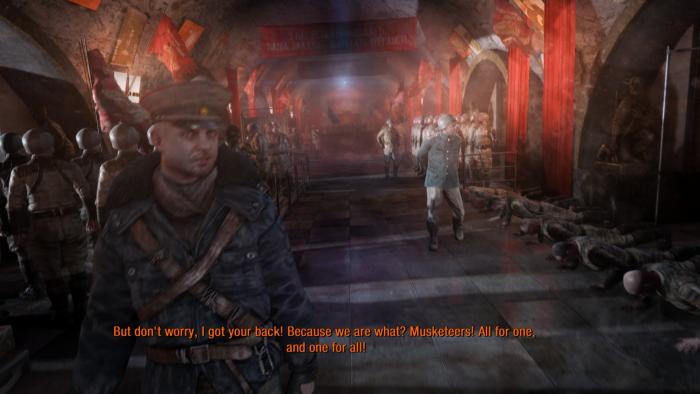 The populated stations are enjoyable and engaging while you're there, but that's it. You're there once, as mentioned before, on a linear path that allows for two minutes off exploration and then it's back out into the tunnels. This may of been done to try and make you stay focused on your objective, but it means that your immersion in the world – especially with the civilian population, is limited. While this isn't a deal breaker, it's definitely a drawback when you try to immerse yourself. 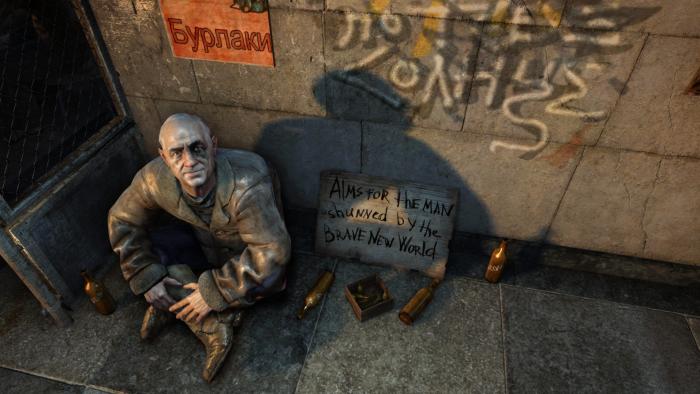 Like its predecessor, Metro: Last Light maintains its title as a graphics killer. Don't misread this as saying a killer PC is needed to run it, running perfectly fine (and looking beautiful) on average, more common gaming PCs. A killer PC though is what is needed to fully maximize this graphically intensive beast of a game – Last Light is a great reason to overclock and max your PC out. 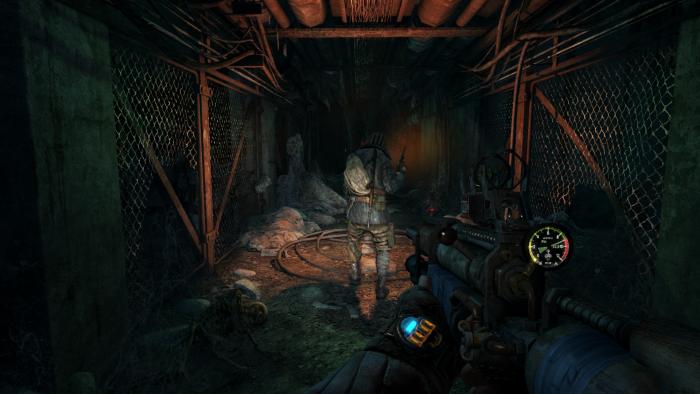 Game play has remained pretty much consistent through from beginning to end, when you approach hot spots bustling with enemies you have the option to take the stealthy route or go in guns blazing. From my experience, it's fun to mix things up. Do one level where you throw a knife into someones neck and slowly remove all the light bulbs in a room in order to sneak through; this way is slower but a lot more immersive as you track the guards and timing when to strike. The other way, guns blazing, is a lot more fun and hard-hitting as you rush around switching from rifles to shotguns to revolvers is absolutely manic and the need for ammunition makes you think twice every time you go to pull the trigger. When you get to a station you still have the options of upgrading and improving your weapons, whether that be adding a silencer, adding a stock or night optics. The combat and weapons system is what we have come to expect: it's engaging, dynamic, and works in game. 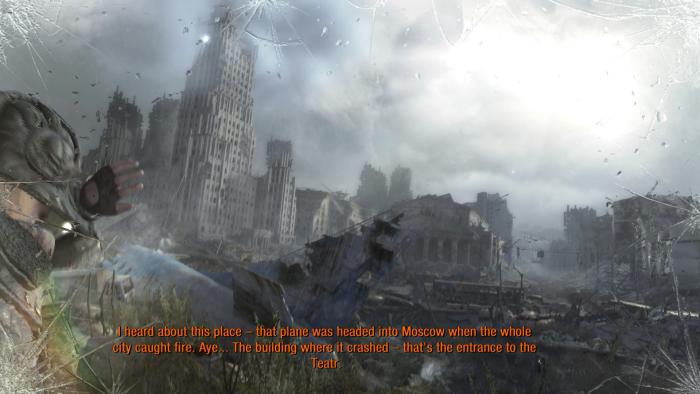 Not only do you roam the metro system like in 2033, there are also times in the game where you have to traverse the surface. These moments offer some of the most spectacular views in game and offer a stark view at what seems like a plausible future.

Metro: Last Light is a game I can recommend. The music, visuals, surroundings and game play all combine together to provide a very real experience that really draws you in. It's not perfect, but it comes close – if you're a FPS player or graphics junky this game is very much for you.