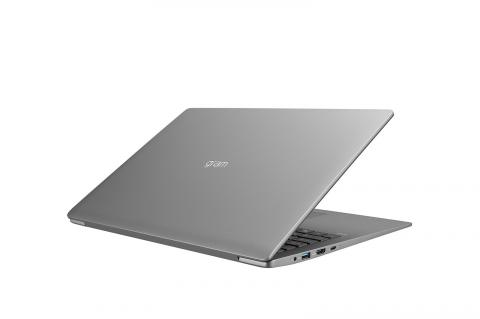 This is a powerful notebook with a massive 17-inch display that weighs less than 3 pounds. For real. By Matt Whitlock
Tweet

While preferred for productivity, the 16:10 ratio will give you extra black space when watching movies or videos. Testing showed that this display exhibits some minor trailing or ghosting. It won’t be visible in real-world use with the type of content this notebook is built for, other than the occasional fast-paced action scene in a movie.

Big on Size, Light on Weight

I always prepare the forearms for some heavy lifting with 17-inch notebooks, which usually fall in the 5- to 7-pound range. At 2.98 pounds, the LG gram 17 is shockingly light for a notebook its size. In fact, it’s lighter than many 15.6-inch laptops sold today. 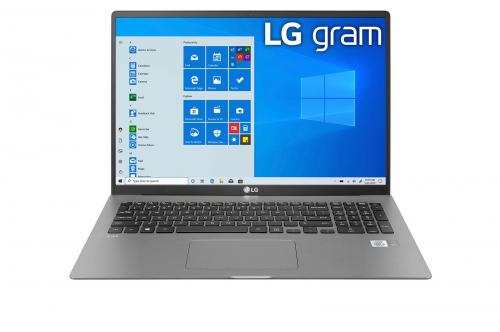 The weight reduction is largely thanks to its dark-silver magnesium alloy chassis, which looks fine but certainly won’t be turning heads at the coffee shop. The feel and finish could probably be a bit more “premium” for a notebook in this price class. After a month of use it still looks new, so while brushed aluminum may look fancier at first, this material will probably look better over time.

Durability is key for business-class laptops, and thankfully LG’s efforts to reduce weight didn’t go far enough to affect the rigors of employee use. It meets the MIL-STD-810G military standard for durability and reliability across seven factors, from shock and dust to extreme temperatures. The base feels strong and doesn’t flex much when pressure is applied. The screen side is more flexible and will twist a little when opening or closing the lid from the corners.

LG clearly rounded out the specs nicely for a business-class notebook focused around powerful multitasking and productivity with as much battery life as possible. The 10th Gen Core i7-1065G7 packs 4 CPU cores with max single-core speed of 3.9 GHZ or all cores at 3.5 GHz. It doesn’t set the benchmarks on fire, but it could effortlessly handle multiple Office applications, lots of browser tabs, and media playback without skipping a beat.

The G7 Iris Plus Graphics make a world of difference in productivity applications that tax the GPU, such as Adobe Premiere Pro and Photoshop. Typically, things like video encoding and 3D rendering are painfully slow with Intel integrated graphics, but the gram was able to apply complex filters and encode content much faster than models sporting older-generation chips.

Don’t mistake improved GPU performance for meaning this is a gaming notebook, because it isn’t. Casual games are fine and more intensive games may run OK on low-quality settings (and not at the panel’s native resolution), but keep your expectations in check.