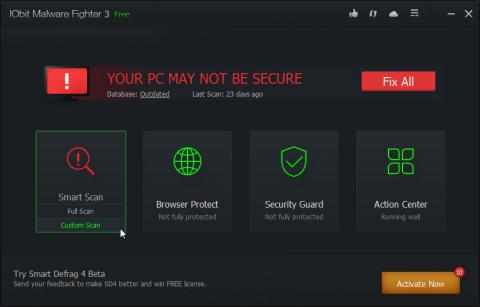 PC users now understand they need malware protection (except for that one guy in every group that drives you crazy), yet few want to pay for that protection. Thus, there are free anti-malware programs abound. IObit has been making a family of protection tools for over a decade, and their updated IObit Malware Fighter 3 has become one of the leading solutions for consumers and small businesses.

IObit calls Malware Fighter "the world's leading Anti-Malware tool," but that term is subjective rather than verified by an independent source. However, IObit has made a name as a good tool for free and a better tool for a reasonable fee, and has become one of the more popular options over the last decade.

Widely available now, Malware Fighter 3 downloads easily and installs quickly. No extra browser toolbars or other bloatware came with the program, an unusually clean install by modern standards of "app-cramming" by so many less reputable vendors. Before you're ready, the install is finished and the first screen is up and offering to fix your computer. 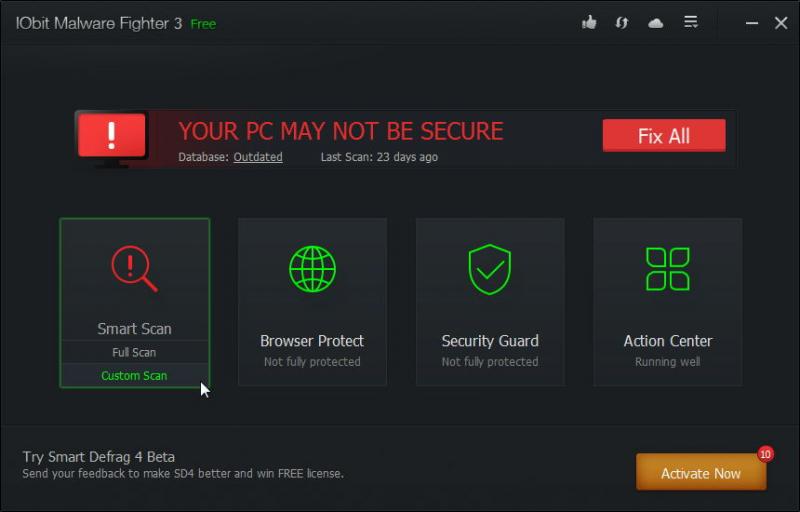 The Windows 7 system used as a test bed had an earlier version of IObit Malware Fighter (2.4) installed. When IMF 3 came up, the red warning made sense because it had been three week since the last scan. A new install, of course, would also scream "Your PC may not be secure" because there would be no previous IMF scans and monitoring. As screaming warnings go today, this is relatively mild and completely expected.

Four security functions occupy the IMF screen: Smart Scan, Browser Protect, Security Guard, and Action Center. One click of the Fix All command button on the upper right of the screen updated the virus signature database, and then proceeded to start the scan and repair tools. 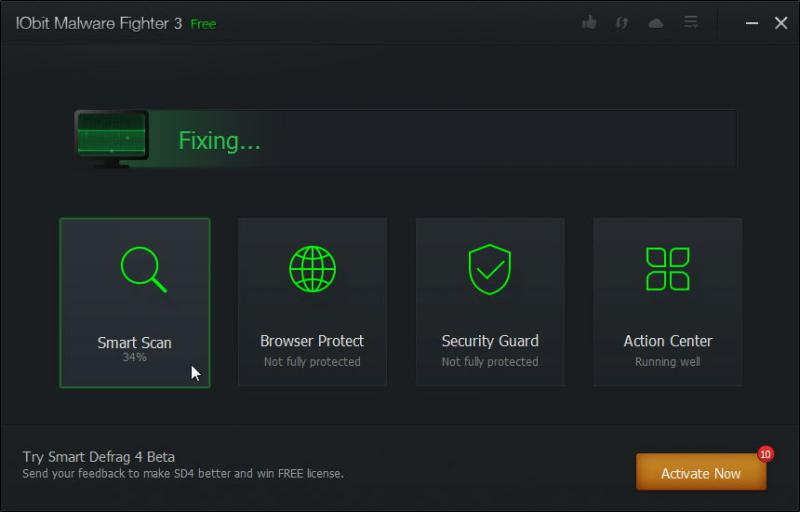 Scanning is the first operation, and while it goes quickly users will want to take a break rather than watch the progress bar crawl across the screen. After nine minutes, the scan was finished and results explained. How long it takes to scan your system will vary. 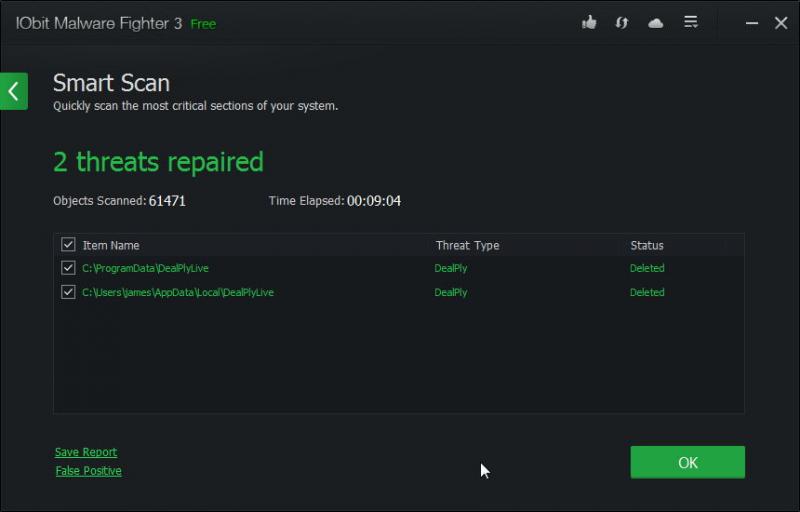 The Quick Scan tested 61,471 objects and found two suspicious programs enough to delete. Were this a standard PC used daily the results would have been much higher, of course. 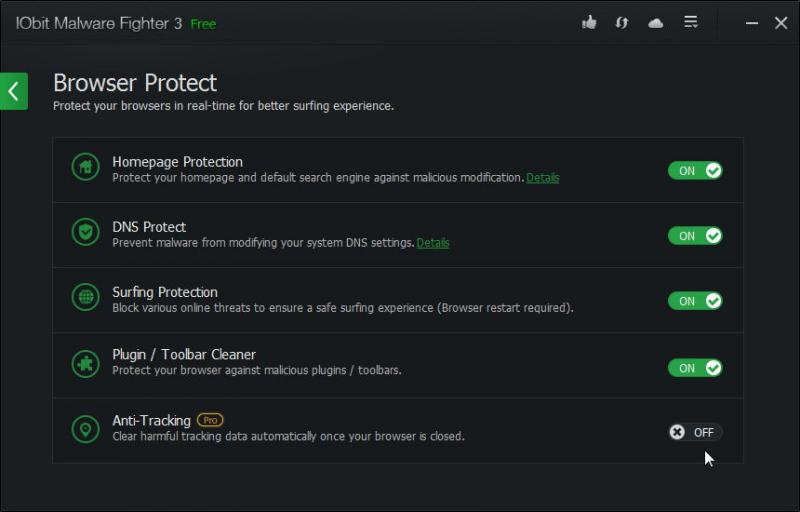 Non-technical users often want to "know" what's going on in their computers even if they have no clue what that really means. IMF 3 does a good job of providing some detail, but at a high enough level that consumers feel reassured rather than overwhelmed.

Jabra PanaCast Review - Get Your Huddle On
END_OF_DOCUMENT_TOKEN_TO_BE_REPLACED