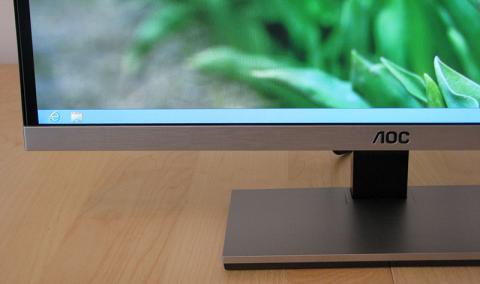 No matter how hard I try to admire the good qualities of AOC's latest thin-bezel monitor, the overall feeling I have is no different than the one I get at Burger King or (as the title implies) when making my way through Aperture Science. By Matt Whitlock
Tweet

I've now spent the better part of a week using AOC's latest thin-bezel monitor, the 23" i2367Fh. I've run every monitor test I can muster, watched movies, and played several different games on it to get a feel for how it performs. No matter how hard I try to admire its good qualities, the overall feeling I have is no different than a trip to Burger King or (as the title implies) making my way through Aperture Science. 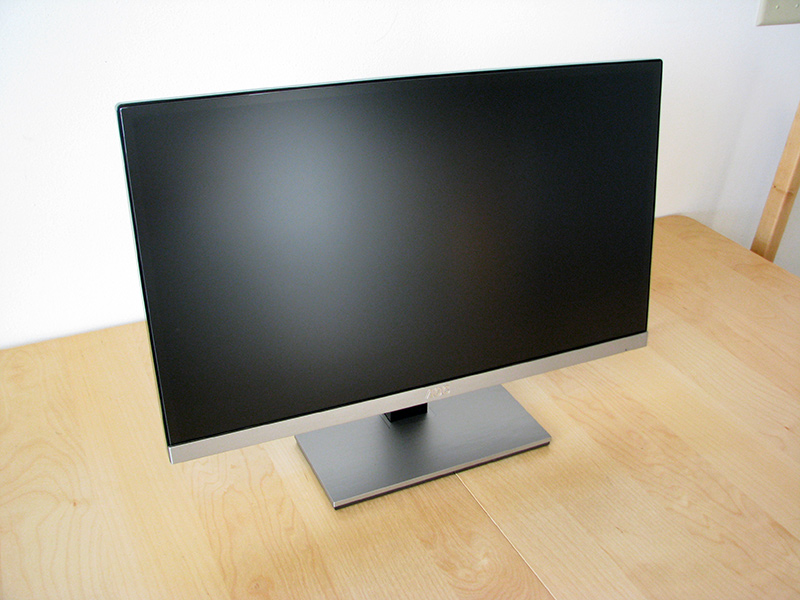 The spec list reads like most other displays, but at this price range it's important to point out you're getting an IPS panel instead of TN, which is quite a treat under $200. Like most LED backlit LCD displays sold these days, this one boasts eye-searing brightness levels and a laughably exaggerated contrast ratio. However, because it's an IPS panel, the response time isn't quite as good as high-performance TN displays.

The back panel sports three video input connections: a single 15-pin VGA port, and two HDCP-HDMI connections. I was surprised to see an additional HDMI port instead of DVI. 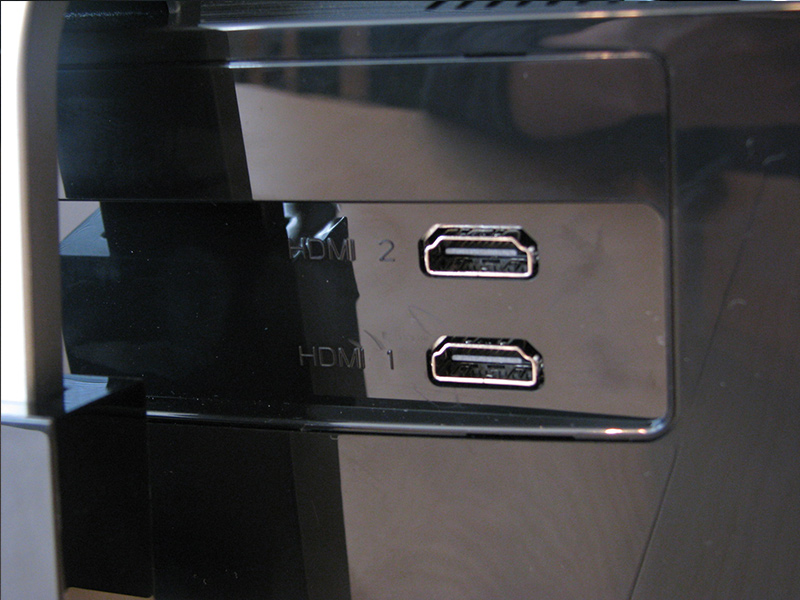 Personally, I find the extra HDMI connection more convenient for connecting a secondary device. For those who would need DVI, a cheap adapter can convert DVI to HDMI.

Additional ports include a 1/8" audio jack for the RGB input and a convenient headphone output which works with any port.  The integrated 4-watt speakers are more terrible than most, and incredibly inadequate for anything other than the random bleeps and bloops of the OS. Wear headphones if you don't have external speakers. 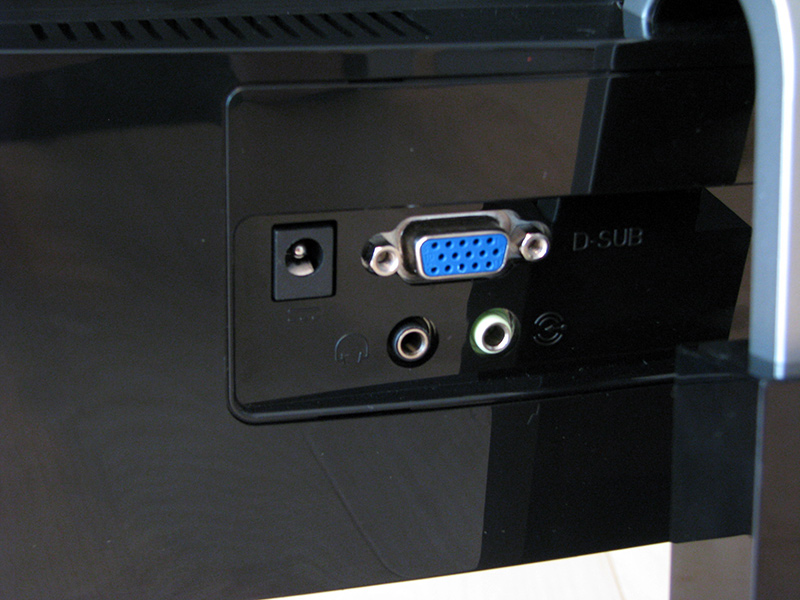 AOC says that its ports are more convenient because they face outward for easy insertion instead of downward. That may gain them a point, but the only reason they can claim that is due to the omission of a VESA holes for mounting the display to a wall or arm. That's worth negative 25 in my book; I'd much rather spend an extra minute plugging in cables and get the opportunity to mount the display on a stand or bracket.