Antsle Private Cloud Appliance vs. Roll Your Own 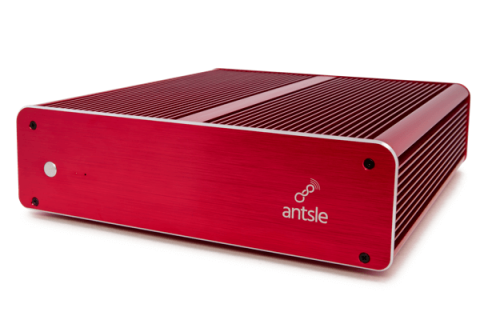 With antsle one, MSPs don’t need to learn the intricacies of cloud management, provisioning, and deployment to move a customer to a private cloud. By Frank J. Ohlhorst
Tweet

MANAGED SERVICE PROVIDERS have embraced the cloud as a path to grow their business and customer base, but some are still finding cloud-averse companies with serious reservations about entrusting their critical applications and data to the likes of Amazon Web Services, Microsoft Azure, and Google Cloud Platform. Those same companies are typically even less comfortable with smaller cloud service providers, leaving MSPs in a quandary. How can they provide cloud-like services, but with the same physical security and peace of mind offered by on-premises solutions? Enter the cloud appliance model from San Diego-based antsle Inc.

Until recently, building an on-premises cloud meant heavy lifting in the form of multiple pieces of hardware, software integration chores, and custom configurations. What’s more, MSPs had to wrap some type of management—a must-have for their business model—around that on-premises solution as well.

Recent advances and maturing software have made building an appliance-like device for on-premises cloud services slightly easier, but pulling it all together still requires a significant amount of technical knowledge. Those seeking to construct an on-premises cloud from scratch should look to some well-understood technologies to be successful.

Start by selecting hardware, which is arguably the simplest ingredient of the on-premises private cloud recipe. MSPs can use white boxes, preconfigured servers, 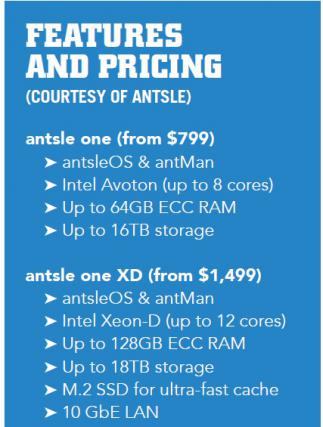 or even build their own systems to act as the cloud services server. It all comes down to making sure the processing power, connectivity, and storage are up to snuff. In some cases, a repurposed desktop may prove adequate as a starting point, helping to keep initial costs down during the proof-of-concept phase.

One of the simplest paths forward is to use open source software to create the actual cloud, so costs are minimized. Picking the so-called “software stack” is a critical element though. Be sure that whatever cloud services are delivered by the on-premises solution can be easily moved to a hosted environment as customer needs grow.

For the cloud stack itself, choices include Citrix CloudStack, Eucalyptus, OpenStack, and more. Bear in mind that they all have their own nuances. You’ll also need an appropriate hypervisor such as Citrix XenServer, a database such as MySQL, a content management system such as Drupal or WordPress, and a management plane, plus storage management, container support, and so on. In other words, even a basic cloud can quickly grow rather complex and will require a bit of configuration and tuning.

Fortunately, the antsle solution offers a better, less expensive way to get started.

Most MSPs are aware of the concept of a network appliance, where specific network services are bundled into a piece of customized hardware driven by customized software. The appliance model has been applied to numerous applications, including storage, security, and remote access. Appliances are well known for their ease of use and plug-and-play simplicity, which begs the question, “Why can’t the cloud come in appliance form?”

Antsle took a long, hard look at that question and answered it with “Why not?” The 3-year-old company created a private cloud server aimed at developers, cloud services purveyors, and even small businesses. The antsle private cloud appliance is designed to be more affordable than a public cloud and brings software development, intellectual property, data, and applications on premises.

The company now builds two different versions of its private cloud appliance: antsle one and antsle one XD. Both are small-form-factor devices that can be set up in a matter of minutes and deployed pretty much anywhere. They don’t have fans, so they are completely quiet, and sport fault-tolerant hardware, such as ECC RAM and SSDs.

Antsle greatly simplifies the setup and provisioning of cloud services, thanks to the integrated OS (antsleOS) and management software (antMan), which are based on Gentoo Linux and other open source software components. Typically, antsle appliances are used as private cloud servers provisioned with software-as-a-service (SaaS) solutions that function as the equivalent of cloud services yet are fully isolated from public clouds, or even external access.