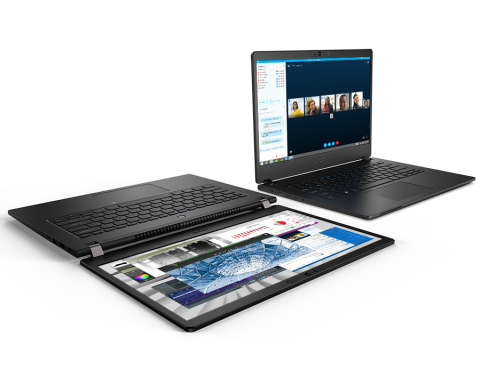 This 14-inch model aims to offer business professionals a lightweight, powerful, and secure notebook without breaking the bank. By Matt Whitlock
Tweet

IN THE WORLD of business ultraportable notebook makers there’s HP, Dell, Lenovo, and then everybody else. That leaves underdogs like Acer fighting for the scraps, which means they must be creative, try harder, and put out interesting products to get noticed. Or, at the very least, put out comparable models at a lower price.

And since not every business can outfit every employee with the thinnest or the most powerful computer, there’s a need for in-between models. Acer’s TravelMate P Series looks to be a channel go-to for a full-featured, high-performance notebook, while being fully manageable, security focused, and affordable. Within that line is the P6, a 14-inch ultraportable aimed at business professionals seeking a lightweight, powerful, and secure notebook. There are numerous configurations, but this review looks at the $1,399 (MSRP) Acer TMP614-51-G2-75A5.

The P6 arrived in a classic, nondescript brown box emblazed with the word “Acer” in black print, kind of like an Amazon box only without the promotional packing tape trying to sell you Prime holiday deals. Safely nestled inside and wrapped in a protective white microfiber cloth was the P6, as well as the power adapter, warranty card, etc.

Also included was a black face mask featuring a mouth complete with fangs and a blue tongue. Because … why not?

From a design perspective, Acer speaks my language with the P6. Sharp, crisp lines and a slightly rounded back give it a professional, sophisticated appearance. The color is also my speed. It’s not stark black, but more of a midnight black with the hue of the moon adding that touch of gray/blue. The dark silver hinges and Acer nameplate provide a brilliant touch of contrast, and when folded the lid doesn’t quite extend completely over the top, which adds a unique stair-step effect to further the visual intrigue. The HDMI sticker on the right corner of the lower bezel adds the perfect amount of ugly to remind you that it’s still a computer and not a work of art.

The specs say the P6 weighs in at 2.43 lbs., which is not the lightest nor the heaviest in the 14-inch ultraportable category. The notebook body is made of magnesium alloy, which provides impressive durability at a substantially reduced weight compared with other metals, like aluminum. Magnesium-alloy can feel like plastic and appear cheap, but Acer clearly put a lot of effort into the finish. It still feels like magnesium, but it looks great and feels good in hand.

At .65 inches it’s not the thinnest ultraportable in its class either, but the fact that Acer has crammed in an impressive number of ports more than makes up for that extra millimeter or two. Take a tour around the edges and you’ll find a power (barrel) connector, HDMI, 2x USB 3.1, USB-C with Thunderbolt 3, headset, microSD reader, and Ethernet. My only gripe is the barrel connector for the power supply; I’d have much preferred a secondary USB-C port for charging.

The 14-inch 1080p IPS-LCD display doesn’t offer touch or inking, but that means Acer could instead opt for a matte finish, dramatically reducing glare from ambient lighting. The screen itself isn’t going to win any awards for color fidelity or brightness, but the viewing angle is great and overall is adequate for business productivity uses.

ChannelPro 5 Minute Roundup for the Week of January 23rd, 2023
END_OF_DOCUMENT_TOKEN_TO_BE_REPLACED