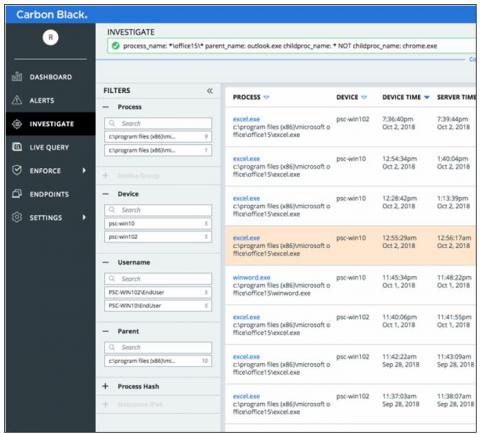 Tech Data has added cloud-first endpoint security vendor Carbon Black to its line card for partners in the U.S. and Canada.

The company, which offers endpoint detection and response (EDR), next-generation antivirus, and threat hunting services, among others, fills a gap in Tech Data’s security catalog, according to Alex Ryals, the distributor’s vice president of security solutions for the Americas.

“We have most of the traditional endpoint vendors, Symantec and McAfee and Trend Micro and the others. But I’ll admit there was a gap in our portfolio in terms of what the industry calls next-gen endpoint,” he says.

Ryals spoke with ChannelPro at the fall 2019 meeting of its TechSelect partner community, which is underway now in Orlando.

Carbon Black’s EDR solution in particular, Ryals believes, will help partners act faster on threats to their customers. “We can automate a lot of the response process,” he says, by removing a compromised laptop from the network or shutting down a misused firewall port, for example.

“Threat hunting is a proactive approach to endpoint security. It’s not just reactive,” he says. “Both are important, but Carbon Black brings us that proactive threat hunting in addition to the active defense capability.”

“That’s an awful lot of a time for a bad guy to be doing reconnaissance on your network,” Ryals notes. “If you can hunt for that bad guy before he attacks and kick him off the network, that’s a win for the company.”

Enterprise customers will be the main focus of Tech Data’s initial sales and training efforts around Carbon Black, but Ryals sees small and especially midsize businesses as promising markets for the new offerings as well.

“The mid-market is a great use case, because Carbon Black’s pricing is reasonable and fair,” he says.

Though partners in the U.S. and Canada can officially order Carbon Black products as of today, Tech Data signed its alliance agreement with Carbon Black on August 1st.

“We have been working with Carbon Black for a while,” says Ryals, who calls the company an industry leader in cloud security. “A lot of the vendors that we have in our portfolio today, and have had for a while, are all in process or have been transitioning to the cloud,” he says. “I love that Carbon Black is kind of cloud-native in their approach.”

VMware announced a definitive agreement to acquire Carbon Black in August. According to Ryals, that’s a plus for Tech Data and its partners.

“We have a very strong relationship with VMware,” he says. “We think that VMware customers will be more apt to select Carbon Black as their endpoint vendor versus some of the others on the market, because of that strong relationship.”

Building out Tech Data’s roster of security vendors, solutions, and services has been a priority for Ryals since he joined Tech Data following its $2.6 billion acquisition of Avnet Technology Solutions in 2017. Recent additions include StratoZen, a provider of managed security services for Fortinet security hardware, and Encryptics, which offers encryption and encoding as a service.

ChannelPro 5 Minute Roundup for the Week of November 22nd, 2021
How do Windows, Linux, and macOS compare?
END_OF_DOCUMENT_TOKEN_TO_BE_REPLACED

LG Gram for Business 17 (2020): Big Reasons to Like It
END_OF_DOCUMENT_TOKEN_TO_BE_REPLACED