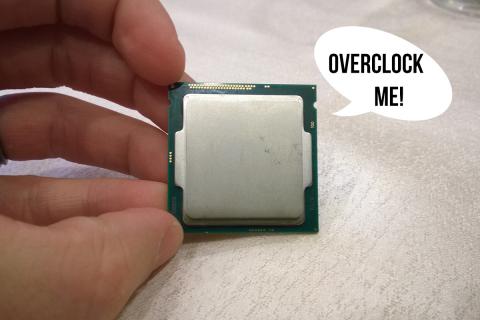 Intel has been using every opportunity at the Intel Solutions Summit to show off its re-found love for enthusiasts, and it has the products coming to prove it. By Matt Whitlock
Tweet

Here at the Intel Solutions Summit (ISS), there's an unusual buzz in the air. Sure, talk of mobile computing, tablets, and smart technologies for business (like smart surveillance and intelligent digital signage) are prominent. The conceptual ideas around the "Internet of Things" are materializing into new products and services; the world where everything is connected isn't far away.

Amongst all of this, Intel has been using every opportunity to say it is re-focused on a market that last year nearly seemed abandoned: the desktop PC, overclocking, and enthusiasts. According to statements made by Maurits Tichelman, Intel’s VP of sales and marketing and general manager, reseller channel organization, the recent lack of focus on system builders and enthusiasts over the past few years will be corrected. He was also quick to point out that the enthusiast segment is growing 20 percent or more in 2014, which represents a huge opportunity for the channel.

Later this year, Intel will be refreshing its desktop processor line from Haswell to Broadwell. In the "tick-tock" strategy Intel has followed over the past several years, Broadwell is the generation that will move to a new 14nm fabrication process. These reductions allow for better performing processors that consume less power, which result in extra battery life for notebooks, smaller devices, and a number of other benefits. 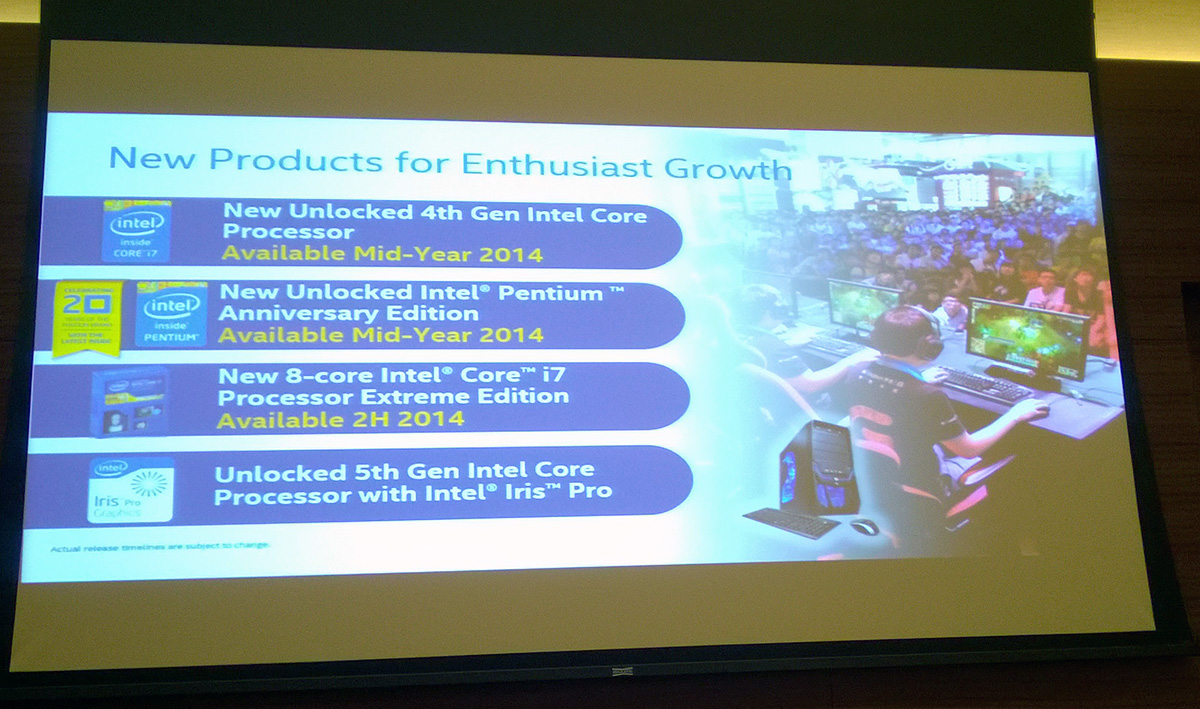 These improvements, of course, also allow for higher performance. System builders will be able to leverage these improvements across the Broadwell lineup, but Intel is also making changes to its unlocked k-series SKUs, which historically weren’t any different than multiplier-locked processors physically.

The number of k-series parts isn’t changing according to an Intel rep we spoke to, indicating builders should expect a one-for-one replacement as Haswell transitions to Broadwell. However, that doesn’t mean there isn’t anything new. During a briefing, PC Client Group VP Laura Crone whipped out a prototype k-series chip, which has a re-engineered thermal spreader to better dissipate heat for higher overclocking.

"We really challenged the engineering team across Intel," says Crone. "What's it going to take get some exciting overclocking in the 4th generation [of Intel Core processors]. And that's what came out. We're not disclosing the frequency yet, but it will be exciting."

The new spreader is significantly stiffer than the general thermal plate on existing core CPUs, and she alluded that there may be some new secret sauce underneath. Unfortunately, the details are being kept hush-hush for now, but I’m sure they’ll talk about it more as the k-series rolls out into the channel. 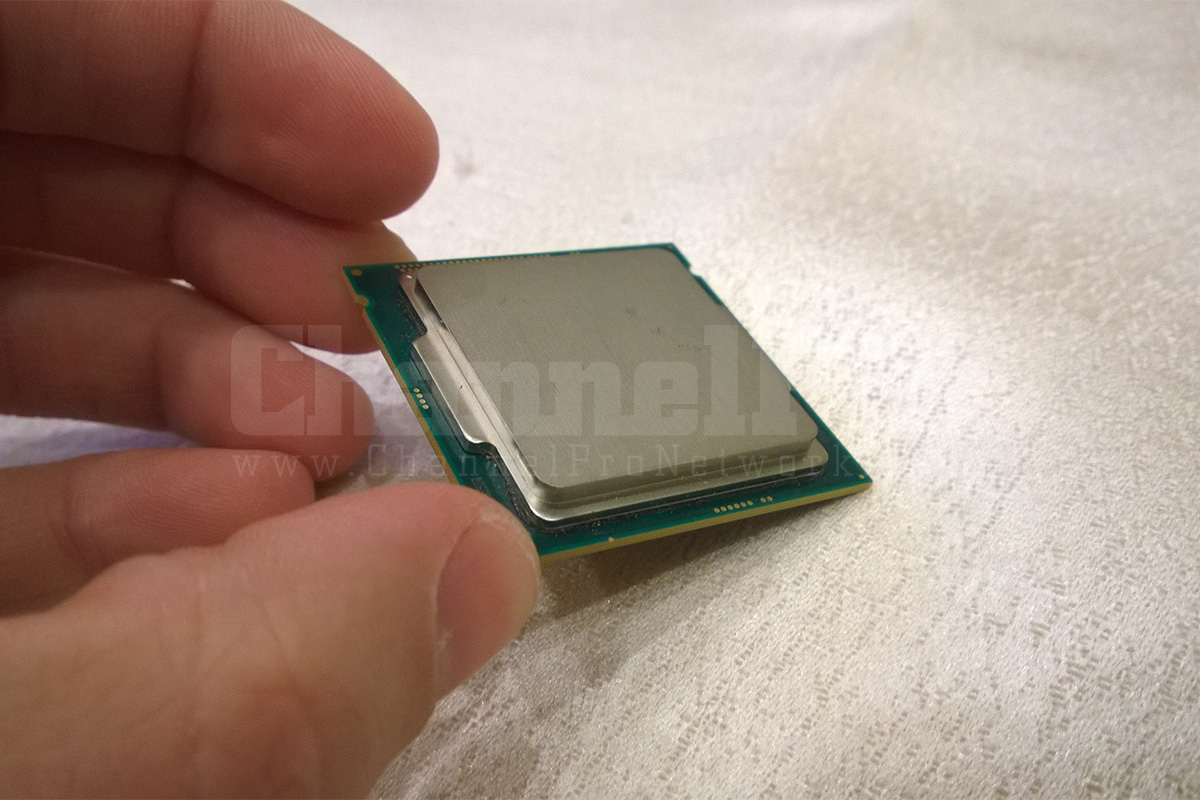 As Intel pointed out many, many times, 95 percent of all K-series products are sold through the channel. Unfortunately, system builders wanting the new unlocked Broadwell chips will have to wait a little bit longer, but they should hit shortly after the non-k products roll out.

The fun doesn’t stop there, however. Along with a new Extreme Edition part in the pipes, and a brief mention of Haswell-E on LGA1155, Intel is also doing a special Pentium “Anniversary Edition” to celebrate 20 years using the brand. There wasn’t time to get into details other than that it appears to be unlocked, which would be a first for any processor bearing the Pentium name. We’re hoping to learn more about that in the days ahead.

2013 was all about Atom and embedded, but there wasn't a whole lot of exciting things happening for enthusiasts. 2014 has exciting developments across all of Intel's product lines, like the new 730 Series performance SSD.

In short, 2014 is shaping up to be a very fun year for PC enthusiasts and overclockers.

Intel Sees Opportunity and Simplicity Ahead for 2019
January 28th, 2019