ICYMI: Our Channel News Roundup for the Week of July 2nd 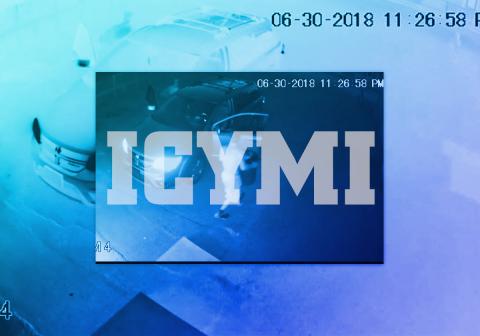 Proposal management help from Microsoft, shipment tracking help from Avnet, and can’t-make-this-stuff-up video of two geniuses stealing dog poop are among the stories we missed while enjoying fireworks this week. By James E. Gaskin
Tweet

It’s a holiday week in the U.S. (July Fourth, Independence Day), full of family get-togethers, hot dog eating contests, and fireworks. Quick, everyone, count your fingers. Good. Now grab hold of the few news bits that snuck by while we in the States were focused on Chinese-made fireworks celebrating American independence. 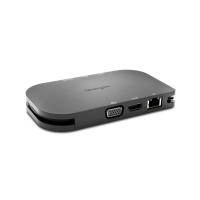 Some new software, hardware, and accessories. Financial services companies need more and more technology every day, and have the money to pay for improvements. That makes them great prospects. That also makes for lots of competition. Microsoft wants to help its partners with Proposal Manager for Financial Services, which it’s built into the Microsoft 365 platform. Build proposals faster, make them look nicer, and manage them more easily, say MicroExecs.

Say hello to the new RICOH Pro C7200 series of printers, including the Graphic Arts Edition. Hot new prints from sheet-fed color printers that pop out up to 95 pages per minute of 2400 x 4800 dpi color.

Kensington (accessories and more) added to the USB-C product flood with a new SD1600P Universal USB-C Mobile 4K Docking Station with Pass-Through Charging (pictured). Yes, the name is bigger than the box. But that small box is packed with power, including charging power to the two USB 3.0 ports, a 4K HDMI port, and a USB-C Thunderbolt port that data syncs up to 5Gbps. 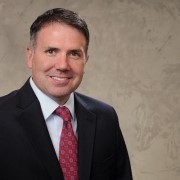 Other news. NETGEAR added Brad Maiorino (pictured) to the company’s board of directors. Currently a senior exec at Booz Allen Hamilton, Maiorino has a strong cybersecurity background.

Avnet sent its partners a box full of good news about ParceLive, the real-time shipment tracking system from Hanhaa, which is now set to become available to Avnet customers globally.

SUSE Linux, one of the first enterprise-grade open source software developers, just signed the papers to be acquired by the EQT VIII fund. The Micro Focus-owned SUSE had revenue of $320 million and about 1,400 employees worldwide. Sale price was listed as $2.535 billion.

Speaking of acquisitions, Plantronics put $2 billion of cash and stock on the line to acquire collaborative voice and video products and services firm Polycom. Everybody together: sounds good!

Finally, big execs are getting clued in to the need for better cybersecurity. Gartner will drive that point home during the Gartner Security & Risk Management Summit in London this September. Six trends the analyst firm plans to highlight: execs now understand security breaches damage the company, new regulatory mandates increase the emphasis on data security, the cloud leads in security delivery, machine learning provides greater and greater value in security operations, geopolitics is making the security scene even messier, and concentrations of digital power could be risky. Lots to talk about.

On one side of the coin? Small businesses with Help Wanted signs in the window (real or virtual) hit a new record, according to a National Federation of Independent Business report this week. Finding qualified workers was the biggest problem for 21 percent of the group’s members. On the other side of that coin? Rising wages for new workers means the money must come from somewhere, like, too often, the technology budget. New workers also mean new internal security risks (cold, but true), so keep that cybersecurity system fully funded. 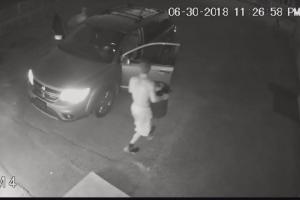 Fun with security cameras (canine edition). Speaking of security, remember the physical world gets breached as well. One way to deal with that is to install security cameras. Usually, watching recorded video is hugely boring but punctuated by “oh, crap,” every now and then.

Two criminal masterminds drove up to the back of the building in a van late one night. The driver jumped out, grabbed a large plastic garbage can, and headed back to the van with the loot. The passenger snatched up a broken sign.

Before the evil geniuses could abscond with their treasure, something spooked the driver. Stooge One dropped the garbage can, jumped in the van (sure looks like a soccer-mom minivan) and backed up to escape.

Unfortunately, his partner had just opened the passenger door when The Great Escape started. Knocked to the ground, Stooge Two could only watch as the van drove away. He escaped on foot.

The big prize in the large plastic garbage can? Dog poop. Yep, droppings from that day’s guests at that doggy day care named Central Bark.