ICYMI: Our Channel News Roundup for the Week of January 6th 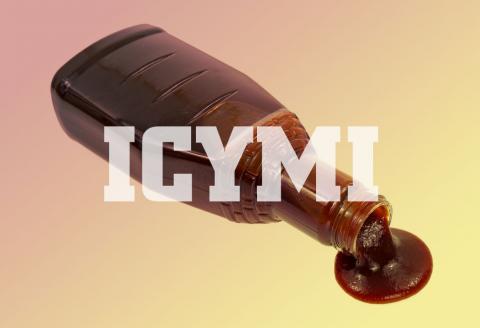 Products aplenty from CES, new leaders for Ivanti and WatchGuard, and the dangers of dissing that bottle of BBQ sauce your boss gave you for Christmas are among the stories we’re bringing your way just in time for the weekend. By James E. Gaskin
Tweet

Welcome to the first real work week of the new year and new decade. Some of you may have been among the 200,000 others wandering around CES. Even if you were there, you probably missed most of the CES newsbits we start off with, along with other tidbits swept away by the tidal wave of CES news. 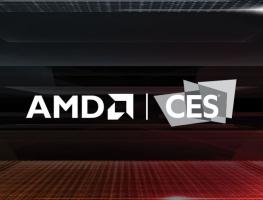 But wait, there’s more! The new AMD Ryzen 4000 Series Mobile Processor family built on the Zen 2 core architecture with the advanced 7nm process technology were announced at CES as well. A hot new mobile processor to go with the hot new mobile GPU.

Motherboards, monitors, and network products also got in the spotlight. Drilling down, the ExpertBook B9450 weighs just 1.91 lbs. even with a 10th Gen Intel Core processor, two 1 TB PCIe 3.0 SSDs, and 16 GB of RAM. Hard to appreciate all that power on one screen, so it includes a full-sized HDMI port for a second monitor.

NETGEAR is doubling down on its Nighthawk Wi-Fi 6 products with the launch of Nighthawk Mesh WiFi. We reviewed the NETGEAR Nighthawk AX12 WiFi 6 Router in November. Also out now? The NETGEAR Orbi Tri-Band Mesh WiFi system with 4G LTE cellular connection as an alternative to wired Internet connections.

Looks like it’s a Wi-Fi 6 world now, at least at CES. Here’s a batch of new mesh Wi-Fi products from D-Link:

And another half-dozen, including the new DIR-X1560 Smart Wi-Fi 6 Router.

What, no 5G products yet? Here’s some: D-Link 5G NR Enhanced Gateway, 5G Gateway, and 5G NT Outdoor Unit. Speeds up to 3 Gbps.

Linksys, Wemo, and Phyn, the connected home division from Belkin and Foxconn, had some fun 5G and Wi-Fi 6 announcements of their own. Linksys showed 5G hotspots, modems, routers, and mesh gateways along with Wi-Fi 6 routers. The Wemo WiFi Smart Plug is small yet has voice assistant capabilities. Drink in the coolness of the Phyn Smart Water Assistant. 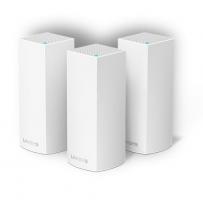 Schneider Electric jumped into the residential market in a big way, mostly through its Square D group. Look for the Wiser Energy System from Square D, with Smart Home Monitor and Smart Home Solar edition, routed through the Square D Energy Hub.

Sprint’s IoT Factory gets a redesign to better help small businesses solve operational problems with IoT. Look for IoT In a Box and tailored solutions based on proven technology. Sprint and Wirecard (digital financial tech) mashed up to create a platform to deliver the “Internet of Payments.”

Did you know BlackBerry QNX was in more than 150 million cars? New tools for the auto market include BlackBerry QNX Hypervisor, CylanceProtect, CylanceOPTICS, and more. 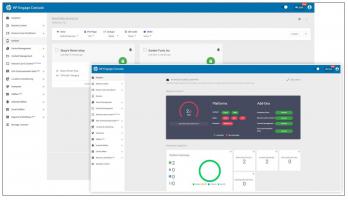 Early NRF news. Might not be as mega as CES, but the National Retail Federation show in NYC next week is a big deal too, so that’s where HP has decided to announce new cloud services for retailers and hospitality operators. Howdy, HP Engage Console (pictured) and HP Engage Catalog.

Retail chains have lots of locations, and the Aruba SD-Branch solution, part of the company’s Edge-to-Cloud strategy, provides a single point of control and management for SD-WAN, wired, and wireless networking.

Cradlepoint, with its LTE and 5G products, just announced new machine learning capability for its NetCloud Service. All 5G ready when the carriers get to your location.

Automation is great but getting there can be pretty labor intensive. The Nintex Process Platform just added a new gallery of templates to help companies automate more quickly and accurately.

CaaB, the company name that stands for Cloud as a Business, now has a Single-Click App to help users migrate to the cloud of their choice.

It won’t be winter forever, which mean people will wander outside again in a few months. Be ready to help them stream their kitten videos, and, oh yeah, work, with the new EnGenius Technologies WiFi 6 outdoor access point. 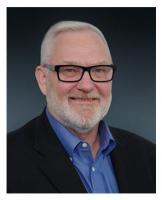 Look, ma, vendors but no products. Ivanti announced Chairman of the Board Jim Schaper has been appointed CEO. Longtime CEO Steve Daly has retired but will remain a board member.

Kaspersky rolled out the red carpet for Rob Cataldo as he becomes managing director, North America, responsible for sales, business development, and marketing.

Talend (data integrity) ordered lots of new business cards. Christal Bemont takes over as CEO from Mike Tuchen, who will remain on the board. Ann-Christel Graham is now chief revenue officer and Jamie Kiser is chief customer officer. That’s an impressive three new women in the C-suite, in case you’re counting.

NETGEAR brings in Dr. Martin Westhead as CTO of software.

The Zix | AppRiver Cyberthreat Index for Business collected data online in October 2019 from companies with 1 to 250 employees across a range of industries. Respondents were all executives, from CEO to head of data management or compliance officer. 99% of the larger companies that responded are interested in AI for use in their business, especially companies in the telecom (98%), financial services and insurance (95%), and government (94%) segments. Yet nearly 7 of 10 (68%) weren’t aware of potential cybersecurity risks. Doesn’t matter: even the aware companies will use AI anyway. 54% of all SMBs plan to use AI no matter the risks. And people wonder how the movies came up with the idea for Skynet. 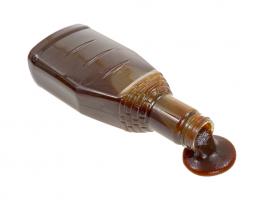 Don’t dis the BBQ sauce. In some parts of the country (warmer parts), BBQ sauce can be a prized family recipe, point of pride, winner of blue ribbons, and source of solace to the afflicted. Yet when Hussien Mehaidli of Fastenal got a single  $5.99 bottle of Hickory BBQ Sauce from Get Sauced as his Christmas gift, he became one of the afflicted. The addition of a grill scraper with the company logo didn’t help, because Mehaidli lives in British Columbia, where outdoor grilling season is about six months away.

So the Fastenal general manager griped in social media that he missed the nice gift box from previous years that included cookies, candies, and beef jerky, which his American-based coworkers received. Did he get some cookies? Nope. He got canned. Fired. Shown the door. Released. RIFed. Dumped.

Mehaidli was not stupid, because he had complained on his anonymous Twitter account. Didn’t matter. His boss called him, referenced the Twitter account comments, and sent him packing for violating the company’s “standards of conduct policy.” Odd that a company has a “no complaints” code of conduct. We thought the “No Whiners” signs were just quaint office humor.

Sorry, no single bottle of BBQ sauce is worth your job. Worse, Fastenal cheapening out to give Canadian employees lousier gifts than their American counterparts seems pretty darn Scrooge-like.

ICYMI: Our Channel News Roundup for the Week of February 18th
February 22nd, 2019

How to Be an MSP: 7 Steps to Success
END_OF_DOCUMENT_TOKEN_TO_BE_REPLACED