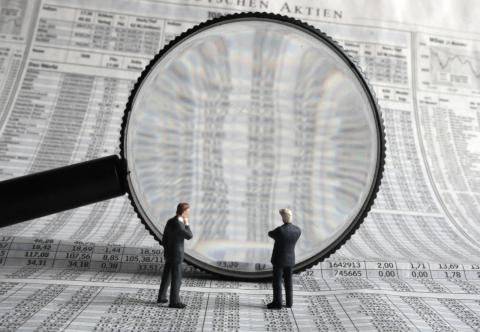 A collection of stories worth knowing about that you may have missed. By Rich Freeman
Tweet

We get around here at ChannelPro, but even we have trouble keeping up with the SMB tech world’s many doings. Here’s this week’s summary of stories you need to know about that we didn’t write about.

Some people are hard to please. Remember when we predicted a “blow-out quarter” for Amazon earlier this week? Forgive the self-congratulation, but we nailed it. Yesterday Amazon reported record sales of $35.7 billion for Q4 2015, a 22 percent increase over the previous year’s mark, plus a 69 percent year-over-year jump in revenue from its Amazon Web Services cloud computing unit.

The next day investors rewarded the company for that solid performance by dumping huge piles of its stock, driving Amazon’s share price down over seven percent as of post time for this story. It seems some finicky types—many of whom happen to be Wall Street analysts—were expecting even higher revenue, profits, and earnings per share.

Steve who? Speaking of strong quarters, less than two years into his tenure as CEO Satya Nadella closed out 2015 with impressive numbers for Microsoft's fiscal year Q2, which closed on December 31st. In results disclosed yesterday, Microsoft reported $25.7 billion in revenue and 78 cents of per-share earnings. Both figures are adjusted to defer some Windows 10 revenue, but were above pre-release market estimates. As expected, Microsoft’s cloud computing business deserves much of the credit for that accomplishment—Office 365 revenues rose 70 percent and Azure revenue was up 140 percent.

In more news out of Redmond this week:

And as long as we’re talking about products. Microsoft wasn’t the only company shipping them this week.

But please don’t call them StorageWALL. For the second time in as many weeks, newly installed StorageCraft chairman/CEO and ex-Dell SonicWALL executive Matt Medeiros has added a fellow SonicWALL veteran to his leadership team. Last week it was Marvin Blough, who was named StorageCraft’s worldwide vice president of sales. This time it was Lee Schor, who has stepped in as the company’s new VP of sales for the Americas.

What’s next, a second life for the Commodore VIC-20? DeLorean Motor Company (and no, I wasn’t actually aware they’re still around either) announced this week that it will ship about 300 of its classic brushed steel DMC-12 sports cars by end of year. Production of the gull-winged vehicle, made famous by the equally venerable Back to the Future, ceased in 1983 amid the company’s financial collapse and the eventually overturned indictment of founder John DeLorean on cocaine trafficking charges.

2021 ChannelPro SMB Forum Series Kicks Off in the Midwest
Your Next Move: Server Administrator
END_OF_DOCUMENT_TOKEN_TO_BE_REPLACED

Jabra PanaCast Review - Get Your Huddle On
END_OF_DOCUMENT_TOKEN_TO_BE_REPLACED