ICYMI: Our Channel News Roundup for the Week of August 3rd 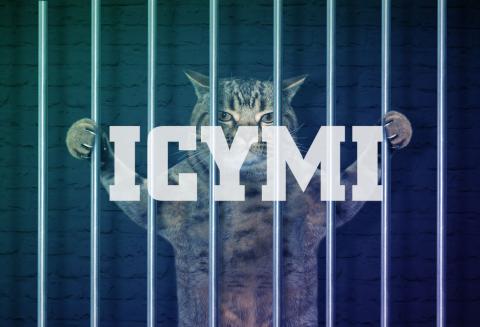 Shiny new endpoints from Google and Apple, shiny new access points from Aruba and NETGEAR, and an ingenious criminal scheme involving an apparently well-trained cat are just a few of the stories we’ve finally found time to bring you. By James E. Gaskin
Tweet

We’ve said this several times, but 2020 has become the year that just keeps on giving—problems. Now it’s named storms in the Atlantic. The average from 1981-2010 was 13 per year. This year, experts warn we may run out of pre-chosen names. Since there’s one name starting with each letter of the alphabet, 26 is the limit. If there’s need for a 27th name, we vote for A-Aron. Time for a special on power and data backup systems? Don’t let these newsbits lose power before you catch up.

Prefer a bigger Shiny New Thing? Try the major update for the Apple 27-inch iMac. Retina 5K display, better camera, speaker, and mics (timely with our new VidCon workforce). Faster Intel processors with up to 10 cores. Superfast SSDs with up to 4x the storage of the previous model. 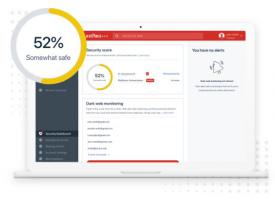 Every technology needs better security, but the Internet of Things is at the top of most lists for “needs security help.” So the new partnership between Sectigo and ReFirm Labs to help vendors better secure firmware is good news.

It seems phishing has become the attack vector of choice, thanks to ransomware. Hello to the new Mimecast SAFE Phish to help train then test users with neutered real-life hacker emails.

One way to fight new attacks is to understand the old ones. BlackBerry’s PE Tree, a free open-source security tool, reduces the hassle of reverse engineering malware.

Are your clients handling user passwords securely? Of course not. Hello to the new LogMeIn LastPass Security Dashboard (pictured)that now includes dark web monitoring. The monitoring part can be triggered at no additional cost from multiple LastPass packages.

SailPoint Technologies and Proofpoint teamed up to better protect user’s data and inboxes. Joint customers can also identify and apply appropriate levels of access to critical systems and data. 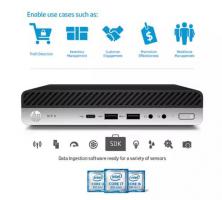 Other product news. The first retail product from the EdgeX Foundry, hosted by the Linux Foundation, is the HP Engage Edge (pictured). Makes on-premises, sensor-based solutions easier to deploy for hospitality and retail customers.

Or you might check into the new Wi-Fi Certified 6 Aruba Instant On AP22 access points. Built with smaller businesses in mind.

Free for the rest of 2020, the Zoho Creator-powered BackToWork program is available to help companies whip-sawed by the pandemic. After the March release of Remotely (the 11-app suite is free through September 1), the BackToWork program helps smooth the transition back to the workplace.

The Logitech Swytch, a one-cable laptop link, lets you run meetings on any video conferencing platform from your laptop. It has both USB and HDMI connectors.

In other VidCon news, Wildix has a new release of its Wizyconf video conferencing solution. New features increase admin control and simplify meeting hosting and participation.

Nobody wants to get close to possibly unwell folks nowadays. Perhaps the new Elo Access set of configuration kiosk-based visitor management self-service solutions can help. Visitors can even take a wellness questionnaire with the Elo Access App, including a temperature check. 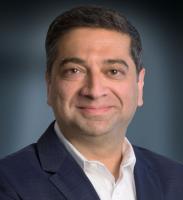 Non-product vendor news. Axcient appointed Prakash Panjwani (pictured), CEO at WatchGuard, and Steve Lewis, CEO at Dataprise, to its Board of Advisors.

Techies, get your red carpet gowns and tuxes ready! The SolarWinds inaugural IT Pro Day Awards is accepting nominations through August 31. Winners will be announced on September 15, also known as IT Professionals Day.

Kaspersky and SYNNEX now extend their alliance in Canada to the U.S. Resellers can access Kaspersky through the SYNNEX Stellr cloud marketplace.

Pax8 partners now have access to the Liongard unified automation platform for MSPs.

D&H has a jam-packed business continuity resource center for you to peruse.

Virtual hands were shaken between HPE and SAP. Now you can get the customer edition of SAP HANA Enterprise Cloud with HPE GreenLake as a fully managed service at the edge.

High Wire Networks spent a bucket o’bucks to add network resilience and capacity for increasing demand to the Overwatch Managed Security Platform as a Service.

The August 2020 Netskope Cloud and Threat Report analyzed trends in enterprise cloud service and app use and the like. Rushing to remote work, not surprisingly, created some security issues. For example, there was a 161% increase in visits to high-risk apps and websites. Personal use of managed devices nearly doubled, as did the number of people working outside the office. 64% of workers in surveyed companies are now remote. No surprise, there was an 80% increase in collaborative app use, bloating the number of cloud apps used in the largest enterprises to over 7,000. The 600% increase in traffic to adult content websites didn’t thrill any managers, either. Perhaps that was part of the reason for 63% of malware being delivered over cloud applications.

Sophos says it best: Extortion is going social in 2020. That’s the headline for “The Realities of Ransomware” report. Gangs like WastedLocker have taken evasive tactics to a new level and are starting to bypass behavioral anti-ransomware tools. The criminals behind Maze ransomware began incorporating steal and share for additional extortion pressure. They release a portion of a victims’ stolen data when the victim doesn’t pay. Other malware gangs have followed suit. For instance, the “Shadow Kill Hackers” attacked the city of Johannesburg. Rather than encrypting critical files, the miscreants threatened to release financial and personal data of citizens.

Here’s a shocker: cybercriminals are motivated more by money than intelligence or intellectual property. The Mimecast Threat Intelligence Report: Black Hat U.S.A. Edition 2020 analyzed 92 billion rejected emails. The two main trends were the grab for cash by criminals and the continued reliance on COVID-19 related campaigns. Don’t MBAs tell you to keep doing what works? Organizations are now at a higher risk of being attacked by ransomware due to the high volume of continued attacks and the disruption caused by the pandemic. This will likely continue through the rest of 2020. Impersonation attacks increased by 24% between January and June to nearly 46 million per month. 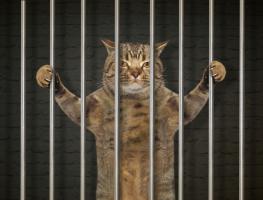 Prisons often deal with outsiders throwing contraband over the prison walls. Drones drop packages. But who in their right mind would trust a cat to deliver an important package to a particular person?

Perhaps the cat was trained like a Labrador Retriever and knew exactly who to deliver the goods to inside the joint. Hmm. If only the cat hadn’t escaped, we could force a confession. Because cats are eager to please and always do what you ask.