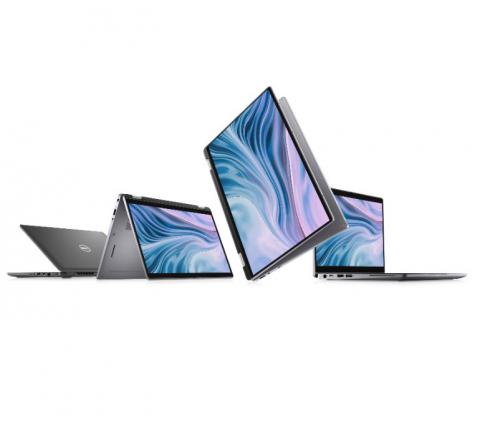 For the first time, Dell’s 5000 series of Precision devices now includes a 17-inch model in addition to the previously available 15-inch unit. Called the Precision 5750, the larger system has a starting weight of 4.7 lbs. and a 94% display to body ratio, as well as up to an NVIDIA Quadro RTX 3000 graphics card. The 15-inch Precision 5550 weighs 4 lbs. and up, has a 92% display to body ratio, and supports up to NVIDIA Quadro T2000 graphics.

Both products run on 10th Gen Intel Core and Xeon CPUs with up to eight cores and feature 16:10 displays. They are, according to Dell, the smallest and thinnest mobile workstations by surface area in their size class.

Calling the products showcased today “the industry’s most sustainable PC portfolio,” Dell says that all of them are registered as EPEAT Gold or Silver. A wider range of Latitude devices now use emission-reducing waterborne paint on 100% of painted parts, the company adds, while devices in the OptiPlex portfolio are now made with up to 60% recycled plastic.

ConnectWise Warns MSPs: Get Serious About Security Soon or Else
END_OF_DOCUMENT_TOKEN_TO_BE_REPLACED

Jabra PanaCast Review - Get Your Huddle On
END_OF_DOCUMENT_TOKEN_TO_BE_REPLACED