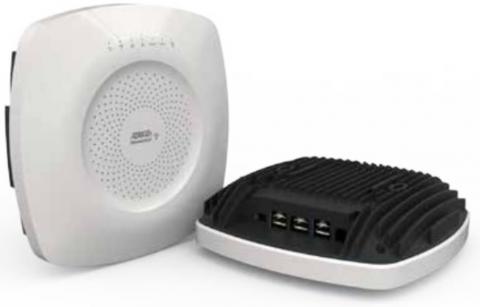 Both WAPs utilize the company’s new DynamicSteering technology, which is designed to improve W-Fi performance by distributing client devices intelligently across access points and radios. By Rich Freeman
Tweet

Named DynamicSteering, the new Wi-Fi band steering technology is designed to help end users faced with proliferating PCs, laptops, smartphones, tablets, and Internet of Things sensors avoid the network slowdowns that can result when too many devices bombard the same wireless access points all at once.

“We’ve seen with a lot of customers that they’re running into congestion issues,” says Jason King, director of marketing for ADTRAN’s hosted ProCloud network management solution. “There are too many devices connected to the same radio on the access point, and that leads to poor performance.”

According to ADTRAN, most access points presently available are powerless to address that problem, because they allow client devices to decide which AP they utilize and when to switch to another one. By usurping that power, DynamicSteering allows WLANs to distribute clients more intelligently across access points for faster network speeds.

That’s an especially valuable capability for the 802.11 Wave 2 access points now beginning to reach market. The band steering technology on those devices, which feature both a 5 GHz and 2.4 GHz radio, typically utilize the 5 GHz radio exclusively, leading to overuse and network traffic bottlenecks. DynamicSteering, by contrast, evaluates which access point, and which radio on that access point, is the best destination for a given client based on its needs and current performance conditions across the wireless LAN.

“It’s going to match the client with the best possible radio,” Fernandes says.

The technology has “post-association steering” functionality as well that enables it to re-assign clients to different radios and APs on the fly as conditions change, and to prevent so-called “sticky clients” from clinging to distant, low-bandwidth connections when their users roam.

ADTRAN positions DynamicSteering as a superior alternative to the proprietary antenna-based “beamforming” technologies some hardware makers now use, which seek to improve wireless network performance by increasing signal strength on the client side of the connection. According to Fernades, that approach can actually make sticky clients stickier.

“Instead of trying to increase the signal out of the client, it’s better to try to match that client with the best AP,” he says.

Dynamic Steering is available immediately as a free download to any ADTRAN customer with an active maintenance contract.

The DynamicSteering-equipped WAPs announced today fit within ADTRAN’s Bluesocket family of cloud-managed wireless LAN products. The new Bluesocket 3040 and 3045 both feature four radios: One for 2.4 GHz networking, one for 5 GHz, one dedicated solely to detecting security threats and technical issues like network interference, and a fourth for Bluetooth connections.

Jabra PanaCast Review - Get Your Huddle On
END_OF_DOCUMENT_TOKEN_TO_BE_REPLACED