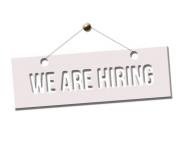 Just as hardware and software enterprise IT solutions are evolving, so too are the ways that cyber criminals are attacking them. As quickly as the IT channel is able to evolve to meet the current challenges, those behind them are able to change the threat.

"The report states that 2013 was a watershed year for cyber security, with a lot of attention focused on cyber-espionage, privacy threats and the acts of malicious insiders," the article reads. "But with last December's big Target breach and other security hacks, the message was clear: cyber criminals who are simply in it for the money are still out there, and growing."

The report goes on to say that with the growing adoption of platforms like mobile devices, social media and the Internet of Things, cyber criminals have a bigger playground that they can attack. This increases the number of things that IT security professionals need to worry about.

Cyber security is something that every company needs to be on top of because we have entered a digital age of business. However, that doesn't mean you need to add security professionals to the team. Instead, partnering with a quality VAR or MSP that specializes in security could be the best course of action. VAR Staffing helps these solution providers identify and recruit the impactful talent that is needed to combat growing threats.

VAR Staffing is passionate about our unique ability to proactively identify and recruit the best talent in the IT Channel community.