The IT industry is being regulated. "Not being regulated" is no longer an option. Regulations come from many places, including state and federal agencies. Actual laws are a little ways down the road in most cases. But they're coming.

I thought it would be useful to look at some other industries and how they came to be regulated. One of the most obvious parallels is the automotive repair industry. You can actually look at some of the regulations and tell why they were implemented.

[Disclosure: I come from an auto repair family. My father and two of my uncles made a living as mechanics. My father and one uncle owned gas stations with repair facilities. My father had a side business rebuilding Volkswagens into custom dune buggies. I have brothers and cousins by the dozens who have been professional or amateur mechanics.] 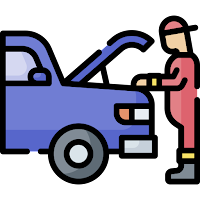 If you engage a mechanic today, your experience generally goes like this:

As with many, many professions, knowledge plays a big role in the relationship. Even if you're mechanically inclined, the mechanic knows more than you. They have updated knowledge and lots of recent experience. So you pretty much have to believe them.

This entire discussion is VERY analogous to the IT industry. In fact, the first legislation regulating MSPs in Louisiana was designed to address the IT version of the situation described above. Consultants (which the Secretary of State identifies as Managed Service Providers whether they are or not) were signing contracts with state agencies and then under-performing or not performing the work as described in the contract.

See information on the Louisiana law at https://www.sos.la.gov/BusinessServices/FileBusinessDocuments/ManagedServiceProviders/Pages/default.aspx

I said we could figure out why regulations were put in place. In the case of the automotive industry, there were obviously lots of mechanics who used their knowledge to engage customers, and then charge them more than they had agreed to. And, in many states (maybe all states), the mechanic can actually place a lien on your car. So if you don't pay them what you owe, they can have your car repossessed or, at a minimum, get their money when you sell the car some day.

In other words: Unscrupulous mechanics were making huge profits by cheating their customers. The laws or regulations that require an estimate and approval of additional charges has not eliminated the problem, but it has three positive effects. First, it has dramatically reduced the number of bad actors in the industry. Second, it has increased consumer awareness of the problem. And, third, it has created an opportunity for the best, most honest mechanics to promote themselves as super-competent and super-honest.

All of those things are good for the consumer. And they have raised the bar with regard to competence and honesty in the automotive repair industry. So, these requirements have been good for honest, competent mechanics as well.

I realize that many people want to treat discussions like this with quick judgments. But the world is a big, complicated place. No matter how much you hate regulation, it's coming. And sometimes, the smallest amount of regulation can make a huge difference - and help us avoid a lot more regulation.

If an industry can regulate itself effectively, we won't find ourselves being regulated from the outside by government agencies that don't really understand what we do for a living. I hope the National Society of IT Service Providers will be the voice of our industry and help us to regulate ourselves.

Please check out the NSITSP at www.nsitsp.org. Join today. Be involved in the conversation. And help us address the major issues we face industry-wide.

The Government is Telling Your Clients How to Select an MSP
September 18th, 2021
Three Things You Should Do in Response to the CISA Documents
September 21st, 2021
NSITSP Update: Elections, Vendor Partners, Logo Contest, and more . . . A report on the big meeting
May 12th, 2022
Regulation Conversation: Lessons from the Auto Industry
June 10th, 2022
Regulation Conversation: Lessons from the Transportation Industry
June 13th, 2022