Ignore Your Competition - Part 2: The Myth of Scarcity

Do you believe in scarcity? It's not what you think!

Now let's turn to one of the great business myths that leads people down the road of wasting time thinking about their competition. If you're a technology consultant, there is no scarcity of clients, no scarcity of work, and no scarcity of money. There might be a scarcity of self-confidence or ambition. But studying your competition won't help with those problems. 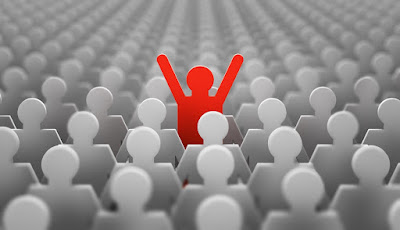 Oops, I did it again. Let's try one more time. We study our competition so we can understand the market, make sure we're doing at least what others are doing and not charging too much or too little. We place ourselves right in the middle of the bell curve. And thus, quite realistically, we study our competition so we can charge less money and make less money.

No matter how you slice it, focusing on your competition tends to make you more mediocre (the definition of the middle of the bell curve) and less expensive. You don't start out trying to make less money, but it's almost always the outcome from putting attention on the competition.

Last time, I argued that competition doesn't mean what you think and really amounts to a tiny fraction of people in your industry that you can't really study anyway. Today, let's talk about the greatest threat to your future success: The Myth of Scarcity.

The Myth of Scarcity

The concept of competition assumes winners and losers. In other words, it assumes we're playing a zero-sum game (When one company gets a dollar, some other company gets one dollar less). This is what they call a mentality of scarcity.

The reality is that the technology industry is an ever-expanding universe. Most people start with fixing PCs, setting up computers, and then figuring out networks. They expand to specialize in something. It might be servers, cloud services, or emerging technology.

If you look at what the average "computer consultant" did and sold in the 1990's, it seems like a completely different business. That's because it is. Business people were less technical; technical people were less business-oriented. The same story holds through the 2000's and 2010's. We're always taking on new challenges and new technologies.

No one can resist the ever-changing nature of technology. If we're not selling the new stuff (yet), we're having to integrate it or make old technology work with it. On top of that, new businesses come into existence every day. They need technology. And many businesses grow in order to survive. So, again, they need more and more technology.

I've seen wave after wave of people retire from this business for the same reason. I'll quote someone who said it perfectly to me in 2008 when I invited him to a seminar on cloud computing: "I'm not going to learn another generation of technology." Those words stuck with me as I watched one person after another retire or quit the business during the recession of 2009-2011. The recession was somewhere between an opportunity and an excuse. But the real reason was a reluctance to learn the next generation of technology.

And what is a "generation" of technology? It's not just the latest hardware, software, and operating system. A generation of technology is more about a significant shift in how things are done. It requires some re-schooling and re-tooling.

Here are three secrets you need to remember. 1) Technology generations are constantly emerging, peaking, and fading. In other words, we're always in the midst of at least three great waves. One early, one middle, and one late in a technology generation. 2) Your only real "competition" is your own reluctance to learn the next generation of technology. If you don't embrace AI or machine learning, that's your decision. But when someone comes along and sells those things instead of you, you can't really call them your competition.

Finally, 3) There are no secrets. It will take you eight minutes to determine what people in your city charge for services. I argue that that information is irrelevant. But if you choose to act on it, that's on your again.

Why People Compete on Price

We know for a fact that buyers don't buy on price. Research tends to show two things. First, only a small percentage (under 20%) of buyers buy on price. Second, when asked to rank the factors that influence buying, price is normally third on the list. Quality products and services always outrank price.

But when we choose to compete, price somehow bubbles to the top. This might be simple laziness, but people don't try to figure out how to compete by focusing on the things that matter most - quality and service.

Price is a factor, but it's not the factor.

But look at your own spending. Is your accountant the cheapest in town? Your attorney? Your insurance rep? Your landlord? Your janitorial service? Your car? etc. etc. In all cases, you would probably answer the same for all of these: "I have no idea, but I doubt it." In other words, YOU don't buy on price. So why would you spend energy worrying about whether your clients spend on price?

The more you focus on "competition," the more you will focus on price. It's inevitable because it's an easy, visible thing that we all agree on. We know the value of a dollar. We don't know how to quantify the value of a positive customer service experience.

If there's any scarcity in our industry, it's a scarcity of skilled talent. You are paying more and more for good technicians than ever. And there's always a scarcity of the next generation of technical talent. Today there is great scarcity for people who are really good at Microsoft 365, security, and higher-end programming. We literally need millions more people in these fields than we have today.

In my book, The Absolutely Unbreakable Rules of Service Delivery, I tell the story of mowing lawns for five dollars an hours when I was a kid. I rode my bike and didn't have a lawn mower. So I rode to the other side of town (literally up hill) to where people had money. I brought hard work. They provided the tools. And they paid me.

I didn't know that the minimum wage was $1.60/hour back then. Apparently, neither did my clients. But I was willing to work for $5.00/hour and they were willing to pay me that. Everyone was happy.

With hundreds of millions of businesses all over the world, there's zero scarcity when all you need is one more client.

Next in the series: The Power of Differentiation