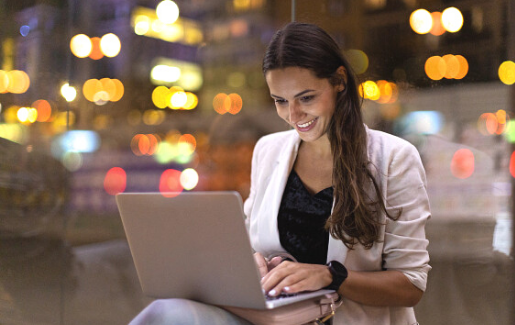 Linux is not managed by a single vendor, so understanding and selecting the right version can be difficult.

If you use Microsoft Windows or Apple macOS, you are accustomed to these vendors retaining tight control of the reins. The vendor decides when to release major updates, and they are usually offered via automatic update features. The vendors also decide when older versions are retired, and the option to purchase these older versions is removed. You don’t have choices.

This makes it difficult for those new to Linux to understand the concept of distributions. There are many versions of Linux, and most of them never expire. They are almost always freely downloadable from somewhere on the internet and are still available long after they are considered obsolete. It’s your choice. You can use a cutting-edge or ancient version of Linux.

If you don’t find exactly what you need from a Linux version, you are free to create your own, customized to meet your specific requirements. This is due to the open source nature of Linux and most Linux applications.

What Is a Linux Distribution?

Officially, a distribution is a combination of a Linux kernel, various applications and a software management system called a package manager. Unless you have some context, this can be a difficult concept to wrap your head around.

I like to explain Linux distributions like this: A distribution is a Linux version containing the applications needed to fulfill a specific purpose. The word “distribution” is sometimes cut down to “distro.” That should immediately lead you to wonder what kinds of purposes might exist.

Here are a few examples:

To understand how a given Linux distribution is different from another, you must consider the purpose for which each is intended. Distributions contain different software, a user-friendly (or not-so-user-friendly) interface and are compiled for a particular platform.

Before I suggest particular distributions, stop and consider how you anticipate using the operating system:

These choices will inform the Linux version you choose to download.

3 Ways to Manage Software in Linux

Part of the definition of a Linux distribution includes a software management system called a package manager. This is another component of Linux that is radically different from Windows and macOS. Those two platforms basically offer just one way to manage software, and it is controlled by the vendors.

The two main package management methods (RPM and Deb) are key dividers within the Linux family. While there are thousands of Linux distros, most of them manage software either the Red Hat way or the Debian way.

In other words, if you select a distribution derived from Red Hat Linux, you will use the Red Hat package manager to install, update and remove software.

Likewise, if you select a distribution derived from Debian, you’ll use the Debian package manager to maintain your software.

It’s worth noting that compiling software from source code is uncommon in the Windows or macOS worlds. Most applications for those two platforms are proprietary, and the source code is not freely available online.

But that’s not the case with Linux. Compiling from source code offers you flexibility and customization for your application installations.

Common Linux Distributions And How To Choose

For more detailed information, visit distrowatch for access to hundreds of available Linux distributions and descriptions.

I’m a security professional and I want to conduct penetration testing in my network.

When explaining the concept of Linux distributions, I like to use a relatively famous version named Kali Linux. Kali is purpose specific. It comes with security tools already installed. You can use Wireshark to intercept and read network traffic, you can use Nmap to scan for network nodes and you can use John the Ripper to crack passwords.

However, Kali is just as important an example by what it is not: it is not good at music recording or the creation of 3D animation projects. While it could be used as a file server, that’s not one of its strengths.

I’m a musician, and I’d like to record a song using Linux.

Ubuntu Studio is another great example of a purpose-specific distro. It comes with software pre-installed for recording and editing music, movies and photographs, as well as creating visual art and publishing content.

Ubuntu Studio is focused on these sorts of tasks, and therefore it does not include the security tools that are pre-installed on Kali Linux or the file management capabilities needed for a network file server. Could those tools be added? Certainly, but that would defeat the purpose of this distro.

I’m a server administrator, and I’d like to stand up a new Linux file server.

Some say Linux shines at its brightest when it is used as a server platform. The operating system can be pared down to just the bare essentials, leaving all remaining hardware resources available for its primary service (in this case, file management).

A Linux file server does not have the fancy user interface offered by Ubuntu Studio or the massive number of pre-installed security tools available with Kali Linux. The server just needs a few basic tools including a backup agent, file compression utilities and network functionality.

In this case, a distribution such as Red Hat Enterprise Linux (RHEL) might be best. Red Hat offers support subscriptions, a predictable release schedule and long-term support (LTS), all of which may be essential to your business needs. Finally, RHEL was built from the ground up as a server and does not contain extraneous software such as pen testing or multimedia development applications.

How To Get Started

It is cheaper and easier to get started with Linux than with macOS or Windows. Virtually all distributions are free under the Gnu General Public License (GPL), so you can download and try as many as you’d like.

Take a look at these articles about getting practice in on your own and how you can use Raspberry Pi to practice Linux.

If you’re a beginner, Linux Mint and Ubuntu Linux are very user-friendly and contain general day-to-day applications, including web browsers, word processing applications, photo management utilities and tools to stream music. Both distributions are Debian-based, so you’ll land on that side of the family. If you’ve decided to purchase a Raspberry Pi device, you can start with a Debian variation named Raspbian.

Within the Red Hat family, take a look at Fedora Linux. It is also user-friendly and contains the usual applications an end-user just getting started with Linux might want.

If you have prior Linux experience and consider yourself an advanced user, I suggest  Red Hat Enterprise Linux and Ubuntu Server. These platforms are designed with server installations in mind and contain the appropriate management tools. Kali Linux is a choice for advanced users, as well.

What Linux Certification Should I Get?

Before getting certified, you’ll want to get experience with both the Red Hat and Debian branches of the Linux family tree. CompTIA Linux+ includes exam questions pulled from both platforms.

Don’t be afraid to try lots of distributions. You’ll be able to download most of them directly from the vendor and install them on virtual machines. When you are ready to choose a distro for more permanent use, pay close attention to the stated role of the Linux system compared to how you intend to use it. While Windows and macOS are fairly generic, Linux distributions can be tuned for very specific uses. Select the one that best fits your needs.

The new CompTIA Linux+ exam comes out this summer. Stay up to date on all things Linux+ by signing up for CompTIA’s IT Career Newsletter. As a thank you, you’ll get 10% off your next purchase.