From Awareness to Accountability: How to Close the Gender Gap in Tech 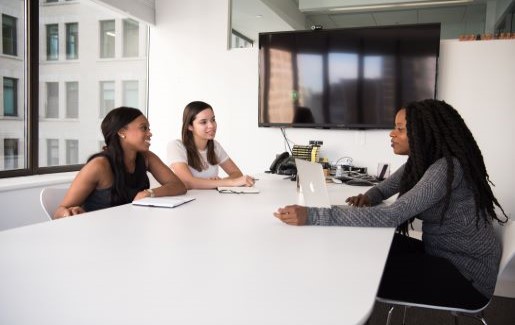 The last year has brought a renewed focus on diversity in the workplace—as well as a call for increased accountability on programs aimed at bringing more women and underrepresented populations into the tech industry. According to CompTIA’s 2021 Industry Outlook report:

There’s plenty of statistics to back up the ongoing gender gap in tech—as well as the lack of representation of minority groups:

First-person accounts align with the statistics. According to Madelene Campos, software developer at BrightGauge, a business management platform owned by CompTIA member ConnectWise, “In many industries, not just in tech, being taken seriously due to gender perception continues to feel like an issue. We often need to ‘prove ourselves’ more than men to show what we’re capable of. To help address this, organizations need to work with their HR teams to ensure that their employees, regardless of gender, are receiving equal pay and benefits.”

There is still much work to be done, though there are plenty of bright spots. Below, we’ve rounded up inspiring stories about women who are choosing to challenge the status quo. We've also included links to resources designed to encourage women to enter the industry as well as how you can connect with CompTIA's Advancing Women in Technology Interest Group now to network and get career support.

One Woman’s Journey from Stage to Technology Career

Chloe Condon, senior cloud advocate at Microsoft, found her way into technology after facing the financial constraints of her musical theater passion. But in that switch, she became an evangelist for women in technology. Condon shares her perspective and advice, including how to make big workplace diversity goals feel actionable. Read her story.

In need of inspiration for your technology startup? Read about three young women entrepreneurs including Riya Karumanchi, the 15-year-old founder and CEO of SmartCane; Chioma Ifeanyi-Okoro, founder of My African Corner; and Vanessa Vakharia, founder and CEO of The Math Guru, who are blazing their own trail in the industry. Read about their journeys.

Research consistently shows a gender gap in cybersecurity jobs. For business owners and managers struggling to figure out how to get more women to apply, this article offers actionable steps you can take to attract women and other underrepresented populations to the field of IT security. Read more.

We’ve also put together a list of resources to help encourage women to pursue cybersecurity careers. You can find those resources here.

Karen Gordon, founder and chief design facilitator at WE Design Think in Chicago has been studying blockchain and ideating applications for distributed ledger technologies, and believes it has the potential to do big things. According to Gordon, as the future of blockchain is being sorted, everyone is at square one learning the underpinnings and developing applications. In that neutral space, women are stepping into blockchain. Read more about women in blockchain.

As New York state continues to invest in emerging technology, smart city projects that aid in fleet asset management, public safety, transportation and data collection are popping up across the region with women taking the lead in various ways. Debra Snyder, chief information security officer for the state of New York, oversees smart city technology throughout the state and designs plans so citizens from the Hudson Valley to Lake Champlain can benefit from crime prevention and analytics, faster response times and transparency in local government. Read her story.

The CompTIA Advancing Women in Technology Interest Group is an online forum focused on changing workplace cultures to be more inclusive, raising awareness of the unique concerns of women, and improving opportunities at all levels of the technology workforce. Join now to access meaningful discussions in the forum, discover relevant resources, participate in mentoring and sponsorship, network with women in the industry and more.

Think Hybrid When Thinking Cloud, HPE Says
How Can You Engage 100% of Your Employees? DEI Initiatives Are a Great Start
If You Keep Doing What You’re Doing, You’ll Keep Getting What You’re Getting
My CompTIA Cloud+ Favorites: Virtualization and Resource Management
END_OF_DOCUMENT_TOKEN_TO_BE_REPLACED

Jabra PanaCast Review - Get Your Huddle On
END_OF_DOCUMENT_TOKEN_TO_BE_REPLACED