By Karl Palachuk
Tweet
Got a note over the transom from my friends at ASCII . . .

Congratulations to Datto, GFI Max, and all the winners!!! 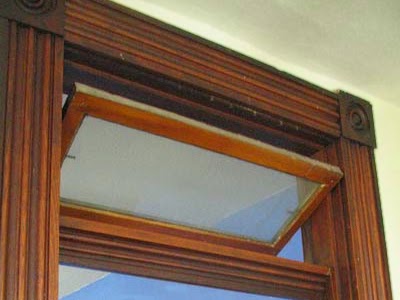 Bethesda, Maryland - October 24, 2014 -- The ASCII Group, a membership-based community of independent MSPs, VARs and Solution Providers, is pleased to announce the winners for its annual ASCII Cup, where awards are given for the ASCII Cup winner, Top Contenders and Esteemed Noble Partners.  The awards are presented each fall to technology companies that have showcased channel goodwill and a commitment to helping ASCII members grow their businesses more efficiently.  Winners are voted upon by ASCII members at regional events, and the Cup and awards were presented at the ASCII Success Summit on October 23, in Atlantic City, New Jersey.

The humble beginnings of the ASCII Cup are unknown; some say it was discovered after packing up the last box of the final Comdex show, while others think it was discovered in the secret tunnels under a certain campus in Redmond.  Some even believe it has been handed down by the Knights Templar.  Regardless of its origins, the ASCII Cup has power.  As the legend goes, for those who are bestowed to guard it, they will prosper from its keeping.  For those who drink from it, they will flourish from its power.

ASCII Success Summit attendees vote for the vendors in 11 different categories: Best Software Solution; Best Hardware Solution; Best New Product; Best Cloud Solution; Best Revenue Generator; Best Channel Incentive; Best Channel Program; Best Partner Commitment; Best Customer Support; Best Distribution Sales Support; and Best in Show. The winners at each show are selected based on the votes by the solution providers; at the end of the year the winner of the ASCII Cup is determined from the results of all the shows.  The 2014 winners of The ASCII Cup, Top Contenders and Esteemed Noble Partners were announced at a private industry gathering at Dusk Night Club.

The ASCII Group is pleased to honor the recipients of this year's ASCII Cup, for they exemplify the principles on which the Cup was established.

The 2014 ASCII Cup Vendor of the Year is Datto.


Knighted as the Top Four Contenders for The ASCII Cup are GFI MAX, HP, Lenovo and LogMeIn.

Knighted as The Distributor of the Year was D & H for getting the most votes throughout the year in this category.

"The ASCII Group and its community wholeheartedly congratulate Datto as this year's ASCII Cup recipient.  We would also like to recognize the Top Contenders, Esteemed Noble Partners, and all of the companies featured at our Success Summits, for remaining committed to delivering value and significance to the channel," said Jerry Koutavas, President, The ASCII Group, Inc.

Photos and video of the celebration will be made available on The ASCII Group and The ASCII Cup Facebook pages.

About The ASCII Group, Inc: