You Oughta Be in Pictures 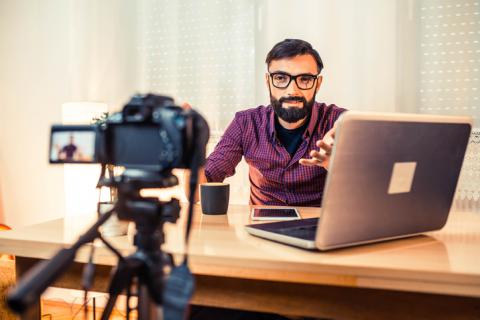 Using video for marketing can provide a far-reaching and long-lasting ROI—and it’s not necessarily cost-prohibitive. By Carolyn Heinze
Tweet

VIDEO CAN BE A POWERFUL marketing tool for channel pros seeking to simultaneously establish themselves as experts in their field and build brand recognition. It’s also a great way to engage both prospects and existing clients. And while producing video isn’t cheap, it’s not necessarily out of reach for IT solution providers and MSPs.

Andrea Kalli views video as a “middle of the road” marketing investment. It’s less than paying for advertising on Google, but more than outsourcing blog copy or monthly newsletters, or leveraging social media and local networking events, says the founder of VirtualAssist.net, based in Aurora, Colo., which creates videos for MSPs.

Not every video has to be superslick either, she adds. VirtualAssist produces content such as “meet the company” videos that appear on MSP home pages, how-to clips on tech-related processes, and educational pieces on topics such as cybersecurity. Kalli says an MSP may want to invest more in a “meet the company” video, for instance, while taking a DIY approach to a security awareness clip on phishing.

To get started, Andy Howard, founder and managing director at Howard & Associates, an IP video and video strategy consultancy in Madison, Conn., recommends that channel pros first determine what video-related activities can be handled in-house and what may be best left to an outside production company. “A lot of it depends on who your audience is, and what you’re trying to accomplish,” he says. “It’s just like any other marketing program: You need to know what your goals are, and then make sure that the content you’re creating is meeting those goals.”

Howard urges channel pros to start small, a tactic Charles Henson followed. Five years ago, the managing partner of Nashville Computer, an IT services firm in Brentwood, Tenn., challenged himself to start using video to provide valuable information to customers and prospects. Cybersecurity is one of his favorite subjects, so he began offering webinars, which grew into seminars, and then speaking engagements.

All this practice paid off. When the producers of Cyber Crime, a documentary sponsored by Datto, asked Henson to be one of the 10 experts featured in the film, he was ready for his close-up. What’s more, being in the film has led to more media opportunities (such as radio interviews), and has inspired Henson to continue amping up his video output on platforms such as Facebook Live and LinkedIn (which, in turn, is connecting him with more opportunities, he says).

Henson acknowledges that some MSPs may be shy about appearing on camera like he was. Through practice, however, he grew increasingly comfortable.

He also points out that creating a video can be as easy as turning on your phone and hitting “record.” “Don’t overthink it––it’s OK to make mistakes,” he advises. “Stumble through your words and just keep going––it makes you human. And then just publish the content. Because the more you think about having to get something right, you’ll never get it done––you’ll never end up with the goal achieved, which is getting the video produced.”

For Henson, the best videos are short (he favors 30- to 60-second clips), simple, and informative. “People don’t want to buy what they’re sold; people want to buy based on what they’re educated on,” he says. By providing valuable information over video, channel pros can help their prospects and clients make informed purchasing decisions. “Be an educator,” Henson advises. “Add value to what you’re putting out into this world and that will come back to you.”

The value of that investment can keep coming back to you for a long time as well, since video’s lifecycle can be considerable. Says Kalli, “The great thing about video is once you spend the money to get it created––especially if it’s an evergreen topic––you reap the rewards as long as you put it out there.”