Xerox Has SMBs in Its Sights 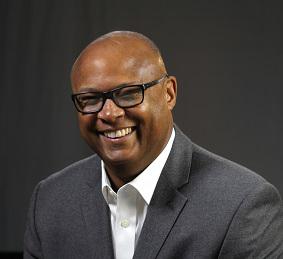 The print market powerhouse is recruiting channel pros to assist with a strategic push into a vast and underexploited market. By Rich Freeman
Tweet

FOR MOST BUSINESSES, an iconic brand, a $10.3 billion top line, and a giant enterprise business would be cause for self-congratulation. When it comes to print market powerhouse Xerox Corp., however, enough is never enough. Eager for new frontiers to conquer, the Norwalk, Conn.-based company now wants to grab an outsized hunk of the SMB market as well.

Hard to blame Xerox, either. In the U.S. alone, the company estimates, print outlays by SMBs total more than $15 billion a year. “That’s a huge opportunity,” says President of Xerox Channels Pete Peterson (pictured). “We feel that we’re just scratching the surface in our ability to support that business, and it’s clearly an area of focus for us.”

Just how big an area of focus became apparent last March, when Xerox executed the largest product launch in its then 110-year history, rolling out 29 single- and multifunction additions to its ConnectKey printer family. Most of those products, which are equipped to run productivity-boosting apps from Xerox itself and third-party developers, are aimed squarely at SMBs, says Peterson, who joined the company just weeks after the arrival of that giant product wave.

The timing was no coincidence. A 20-year veteran of distributor Tech Data Corp., Peterson came onboard with deep knowledge of the SMB channel and a charter that includes expanding the vendor’s SMB-oriented Velocity partner base, which is currently close to 15,000 IT resellers in North America.

Figuring out what those resellers want more of from Xerox was an early priority for Peterson. A lot of the feedback he received boiled down to one concept: simplicity. The typical Velocity partner sells a wide range of products to meet a wide range of needs. “Next thing you know, they’re selling 10 or 15 brands that have 10 or 15 programs,” Peterson notes. Juggling all those relationships can be time-confusing work.

As a result, the revamped Global Partner Program that Xerox introduced this January is designed to be easy to enter, easy to understand, and easy to manage. For example, essential information, including sales figures for printer hardware and supplies that used to be maintained separately, is now all available in one place. “We’re just trying to connect the dots in an environment where there’s multiple offerings, multiple products, going across multiple areas of the value chain,” Peterson says.

The new program also aims to be much clearer than its predecessor about the rebates, market development funds, and other benefits resellers earn for meeting their goals. “Our partners now know exactly how they’ll be rewarded based on the metrics and targets that we’re giving them,” Peterson says.

Most of those targets are revenue-based. “We want to reward growth,” Peterson notes. Growing sales is the chief criterion for rising through the Global Partner Program’s silver, gold, and platinum ranks as well, along with acquiring new skills and certifications.

Xerox is especially eager to help partners amass skill in managed print services (MPS). “The SMB piece of the MPS business is growing probably 2x what the overall MPS market is growing, and it’s in the double digits,” Peterson says.

Like its ConnectKey printers, which support customized, client-specific workflows, Xerox’s managed print portfolio can serve as a foundation for entirely new income streams. “We’re certainly interested in helping [partners] win a transaction, but we’re more interested, quite frankly, in helping them build a practice,” Peterson says.

Because enough should never be enough for a Xerox partner any more than it is for Xerox itself.

Brother Is Mining A4 Gold Through the Channel
June 4th, 2019

Complexity Is the Secret to Success for NetSuite and Its Partners
December 16th, 2019