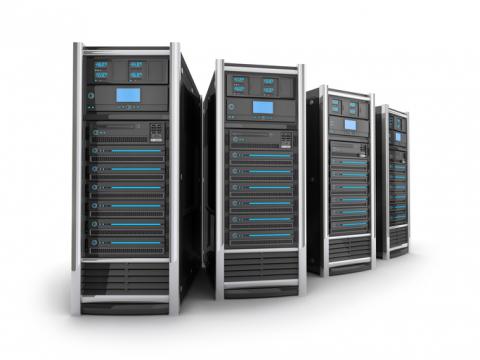 Optimizing servers for specific client workloads is a value-add that system builders can offer their customers. By James E. Gaskin
Tweet

SPECIALIZATION can be as effective a profit-maximizing technique for system builders as it is for IT service providers. That’s why smart integrators optimize servers for the workloads they need to perform.

“Half the midsize companies we talk to go direct to the vendor,” says Mike Cisek, research director at Gartner, “but vendors are not telling the customers what they want to hear, so they go to their VAR for services, augmentation, and to supplement their IT staff. They want a total solution, including hardware configuration and software integration.”

Cisek cautions against discussing hardware bells and whistles, urging integrators to focus on the business problem instead. “Customers care less about the server details than they care about solving their problems,” he says. “They want endless cloud storage from Amazon at a low cost and complexity. Resist the temptation to focus on the internal details of the hardware during the sales pitch.”

Lee Abrahamson, vice president and CTO at Equus Compute Solutions, based in the Minneapolis area, hosts what he calls “an IT therapy session” at the start of every customer engagement to get a full understanding of the client’s needs. “Just having to discuss it and do some research helps the clients get smarter and the solutions get a bit tighter,” he says.

Indeed, clients often want the most but also want to spend the least. “Budgets may cause them to cut back on the wrong component for the project,” Abrahamson explains. “We want to prevent bad configuration mistakes where the server is too slow, or the customer paid too much and blew their budget.” For every computer there are lots of choices, he stresses.

Integrators can help customers find a balance between what they want and what they need. “Intel offers 50 different CPU models, costing up to maybe $10,000. There’s always a balance you help the customer find, but it’s often hard to decide without overbuying,” Abrahamson says.

Some considerations include, is this a single application database or a virtual desktop server? Or if you’re building a cloud for a customer, and you know they’ll need 50TB or 100TB of storage, should they be spinning disks, which are slower but cheaper? Or does the customer need SSDs for speed? Can a couple of SSDs for caching make the necessary speed improvements? “We get into that discussion almost every time,” Abrahamson says.

“For every application the customer uses, look at the needs for compute, storage, networking, management, and more.”

That’s why eliminating hardware confusion alone can be a big help, he adds. “You don’t want to overwhelm them with decisions.” For example, Abrahamson says, Super Micro has thousands of things to buy; Dell has a handful. “Ask your customer what success looks like to them, and what does the ROI for success look like?”

Sometimes that answer is an appliance-type server, like a backup device or a cloud gateway. Sometimes a server needs both lots of memory and CPU power, as in a storage deduplication server.

For Cisek, the configuration may be a white-box hyperconverged infrastructure system like the solution from Scale Computing, of Indianapolis. “They build in everything, so an organization of five people can run it,” says Cisek. “But large organizations with large IT staffs will care about the technical differentiation of their servers.”

Abrahamson sees the chance to optimize servers for client workloads as another added value provided by integrators. “For every application the customer uses, look at the needs for compute, storage, networking, management, and more,” he advises. “Don’t lock them in with proprietary hardware but earn repeat sales from selling them the best server for their situation.”

Keep in mind, too, that the European Union’s General Data Protection Regulation will have an impact on long-term file storage, says Abrahamson. “If someone asks to be deleted, can you do that with tape that’s three years old stored off-site? People use tape because it’s cheaper, but spinning disks in the next 18 months may be down around the price level of tape.”