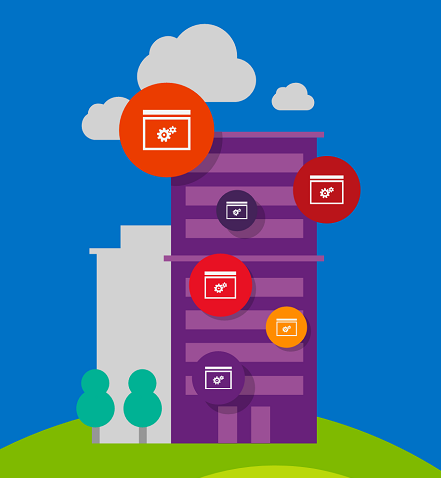 The end of support for Windows Server 2003 has inspired fewer server sales than some channel pros projected. By Rich Freeman
Tweet

That support for Microsoft’svenerable Windows Server 2003 operating system expired on July 14 is a well-known fact. Whether that long-anticipated milestone fueled increased sales of server hardware, by contrast, depends on whom you ask.

The answer is an emphatic “yes” according to Sana Ana, Calif.-based distributor Ingram Micro Inc., which has experienced rising Windows Server 2003–related hardware sales for several consecutive quarters. Better yet, adds Tom Blankenhorn, Ingram’s senior director of sales and vendor management, those server upgrades have inspired many companies to update their power, cooling, and networking gear too. “We are absolutely seeing tailwinds across the data center,” he says.

Todd Swank, however, isn’t. Swank, the senior director for product marketing at system builder Equus Computer Systems Inc., of Minnetonka, Minn., expected Windows Server 2003 retirements to do for server sales this year what Microsoft Windows XP migrations did for desktop sales last year, only to be disappointed by a much less lucrative reality. “It just hasn’t been a thunder of upgrades like we were anticipating,” he says.

Market trackers at analyst firm Gartner Inc. haven’t seen Windows Server 2003 affect hardware purchasing much either. Server sales are up this year, notes Kuba Stolarski, Gartner’s research manager for servers, virtualization, and workloads, but Microsoft’s aging OS has had nothing to do with it. “So far, we haven’t noticed anything that we can directly attribute to Windows [Server] 2003,” he says.

Taking Their Time
Recent survey data hints at one possible explanation for that trend: Despite months of prodding by Microsoft and its resellers alike, businesses have been in no rush to replace their Windows Server 2003 hardware.

Indeed, of the 90,000 North American servers studied by Toronto-based solution and managed services provider Softchoice Corp. during the first half of 2015, 21 percent were still running Windows Server 2003, down just 11 percent from the same period last year. And 76 percent of Windows Server 2003 users worldwide had yet to either start or complete their migration to a newer platform as of this March, according to research by partner community and managed services tool provider Spiceworks Inc., of Austin, Texas.

The Spiceworks study holds additional bad news for hardware resellers. Some 74 percent of surveyed companies that have fully or partially migrated off of Windows Server 2003, or that plan to migrate eventually, say they’re moving at least some of the applications affected by that process onto existing virtualized servers rather than replacement boxes, while another 12 percent say they’re porting affected apps into the cloud.

Two-in-One Opportunity
Looking forward, Swank expects the end of support for Microsoft’s relatively little-used SQL Server 2005 database next April to drive even fewer server shipments than Windows Server 2003’s end of life did. “I don’t anticipate the same level of impact just because it definitely is a smaller segment of the market,” he says. Stolarski agrees. “The expectations overall are lower for us,” he states. “We’re not really thinking about it at all.”

Ingram’s Blankenhorn is, though, and he advises hardware VARs to do the same. He notes that most of the remaining SQL Server 2005 implementations out there are running on Windows Server 2003. Blankenhorn adds, “We really see an opportunity to have a two-in-one conversation.”

Ingram aims to make sure its partners capitalize on that opportunity too. “You can expect that we will do a lot of the same things we did with Windows Server [2003],” Blankenhorn says. That’s likely to include reseller training and education programs, end-user awareness campaigns, and targeted demand-generation efforts in which Ingram dips into its vast trove of sales data to show partners exactly who among their existing clients probably needs an upgrade.

Swank, for his part, hopes those companies make migration a priority. “Anybody staying on an unsupported operating system or product like SQL [Server 2005] is just asking for trouble,” he says.

Staying Secure Amid the Uncertainty
SMB Books moving to a new site: Get your downloads now!
END_OF_DOCUMENT_TOKEN_TO_BE_REPLACED