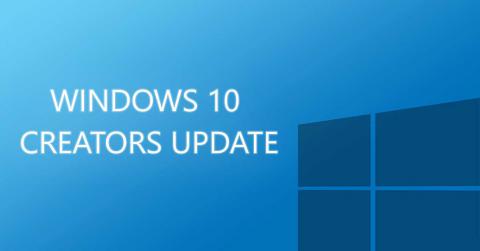 Like the Autobots vs. the Decepticons, the Windows 10 Creator’s Update is Microsoft’s transformer currently disguised as a 1995 semi-truck.

A FEW WEEKS AGO, my son was introduced to the Transformers, a franchise that rose to popularity during my years as a wee lad. For those who missed out on 30 years of toy lines, animated cartoons, comic books, video games, and several blockbuster Michael Bay movie adaptations, the Transformers—the Autobots and Decepticons—are giant cybernetic (yet alive) robots from the planet Cybertron, fighting a war here on Earth.

The back story of how and why these robots ended up battling each other while causing serious property damage on our little planet varies between the comics, TV show, and movies, but the gist is that these massive bots can “transform” into other objects, namely vehicles like cars, trucks, tanks, planes, and so on, to blend in among us Earthlings. Trust me, like most things geek, the story of the Transformers is ridiculously complex.

That said, I can think of no better analogy than the Transformers to the war brewing between our current technology behemoths for the future of transformable devices. The constant evolution of hardware provides the weapons with which to fight, but the real war is for who controls them. If Microsoft powers the Autobots, the Decepticons are here and are fighting back.

To make this interesting, all players involved will be given names based on Transformers, the 2007 Michael Bay film.

Apple (Starscream) inadvertently fired the first shot with the iPad. Since then, Microsoft (Optimus Prime) fought back as the primary driver of transformable computer hardware, pushing Surface as the tablet that can be your laptop. Its horde of Autobots, namely Lenovo (Ironhide), HP (Jazz), Dell (Ratchet), and ASUS (Bumblebee) followed their leader into battle with new and innovative transformable devices that essentially killed the standalone tablet market. Optimus Prime vowed to improve the Autobots’ morphing capabilities via Windows 10, so it can provide a one-OS-fits-all solution (I guess the All-Spark in this example) that protects all hardware, including PCs, notebooks, phones, IoT, and more.

Since then, Google (Megatron) played Chromebook as an alternative productivity tool, while secretly deploying Android (Frenzy) as an “open source OS” to take out the Autobots once and for all. Starscream’s iPad Pro put the Autobots on the defensive, while Samsung (Bonecrusher), LG (Barricade), Motorola (Brawl), and Amazon (Blackout) deployed Frenzy into smartphones and tablets across the globe. Next, Megatron ordered Bonecrusher to showcase a phone running Frenzy that can dock to offer users a full productivity experience, taking it one step closer to the All-Spark.

However, Optimus Prime and the Autobots are moving to the Windows 10 Creator’s Update, giving them new tools and weapons for battling the Decepticons.

Many of the visible improvements play to their core productivity focus, offering up features such as enhanced tools to produce 3-D content, solid advances in augmented and virtual reality, and enhancements to gaming that will cement their dominance in the battles of other foes seeking to defeat the Autobots.

At first glance, the Creator’s Update is underwhelming, but underneath it is a true secret weapon getting ready to strike the Decepticons with force. Optimus Prime is planning a full takeover of the very same hardware and features that often give Megatron and the Decepticons their edge, namely a competitive software library on ARM processors. If the Autobots are to be believed, they are but one major update away from making the full Autobot software library (Mikaela Banes), which currently can only be run on processors from Intel (Archibald Witwicky) and AMD (Sam Witwicky).

If you followed all of that, congratulations! You are a true Transformers fan!

The Story, in English

If you didn’t, let’s summarize. Microsoft wants one OS that offers a compelling productivity experience, automatically transforming the user interface and interaction model based on the hardware available. With a small screen display enabled with touch, it will present a finger-friendly phone UI with phone-style apps. Dock that same phone to something attached to a monitor, keyboard, and mouse, and it will give you a full Windows desktop experience. Historically, phones on ARM can’t run traditional Windows desktop software, but the foundation is set to bring that functionality to users soon.

However, Microsoft’s competitors are pushing their once mobile-only solutions into the productivity space. Apple and Google have developer support for iOS and Android on their side, and both have showcased firm steps into Microsoft’s dominant position in productivity, like the iPad Pro and Samsung’s recently unveiled “Dex” dock, which gives users of the Galaxy S8 smartphone (running Android) a desktop computing experience.

And seriously, watch the 2007 Transformers movie. You’ll have a whole new appreciation for this article.

In the meantime, take a look at some of the new features in the Windows 10 Creator’s Update. >>